US service sector drops, first time in a decade 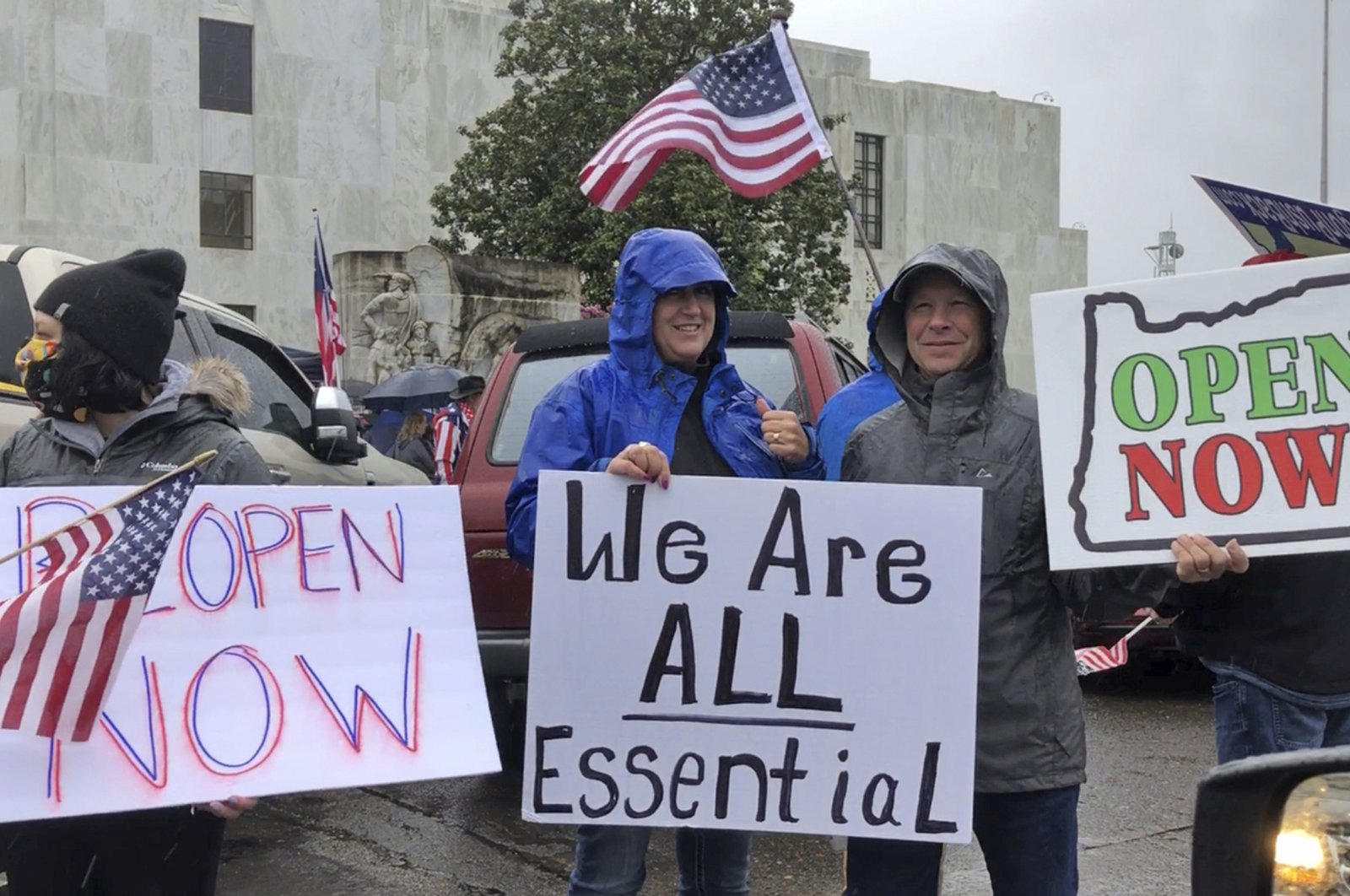 People hold signs protesting Oregon Gov. Kate Brown's executive order that shut down much of the state's economy and imposed social distancing, in her effort to stem the spread of the coronavirus, rally outside the Oregon State Capitol in Salem, Ore., May 2, 2020. (AP Photo)
by AP May 05, 2020 7:00 pm
RECOMMENDED

The U.S. service sector shrank for the first time in a decade last month as the pandemic forced shutdowns and layoffs nationwide.

The Institute for Supply Management (ISM) said Tuesday that its service-sector index fell to 41.8 in April, compared with a March reading of 52.5.

Any reading below 50 signals that the service sector, where the majority of Americans work, is in a contraction. It was the first time the services index has been in contraction since December 2009 and it was the lowest reading since March of that year with the nation mired in the Great Recession.

In April, all major categories fell sharply with the business activity index dropping to 26, the lowest reading on record. The new orders index fell to 32.9, and the employment index dropped to 30.

In the agriculture sector, survey respondents said that the virus had created significant challenges with milk prices plunging 29% in a just a few weeks. "Milk is being dumped on farms because of the loss of markets,” the ISM survey found.

The Congressional Budget Office is forecasting that the overall economy, as measured by the gross domestic product, will plunge by a record annual rate of 40% in the current April-June quarter.

Last week, the ISM also reported that its manufacturing index was in contraction territory with a reading of 41.5 in April.

While the Trump administration is hoping for a big rebound this summer if and when the economy reopens, many economists believe the recession could drag on until a vaccine is widely available.

"Social distancing measures are being gradually lifted, but it will take time to undo the economic damage,” said Oren Klachkin, lead U.S. economist at Oxford Economics. "Significantly weaker demand, supply chain disruptions... and uncertainty over the virus' trajectory will pose considerable headwinds to an economic rebound.”