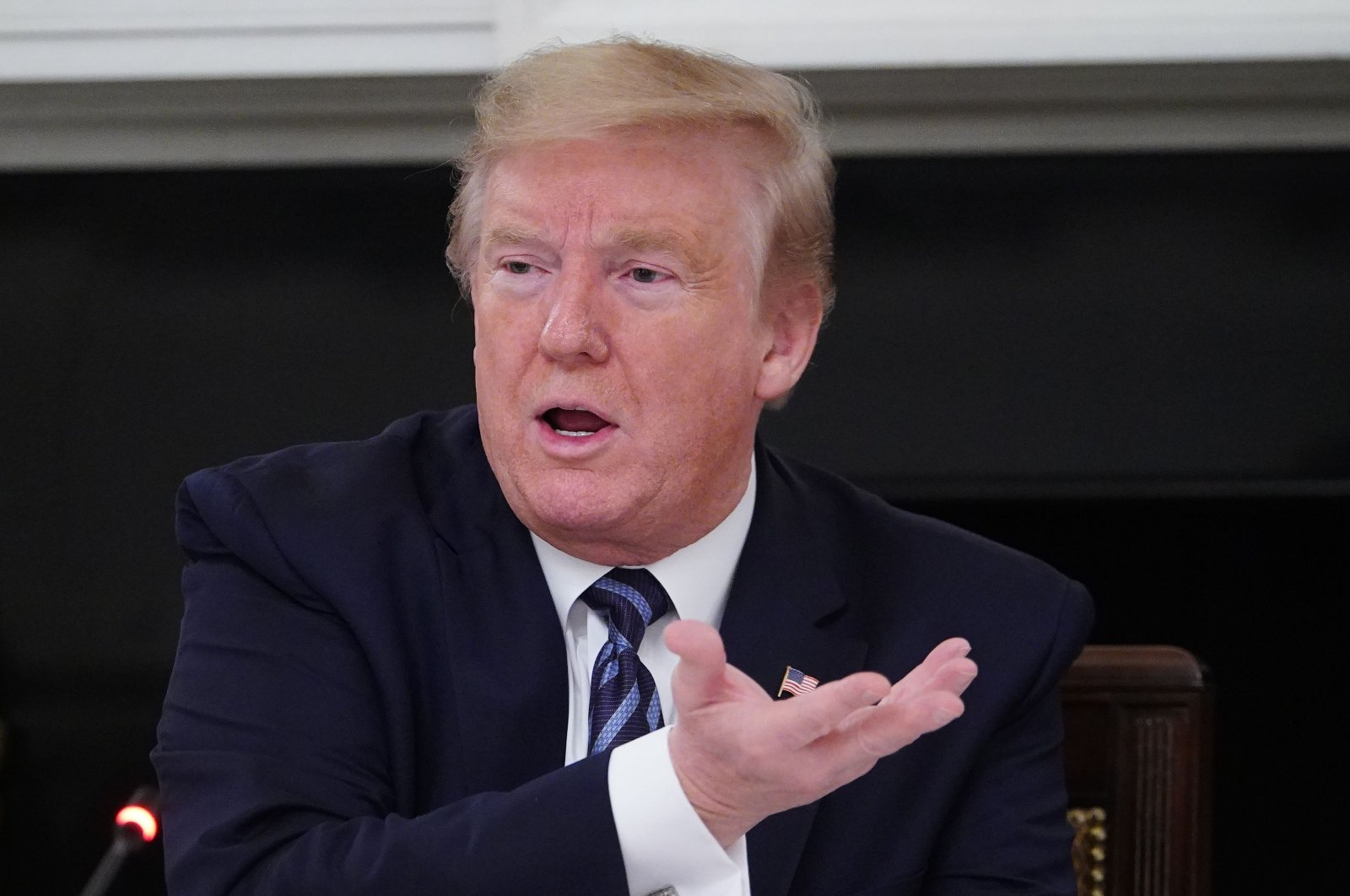 In this file photo U.S. President Donald Trump speaks during a meeting with Republican members of the U.S. Congress in the State Dining Room of the White House in Washington, D.C., May 8, 2020. (AFP Photo)
by ASSOCIATED PRESS May 12, 2020 3:46 pm
RECOMMENDED

The U.S. Supreme Court is taking up President Donald Trump’s bid to keep his tax, bank and financial records private, a major clash over presidential accountability that could affect the 2020 presidential campaign.

The justices are to hear arguments by telephone Tuesday morning in two cases about subpoenas from congressional committees and the Manhattan district attorney. The court, where six justices are age 65 or older, has been meeting by phone because of the coronavirus pandemic.

Rulings against the president could lead to the campaign season release of personal financial information that Trump has kept shielded from investigators and the public.

The cases resemble earlier disputes over the presidents’ assertions that they were too consumed with the job of running the country to worry about lawsuits and investigations. In 1974, the justices acted unanimously in requiring President Richard Nixon to turn over White House tapes to the Watergate special prosecutor. In 1997, another unanimous court allowed a sexual harassment lawsuit to go forward against President Bill Clinton.

In those cases, three Nixon appointees and two Clinton appointees, respectively, voted against the president who chose them for the high court. The current court has two Trump appointees, Justices Neil Gorsuch and Brett Kavanaugh.

Appellate courts in Washington and New York have ruled that the documents should be turned over, but those rulings have been put on hold pending a final court ruling. The appellate decisions brushed aside the president’s broad arguments, focusing on the fact that the subpoenas were addressed to third parties asking for the records of Trump’s business and financial dealings as a private citizen, not as president.

House committees want records from Deutsche Bank and Capital One, as well as the Mazars USA accounting firm. Mazars also is the recipient of a subpoena from Manhattan District Attorney Cyrus Vance Jr.

Two congressional committees subpoenaed the bank documents as part their investigations into Trump and his businesses. Deutsche Bank has been one of the few banks willing to lend to Trump after a series of corporate bankruptcies and defaults starting in the early 1990s.

Vance and the House Oversight and Reform Committee sought records from Mazars concerning Trump and his businesses based on payments that Trump’s then-personal lawyer, Michael Cohen, arranged to keep two women from airing their claims of affairs with Trump during the 2016 presidential race.

Trump sued to block the subpoenas. He is being represented by personal lawyers at the Supreme Court, and the Justice Department is supporting the high-court appeal.