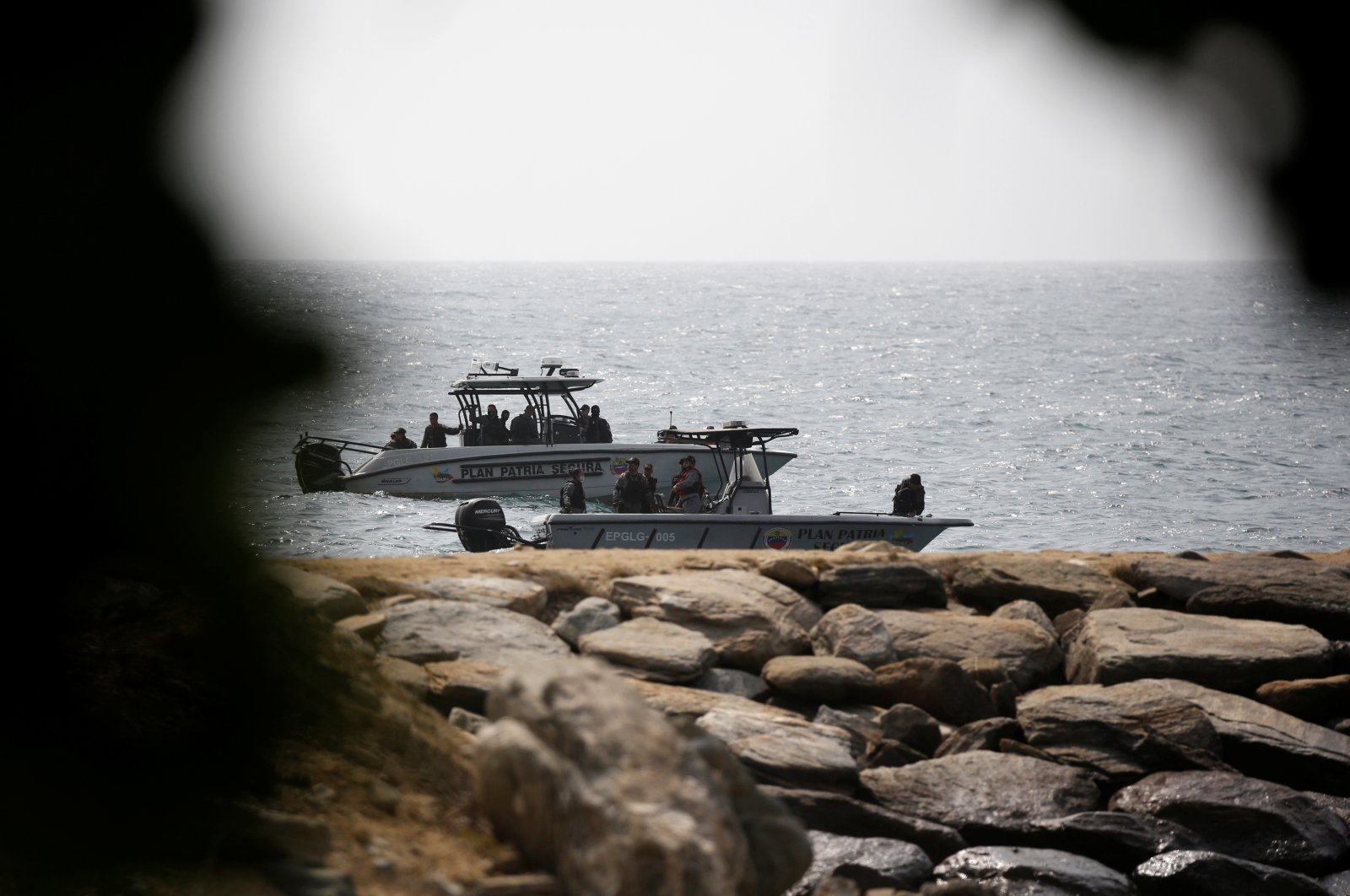 Venezuelan officials said they foiled an early morning attempt by a group of armed “mercenaries” to invade the country in a beach landing on speedboats Sunday, killing eight attackers and arresting two more.

Socialist party chief Diosdado Cabello said that two of the attackers were interrogated by authorities. Cabello said it was carried out by neighboring Colombia with United States backing in a plot to overthrow President Nicolas Maduro. Both countries have repeatedly denied earlier Venezuelan allegations of backing for military plots against the socialist government.

“Those who assume they can attack the institutional framework in Venezuela will have to assume the consequences of their action," said Cabello, adding that one of the detained claimed to be an agent of the U.S. Drug Enforcement Administration.

Interior Minister Nestor Reverol described the attackers as “mercenary terrorists” bent on destabilizing Venezuela's institutions and creating "chaos." Officials said the attack took place on a beach in La Guaira, about 20 miles (32 kilometers) from Caracas and home to the nation's largest airport.

Authorities say the attackers had vehicles and heavy arms waiting for them in the port city.

Venezuela has been in a deepening political and economic crisis in recent years. Crumbling public services such as running water, electricity and medical care have driven nearly 5 million to migrate.

A coalition of nearly 60 nations backs opposition leader Juan Guaido, who declared himself Venezuela’s leader last year, saying Maduro's 2018 election was a sham because the most popular opposition candidates were banned from running.

The United States has led a campaign to oust Maduro, increasing pressure in recent weeks by indicting the socialist leader as a narcotrafficker and offering a $15 million reward for his arrest. The U.S. also has increased stiff sanctions, cutting off Venezuela's oil sector to choke Maduro from a key source of hard cash.

Ivan Simonovis, a former high-ranking Venezuelan police official who now advises opposition leaders on intelligence strategy from Washington, speculated on Twitter that there might have been a clash between security forces on Sunday and suggested Maduro’s government created the story of a plot to justify “repression against the interim government and any Venezuelan who opposes the dictatorship."

But in addition to U.S. economic and diplomatic pressure, Maduro’s government has faced several small-scale military threats, including an attempt to assassinate Maduro with a drone and Guaido’s call for a military uprising, which was joined by few soldiers.

The Associated Press (AP) reported on Friday that an apparently ill-funded attempt to amass an invasion force of 300 men in Colombia involving a former Venezuelan military officer and an ex-Green Beret suffered setbacks in March when a main organizer was arrested, an arms cache was seized and some participants abandoned its camps.

Cabello linked Sunday’s attack to key players in that alleged plot. One of the men he said was killed, a man nicknamed “the Panther,” had been identified as involved in obtaining weapons for the force in Colombia.

Maduro and his allies say the Trump administration is determined to end Venezuela’s socialist government to exploit the South American nation’s vast underground oil reserves. Maduro remains in power, backed by the military and with international support from Cuba, Turkey, Russia, China and Iran.

Defense Minister Vladimir Padrino Lopez spoke on state TV Sunday backed by armed soldiers and tanks units to show the armed forces' resolve to defend the nation. He called the attackers mercenaries who “don't have souls. They're cowards.”

Meanwhile, Cesar Omana, a businessman who participated in an unsuccessful plot against Maduro a year ago, said some 30 armed commandos from the Sebin intelligence police raided his Caracas home early Sunday. Omana is not in the country.