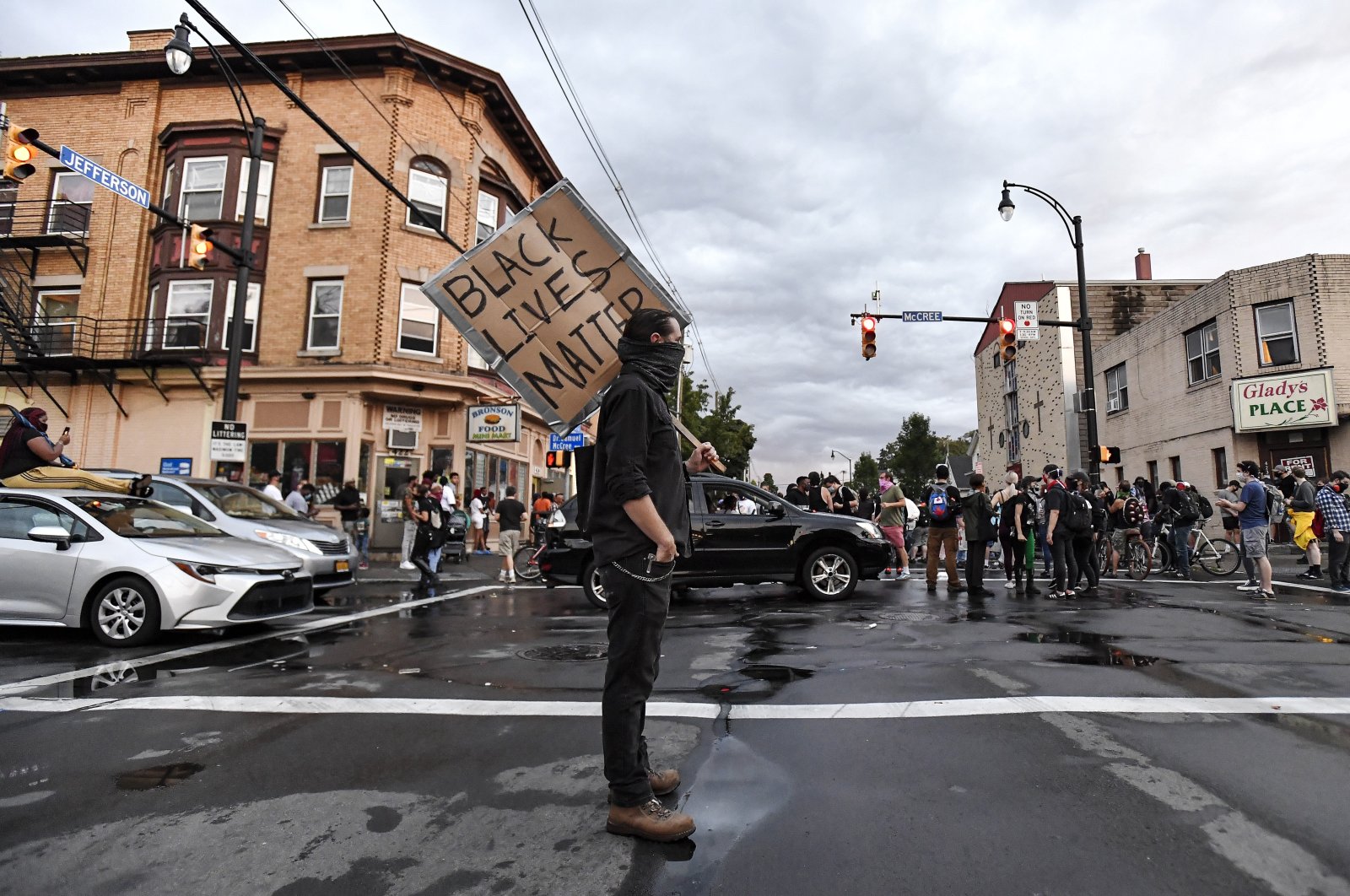 A black man who had run naked through the streets of a western New York city died of asphyxiation after a group of police officers put a hood over his head, then pressed his face into the pavement for two minutes, according to video and records released Wednesday by the man's family.

Daniel Prude died March 30 after he was taken off life support, seven days after the encounter with police in Rochester. His death received no public attention until Wednesday, when his family held a news conference and released police body camera video and written reports they obtained through a public records request.

The videos show Prude, who had taken off his clothes, complying when police ask him to get on the ground and put his hands behind his back. Prude is agitated and shouting as he sits on the pavement in handcuffs for a few moments as a light snow falls. “Give me your gun, I need it,” he shouts. Then, they put a white “spit hood” over his head, a device intended to protect officers from a detainee's saliva. At the time, New York was in the early days of the coronavirus pandemic. Prude demands they remove it.

Then the officers slam Prude's head into the street. One officer, who is white, holds his head down against the pavement with both hands, saying “calm down” and “stop spitting.” Another officer places a knee on his back. “Trying to kill me!” Prude says, his voice becoming muffled and anguished under the hood.

“OK, stop. I need it. I need it,” the prone man begs before his shouts turn to whimpers and grunts.

The officers appear to become concerned after he stops moving, falls silent and they notice water coming out of Prude’s mouth. “My man. You puking?” one says.

One officer notes that he’s been out, naked, in the street for some time. Another remarks, “He feels pretty cold.”

His head had been held down by an officer for just over two minutes, the video shows.

The officers then remove the hood and his handcuffs and medics can then be seen performing CPR before he's loaded into an ambulance.

As anger over racism spreads across US, new video shows another black man dying of asphyxiation after New York Police put "spit hood" on him https://t.co/2gz7e9YaHs pic.twitter.com/YRUnWIyQFy

The fatal encounter happened two months before the death of George Floyd in Minnesota prompted nationwide demonstrations. Floyd died when an officer put his knee on his neck for several minutes during an arrest.

Demonstrations against racism and police brutality have swept the country since Floyd's death. Last week, police in Kenosha, Wisconsin also shot a black man, Jacob Blake, in front of his three young sons and left him paralyzed, following an altercation. The shooting prompted demonstrations in several cities and led to violent clashes in Kenosha that left two people dead.

President Donald Trump signed a memo on Wednesday that threatens to cut federal funding to "lawless" cities, including Seattle, Portland, New York and Washington. "My Administration will not allow Federal tax dollars to fund cities that allow themselves to deteriorate into lawless zones," said the memo, which was released by the White House. The memo instructs Attorney General William Barr to develop a list of "anarchist jurisdictions" that "permitted violence and the destruction of property to persist and have refused to undertake reasonable measures" to restore order.

Portland, in particular, has seen over three months of daily demonstrations calling for policing and social justice reforms. These have at times turned into clashes between demonstrators and officers, as well as between right- and left-wing groups. One person was shot dead on Saturday as rival groups clashed. Trump deployed federal forces to Portland in July to crack down on the protests.