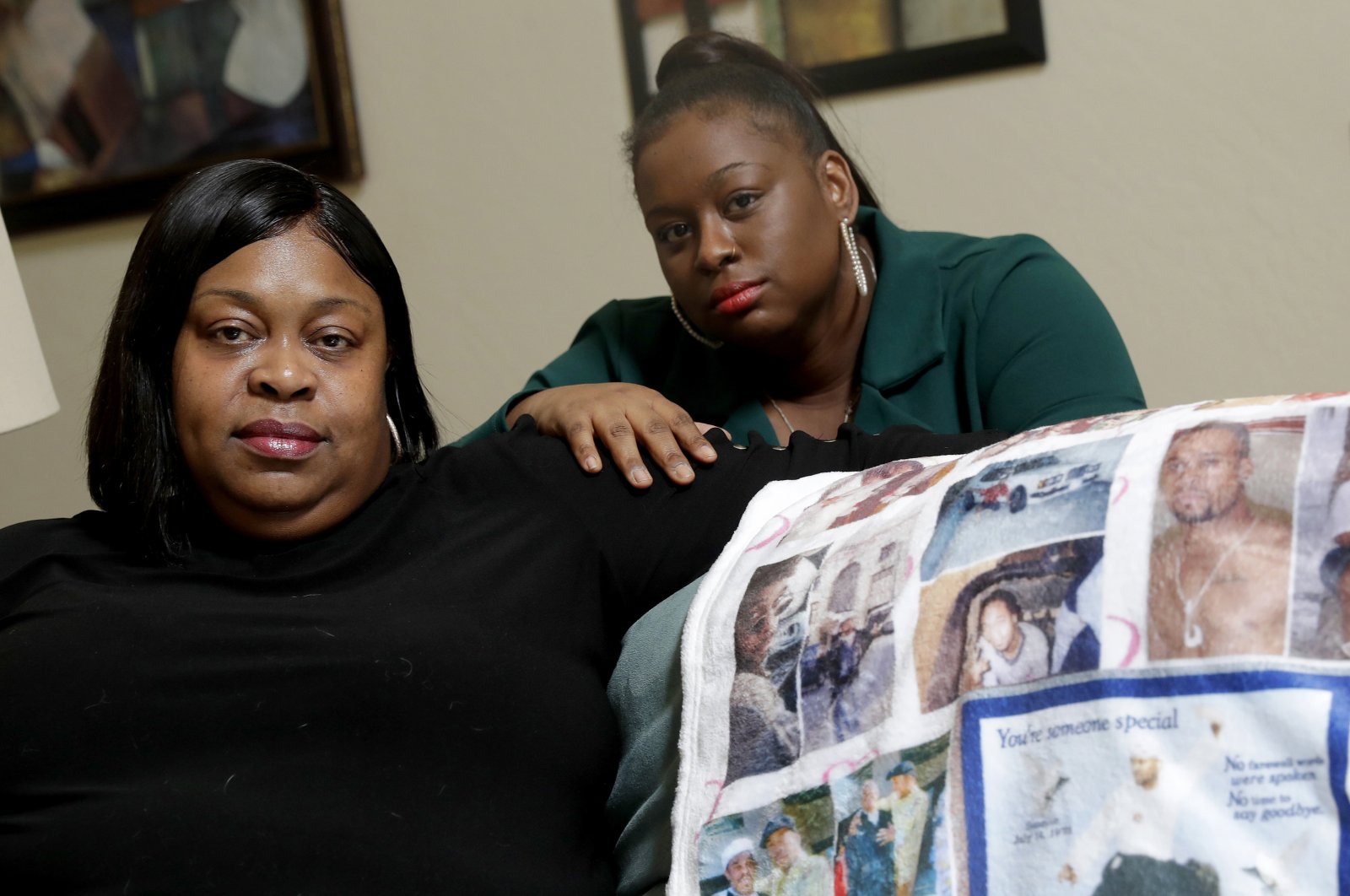 An advocacy group released what they say is previously unseen body camera footage Thursday showing Phoenix police mocking the religion of a Black Muslim man who later died in their custody.

Muslim Advocates, a national civil rights organization, released video from the 2017 death of Muhammad Abdul Muhaymin Jr. in which he can be heard crying out in pain and calling for Allah, the Arabic word for God.

Previous body camera footage from the police included Muhaymin's plea that he couldn't breathe, but left out the statements related to his faith.

“The city of Phoenix and the Phoenix police targeted my brother for his race, they mocked him for his religion and disability, and then brutally killed him," Muhaymin's sister, Mussallina Muhaymin, said in a statement. “Muhammad Muhaymin Jr. was a man—a man with a family who loved him.”

She has said her brother was homeless and suffered from post-traumatic stress disorder and schizophrenia.

None of the officers have been criminally charged or faced internal discipline for their actions.

Daniel O’Connor, a lawyer defending the officers in the suit, said in an email Thursday that he is prohibited from discussing ongoing litigation. The Phoenix Police Department did not immediately respond to requests for comment.

Muhaymin's family, who have filed a $10 million wrongful death suit against the city, see echoes of his killing in George Floyd's death at the hands of Minneapolis police officers in May.

The incident began when police were called to the community center in the city’s Maryvale neighborhood in January 2017 after a dispute arose over whether Muhaymin could bring his service dog into a public bathroom.

Muhaymin was eventually allowed to go into the bathroom. But officers ran a records check and discovered he had an outstanding warrant for failing to appear in court for a misdemeanor drug-paraphernalia possession charge.

Once outside the community center, tensions rose as an officer told Muhaymin to put down his dog because he was under arrest. An officer knocked the dog out of Muhaymin’s hands after he said he didn’t have anyone to care for the animal, according to the lawsuit.

Muhaymin was forced to the ground after police asked him to cooperate, and he screamed in pain as officers handcuffed him. An officer made a profane, belittling comment to Muhaymin that he was now facing a felony.

After a review, the Maricopa County Attorney’s Office declined in February 2018 to criminally charge the officers involved, saying it didn’t believe the officers committed acts that warranted prosecution.

Transcripts and video from depositions in the case became available after a federal judge in June denied a request made by the city of Phoenix to bar their release.

The request was made after attorneys for the city accused a lawyer representing Muhaymin's sister of using social media to garner news coverage and incite violence against officers.