Violence escalates in US, Europe as anti-racism protests persist 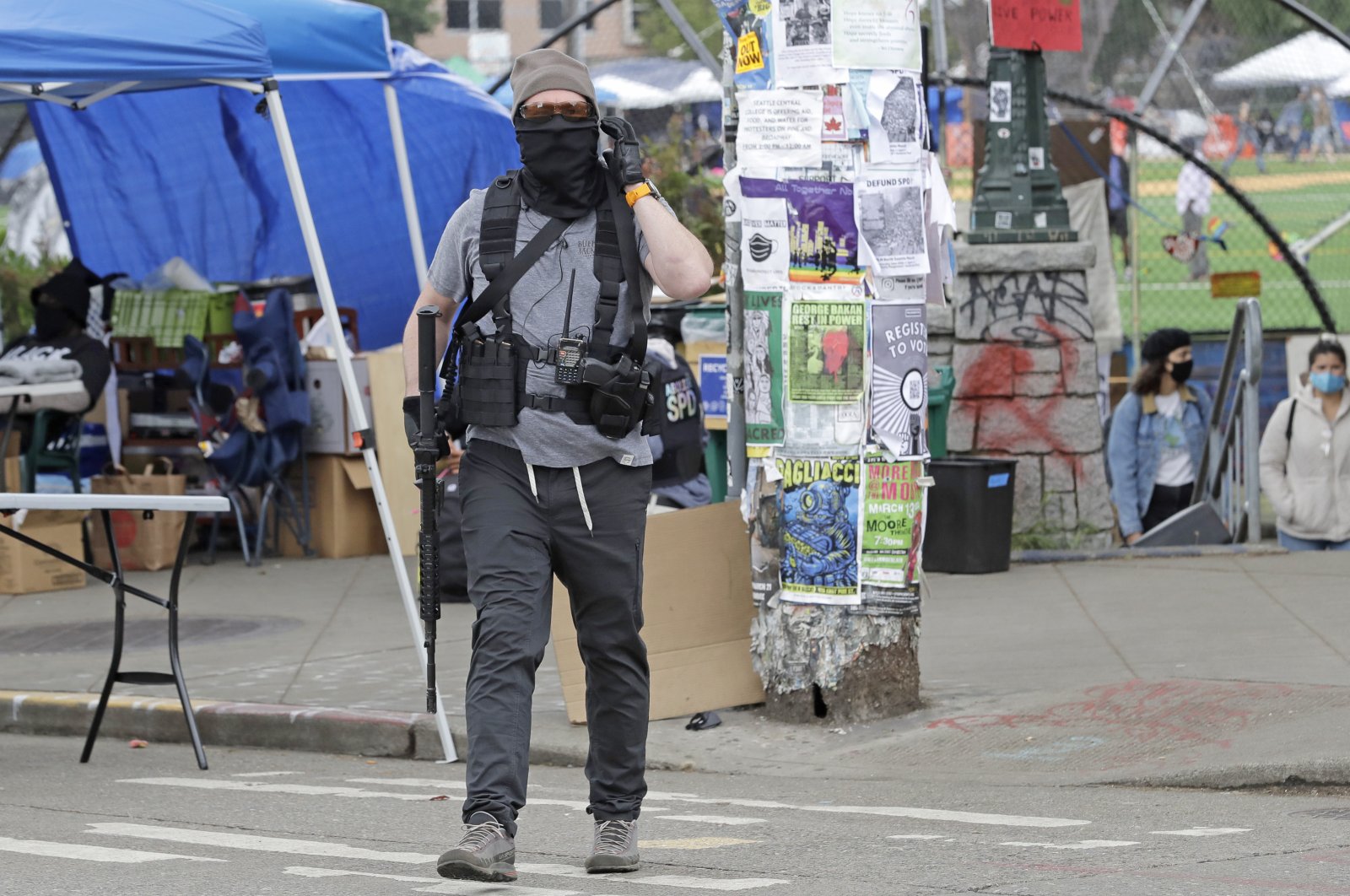 As George Floyd’s death resonates around the world, the U.S. and Europe face growing violence with clashes between police and young people this weekend

While anti-racism and police brutality protests have taken place in many countries for the fourth consecutive week amid growing calls for systemic change, reports of clashes and deadly violence increased in the United States and Germany over the weekend.

A man was shot dead and another seriously injured Saturday in a police-free self-proclaimed autonomous area created by protesters called the Capitol Hill Occupied Protest (CHOP) zone in the U.S. city of Seattle, where officers were prevented from accessing the victims. It is the second incident of gun violence in the six-block CHOP zone. On June 7, a man was arrested after he drove his car into a crowd outside the embattled East Precinct and is accused of shooting a man who reached into his vehicle to try to stop him. That victim was shot in the shoulder.

The area was set up as part of the nationwide protest movement following the death of unarmed African American George Floyd caused by a white police officer. Floyd's death sparked a move to reform police departments that many community activists have called brutal and racist. That's also prompted pushback from opponents who question how citizens will be protected from violent crime.

For nearly two weeks, protesters and activists have occupied the western city's Capitol Hill neighborhood, establishing an area described as a "no cop" zone, an urban experiment mostly carried out with a festival-like atmosphere. "Officers attempted to locate a shooting victim but were met by a violent crowd that prevented officers' safe access to the victims," the Seattle Police Department said in a statement.

Police said the shooter or shooters remained at large and that they had no description of a potential suspect. Protest organizers held a meeting to discuss the early morning shootings, and some volunteers patrolled the area carrying guns.

The president of the union representing more than 1,000 of Seattle's police officers, Mike Solan, told Fox News that "violence has now besieged the area known as CHOP, and it is no longer the summer of love, it's the summer of chaos.”

In Minneapolis, the center of the anti-racism and police brutality protests, one person died and 11 more were wounded in a shooting, police said Sunday. Images streamed live to Facebook showed at least one person lying on the pavement as dozens gather around, some screaming for medical help. The area is about 3 miles (5 kilometers) west of the Minneapolis commercial area and the neighborhood hit by rioting in the wake of Floyd’s May 25 death.

'Out of control' youths riot in Germany

Groups of young men fought pitched battles with police in the Stuttgart city center on Saturday evening in a situation described by authorities as “completely out of control.”

The disturbance started as an apparent reaction to a police search for drugs as groups of people partied outside late Saturday and early Sunday in a central park. People then attacked storefronts in a nearby shopping street, according to German public television reports, tearing up paving stones and smashing store windows. Smaller-scale clashes had broken out downtown last week between police and groups of young people.

As Floyd’s death in the U.S. has resonated around the world, in France, banlieues, where impoverished and minority populations are concentrated, have also become a symbol for growing protests against police violence and racial injustice. The relationship between police and marginalized residents of France’s low-income neighborhoods, many of whom are Arab or black and trace their roots to former French colonies, has long been tense. Safety measures intended to curb the spread of COVID-19 further emboldened police but also empowered community activists using apps or online sleuthing to track and challenge what they see as an abuse of police power.