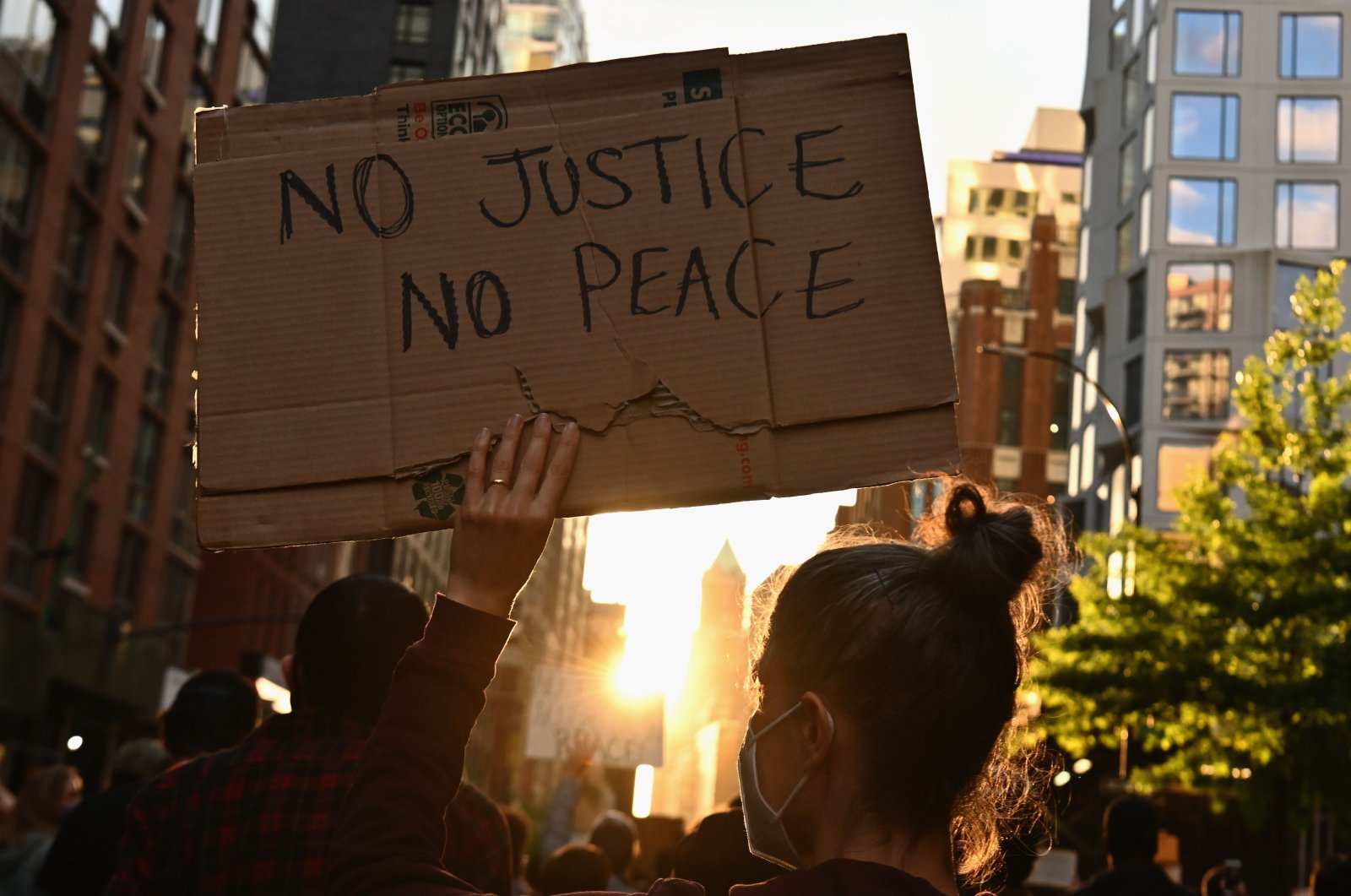 Despite curfews imposed in more than 40 U.S. cities and President Donald Trump's threat to deploy the National Guard, reports of a dramatic escalation of violence and looting persisted, overshadowing peaceful protests

The U.S. was shaken by another round of violence over the death of George Floyd as protests over his killing at the hands of police officers continue, accompanied by violence and looting.

In Los Angeles, where the National Guard was deployed at Hollywood landmarks such as the Dolby Theatre, demonstrators set fire to a strip mall. Stores were looted in New York City while protesters clashed with police in St. Louis, Missouri, where four officers were taken to the hospital with non-life-threatening injuries. St. Louis police said late Monday night four police officers had been struck by gunfire in an ongoing clash between protesters and the police.

U.S. President Donald Trump spent most of the weekend inside the White House tweeting attacks on political rivals and the media. In a leaked conference call Monday, he told state governors they were "going to look like a bunch of jerks" if they were too soft. Trump slammed governors as "weak" and threatened deployment of "heavily armed troops" to quell nationwide protests to states unable to regain control.

A military deployment by Trump to U.S. states would mark a stunning federal intervention rarely seen in modern American history. Yet the message Trump appeared to be sending with the brazen pushback of protesters outside the White House was that he sees few limits to what he is willing to do.

Minutes before Trump began speaking, police and National Guard soldiers began aggressively forcing back hundreds of peaceful protesters who had gathered in Lafayette Park, across the street from the White House, where they were chanting against police brutality and Floyd's death in Minneapolis. As Trump spoke, tear gas canisters could be heard exploding.

Floyd died last week after he was pinned to the pavement by a police officer who put his knee on the handcuffed black man’s neck until he stopped breathing. His death set off protests that spread from Minneapolis across America. His brother Terrence pleaded with protesters on Monday to remain peaceful.

Floyd's death has reignited simmering racial tensions in a politically divided country that has been hit hard by the coronavirus pandemic, with African Americans accounting for a disproportionately high number of cases.

Floyd's death was the blasting point in the U.S. after police violence killed 7,666 lives in very recent history, the majority of them black people.

According to the data compiled by the Mapping Police Violence website, citing security sources, the rate of black people, 13.4% of the population, killed by police was two and a half times higher than the rate for white people in 2013-2019. Ninety-five percent of the killings occurred during arrests. California, Texas and Florida are the states with the highest level of police violence.

Founded in 2013, the nongovernmental organization Black Lives Matter led the countrywide demonstrations to put an end to police brutality. Floyd's death has strong parallels to that of Eric Garner, who died during a 2014 arrest in New York, also repeatedly pleading with officers, "I can't breathe." A month after Garner's murder, nationwide protests were held in Ferguson, Missouri, after the murder of 18-year-old Michael Brown. The protests turned violent and were marred by looting and arson. Some cities imposed curfews.