Warnings grow over US' impending health crisis amid COVID-19 surge 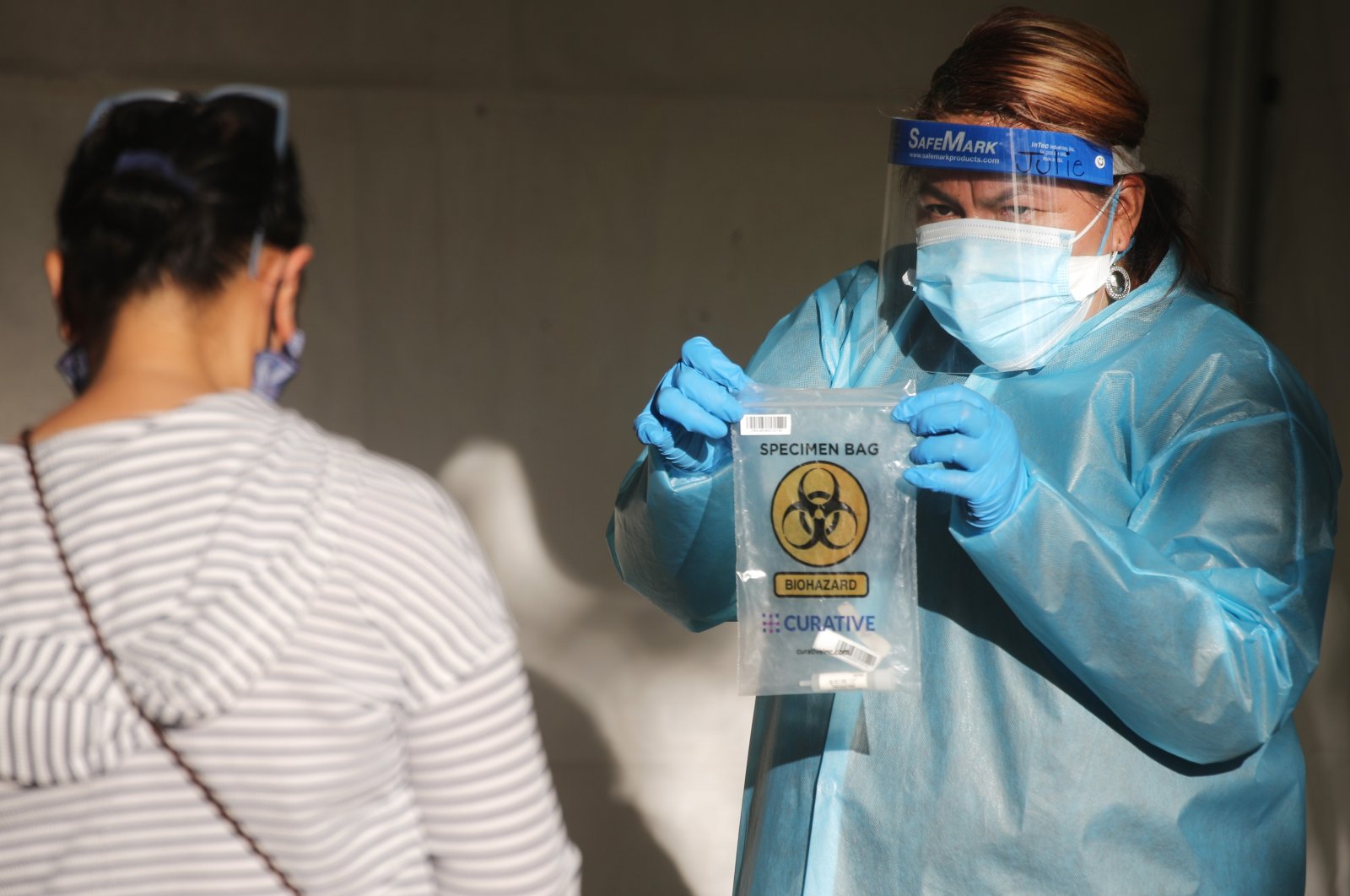 Americans will face 'rough' winter from the COVID-19 surge with more than 100,000 people hospitalized, marking a new all-time record, posing the country's grimmest health crisis yet over the next few months

The next few months of the COVID-19 pandemic will likely be the most difficult yet, warned the U.S. Centers for Disease Control and Prevention (CDC) as the country has suffered a record number of hospitalizations while nationwide deaths hit the highest number for a single day in six months.

The pandemic has put a huge strain on the health care system of the U.S., the worst-affected nation worldwide. The hospitalizations of COVID-19 patients topped 100,000 for the first time Wednesday, according to the COVID Tracking Project, as the United States, which has suffered the highest virus toll with more than 270,000 deaths, reported that it hopes to have immunized 100 million people against COVID-19 by the end of February.

"December, January and February are going to be rough times. I actually believe they're going to be the most difficult time in the public health history of this nation," the head of CDC, Robert Redfield, warned, Deutsche Press-Agentur (dpa) reported.

President-elect Joe Biden amplified the bleak forecast during a roundtable with workers and small business owners hard hit by the devastating economic fallout of the pandemic. "Christmas is going to be a lot harder. I don't want to scare anybody here, but understand the facts – we're likely to lose another 250,000 people dead between now and January. You hear me?" Biden said.

Officials in some states, including California, have warned of shortages of hospital beds and staff. LouAnn Woodward, who leads Mississippi's largest hospital system, the University of Mississippi Medical Center (UMMC), tweeted that beds were full, according to dpa.

Daily new coronavirus cases, which had dipped from record highs as Thanksgiving muddled reporting, rose to more than 180,000, according to Johns Hopkins University data. The U.S. also saw the most virus-related fatalities since mid-April, with 2,753 people dying on Wednesday. While vaccines are within sight, health experts expect gatherings at Thanksgiving and other holidays to further fuel the widespread surge. The CDC advised people who travel anyway to get tested before and after the trip. The agency also said its recommended two-week quarantine could be shortened to seven or 10 days, provided a person tests negative for the virus or shows no symptoms.

The virus has killed almost 1.5 million people and infected more than 63 million since it emerged in China in December of last year. The new coronavirus may have been circulating in the United States last December, well before the first COVID-19 case was diagnosed on Jan. 19, a new analysis of donated blood revealed. Researchers at the CDC looked for COVID-19 antibodies in archived samples of blood donations collected by the American Red Cross from Dec. 13, 2019, to Jan. 17 from nonidentifiable donors in nine states, including California, Connecticut, Iowa, Massachusetts, Michigan, Oregon, Rhode Island, Washington and Wisconsin. Of the 7,389 blood donors, 106 had antibodies specific to the new virus. There were samples found with COVID-19 antibodies from all nine states, according to a report of the study published on Tuesday in Clinical Infectious Diseases. The findings suggest the virus may have been present in western states as early as Dec. 13 and in eastern states as early as Dec. 30, according to a press statement from Dr. Susan Stramer, vice president of Scientific Affairs at the American Red Cross, as reported by Reuters.