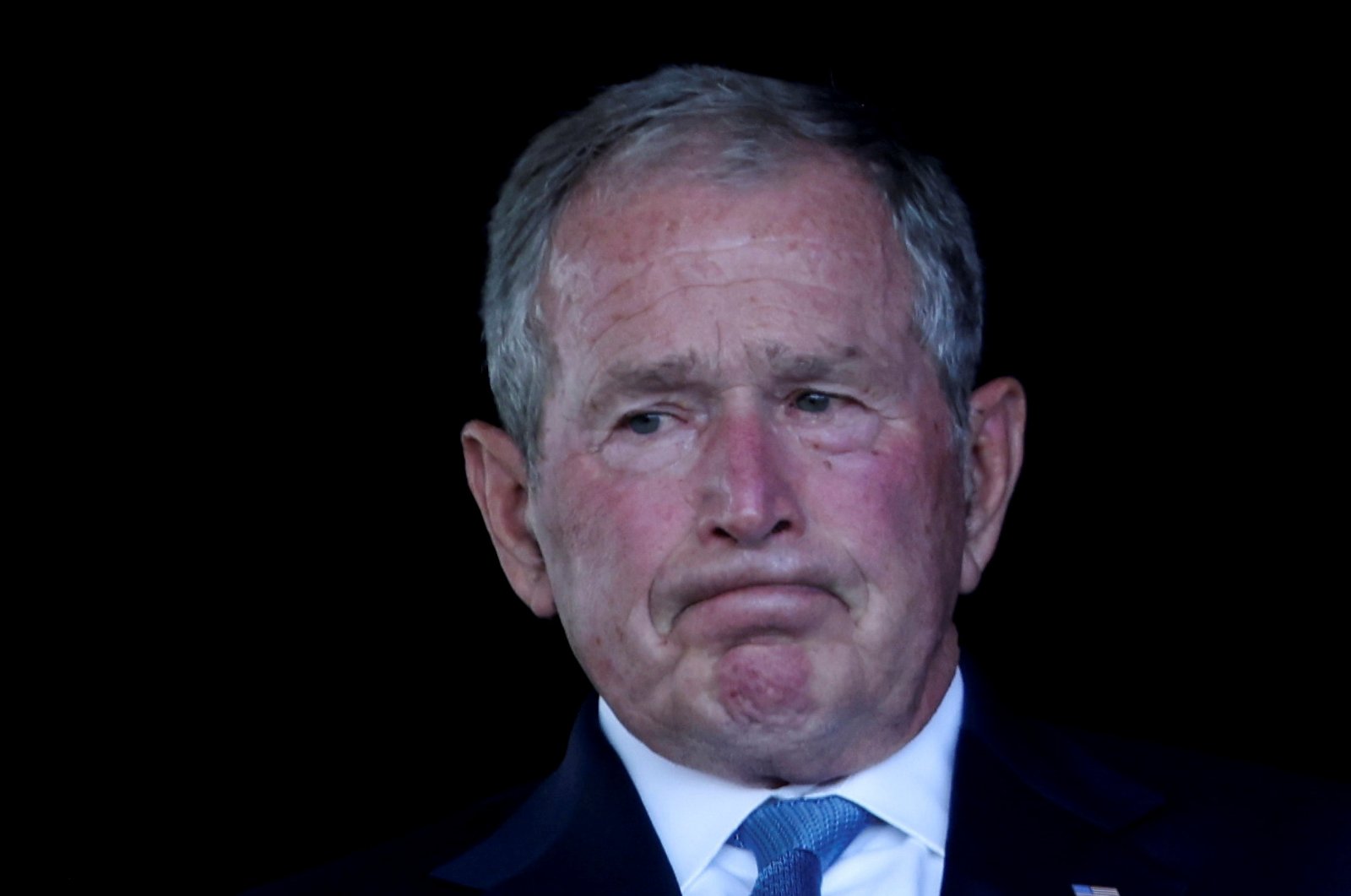 “Mr. Bush, when are you going to apologize for the million Iraqis that are dead because you lied?” he asked.

VIDEO — Iraq war veteran Mike Prysner publicly calls out former US President George W. Bush, accusing him of lying about weapons of mass destruction and causing the deaths of a million Iraqispic.twitter.com/J7rcu12Dhu

“You lied about weapons of mass destruction, you lied about connections to 9/11,” he said, referring to the terrorist attacks that destroyed New York’s World Trade Center.

“You lied about Iraq being a threat,” shouted Prysner, who was interrupted by Bush telling him to “sit and behave.”

“My friends are dead. You killed people. You lied,” Prysner managed to add before being forcibly removed by staff at the auditorium where the former U.S. president was delivering a speech.

“My friends are dead because you lied,” Prysner shouted, telling Bush: “You need to apologize! Apologize!”