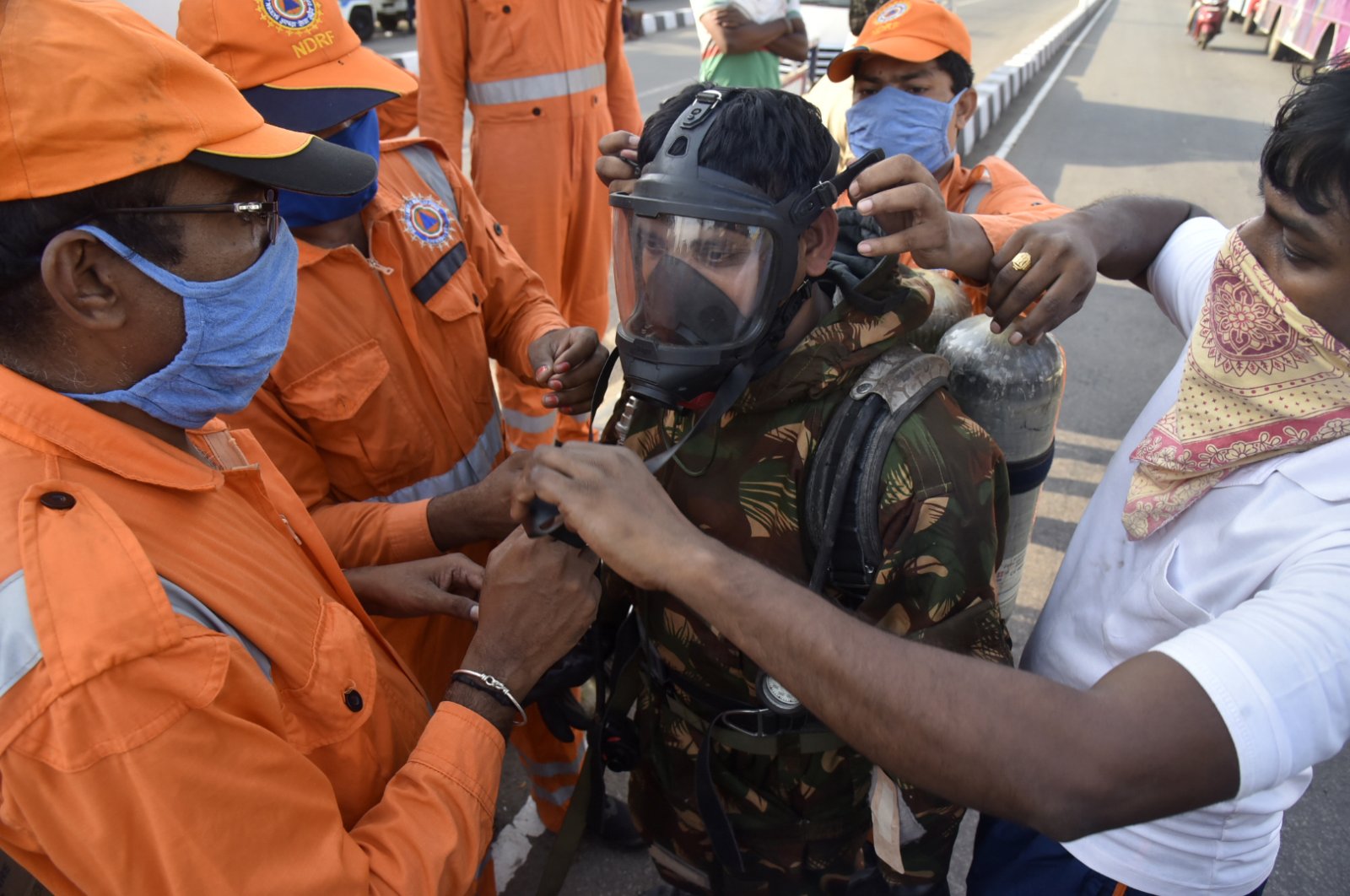 A National Disaster Response Force (NDRF) soldier is fitted with gear before he proceeds to the area from where chemical gas leaked in Vishakhapatnam, India, Thursday, May 7, 2020. (AP Photo)
by Associated Press
May 07, 2020 9:21 am

A chemical gas leaked from an industrial plant in southern India early Thursday, leaving people struggling to breathe and collapsing in the streets as they tried to flee. At least 11 people were killed and nearly 1,000 suffered breathing difficulties and other reactions.

Administrator Vinay Chand said several people fainted on the road and were rushed to a hospital in Vishakhapatnam, a city in Andhra Pradesh state. The dead included an 8-year-old girl.

The synthetic chemical styrene leaked from the LG Polymers plant, which workers were preparing to restart after it was closed during the coronavirus lockdown, Chand said. The gas leaked after a fire broke out and it has since been extinguished, he said.

Nearly 1,000 people in an area of 3 kilometers (1.8 miles) complained of breathing difficulties and burning sensation in their eyes, he said.

Authorities deployed 25 ambulances to shift the sick to hospitals and others away from the accident site.

Images from television showed people lying in the streets after they collapsed while trying to flee.

An eyewitness said there was a total panic as a mist-like gas enveloped the area. “People felt breathless in their homes and tried to run away. Darkness added to the confusion,” he told a television channel. His name wan’t given by the channel.

Srijana Gummala, the local municipal commissioner, said water is being sprayed in the area to minimize the impact of the gas. “Through public address system, the people are being asked to use wet masks,” he said.

India imposed a strict, nationwide lockdown on March 25 to control the spread of coronavirus. Measures were eased on Monday, allowing neighborhood shops and manufacturing units to reopen to resume economic activity.