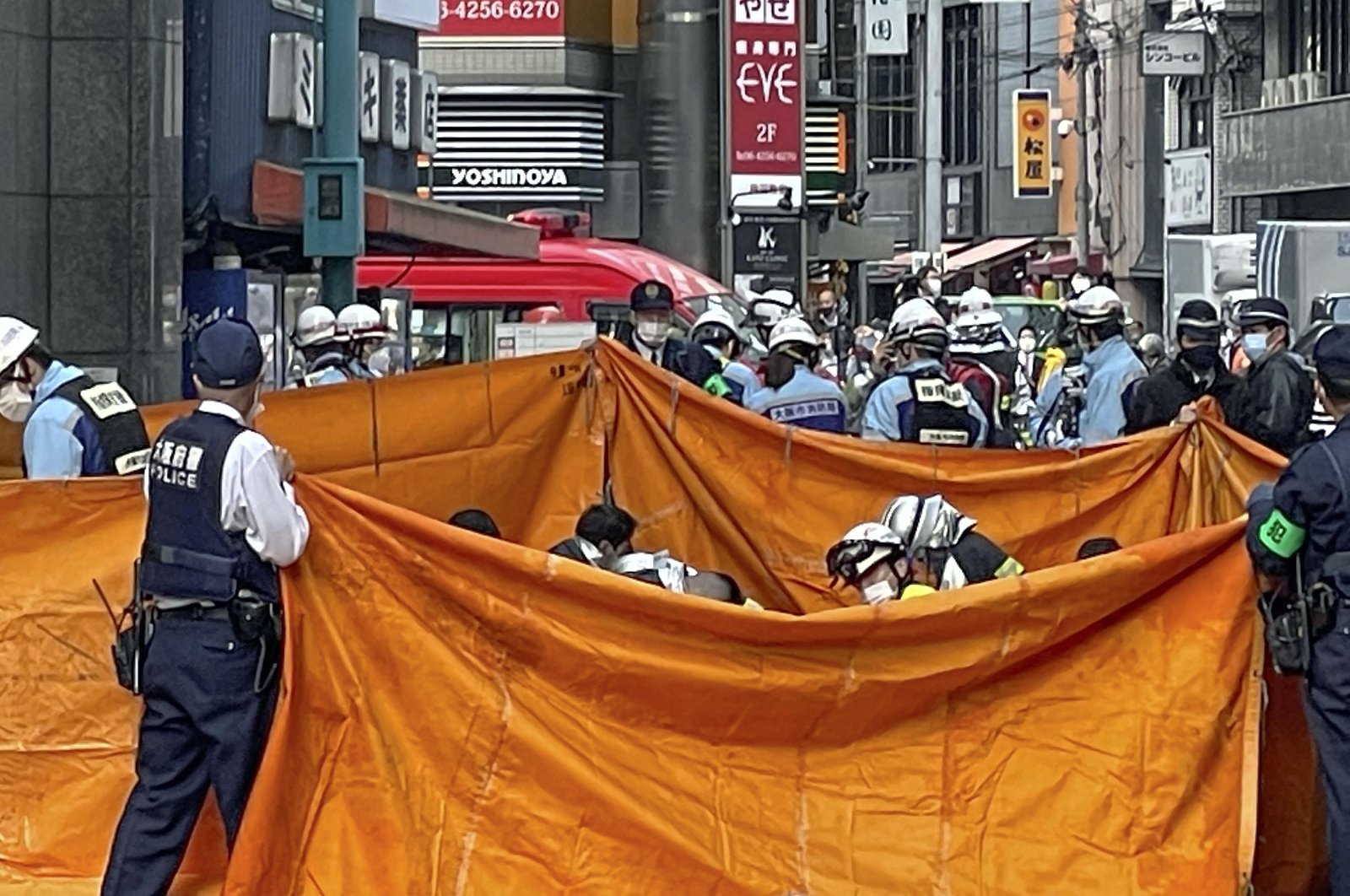 At least 24 people were confirmed dead after a fire swept through a psychiatry clinic in the Japanese city of Osaka on Friday, according to a report by Japanese broadcaster NHK, in an incident police are investigating as suspected arson.

Earlier, 27 of 28 people injured in the fire were diagnosed with "cardiac arrest and respiratory arrest," NHK reported. The phrase is commonly used in Japan before deaths are officially confirmed.

Police were investigating suspected arson, including reports that a man started the fire in the building, Kyodo News said, citing people involved in the investigation.

An elderly man brought a bag into the building that leaked flammable liquid and was ignited, the Yomiuri newspaper said. The man was believed to be a patient at the clinic, the Mainichi newspaper said.

The fire broke out shortly after the clinic, on the fourth floor of a multistory office building, opened for business at 10 a.m. (1:00 a.m. GMT) and was largely extinguished within 30 minutes, public broadcaster NHK reported.

Masakatsu Shinozaki, 74, the owner of a shop across the street from the building, told Agence France-Presse (AFP) he had seen a lot of smoke coming out of the windows.

Video from NHK showed smoke pouring out of the fourth-floor windows, and the roof. Footage later showed smoldering windows, blackened and charred.

"When I looked outside I saw orange flames in the fourth-floor window of the building. A woman was waving her hands for help from the sixth-floor window," a 36-year-old woman who works at a company nearby told Kyodo.

Located in a shopping and entertainment district not far from Osaka's main train station, the building also houses a beauty salon, a clothes shop and an English-language school, NHK said.

Another woman who said she saw smoke coming from the window told Kyodo that power briefly went out in the surrounding area.

Prime Minister Fumio Kishida offered his "sincere condolences" to the victims and sympathy to those injured in the incident.

"We must get to the bottom of this horrible case. We must clarify the cause and how it happened. And we must take measures to prevent the same thing from happening again," he said.

Dozens of fire engines rushed to the scene of the blaze, which occurred in a busy business area near Kitashinchi train station in the city in western Japan. Osaka, a major economic hub, is Japan's second-biggest metropolis after the greater Tokyo region.

NHK said 14 men and 10 women had died in the fire but were yet to be identified, adding that all the victims had been in the clinic on the fourth floor. Fuji TV reported that most of those who died in the fire were believed to have suffered from carbon monoxide poisoning.

Deadly fires are unusual in Japan, which has strict building standards, and violent crime is rare.

One year ago, a man was charged with murder over a 2019 arson attack on a Kyoto animation studio that killed 36 people, the country's deadliest violent crime in decades.

A 2008 arson attack on a video shop in Osaka killed 16 people. The attacker is now on death row.