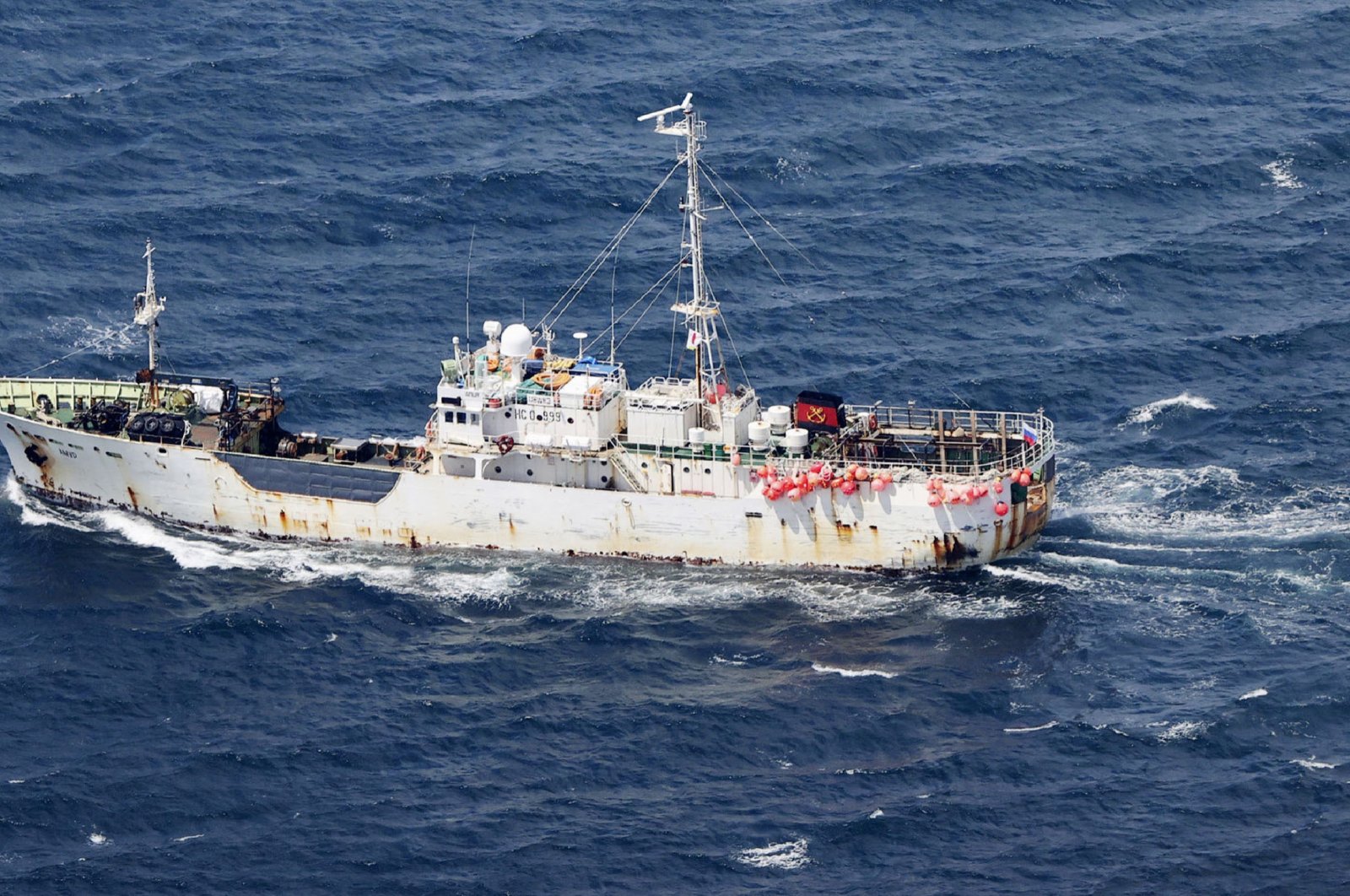 Russian cargo ship AMUR is seen after colliding with Daihachi Hokko Maru, a Japanese crab fishing vessel, in the Sea of Okhotsk, north of Japan’s Hokkaido island, Wednesday, May 26, 2021. (Kyodo News via AP)
by Daily Sabah with AP May 26, 2021 9:19 am

Three crew members of a Japanese crab fishing vessel died Wednesday after a collision with a Russian trawler in the Sea of Okhotsk, north of Japan’s Hokkaido island, officials said.

The Japanese vessel overturned following the collision. The Russian trawler rescued all five crew members, but three were confirmed dead after arriving at the port of Mombetsu, Japanese government spokesperson Katsunobu Kato said.

Japanese broadcaster NHK identified the Japanese vessel as the 9.7-ton Daihachi Hokko Maru, based in Mombetsu, and the trawler as the 662-ton AMUR, registered in Nevelsk in Russia’s Sakhalin island. The two vessels collided around 6 a.m. local time about 20 kilometers (12 miles) north of Mombetsu.

The AMUR had departed Sakhalin on Tuesday and was carrying crabs to the Japanese port.

Consul General of Russia in Sapporo Sergei Marin, in an interview with RIA Novosti, said that an investigation has been launched into the incident.

Marin said the Russian ship is now heading to the port of Mombetsu and its crew members were not injured according to preliminary data.

Also, according to Marin, heavy fog could have led to the collision.