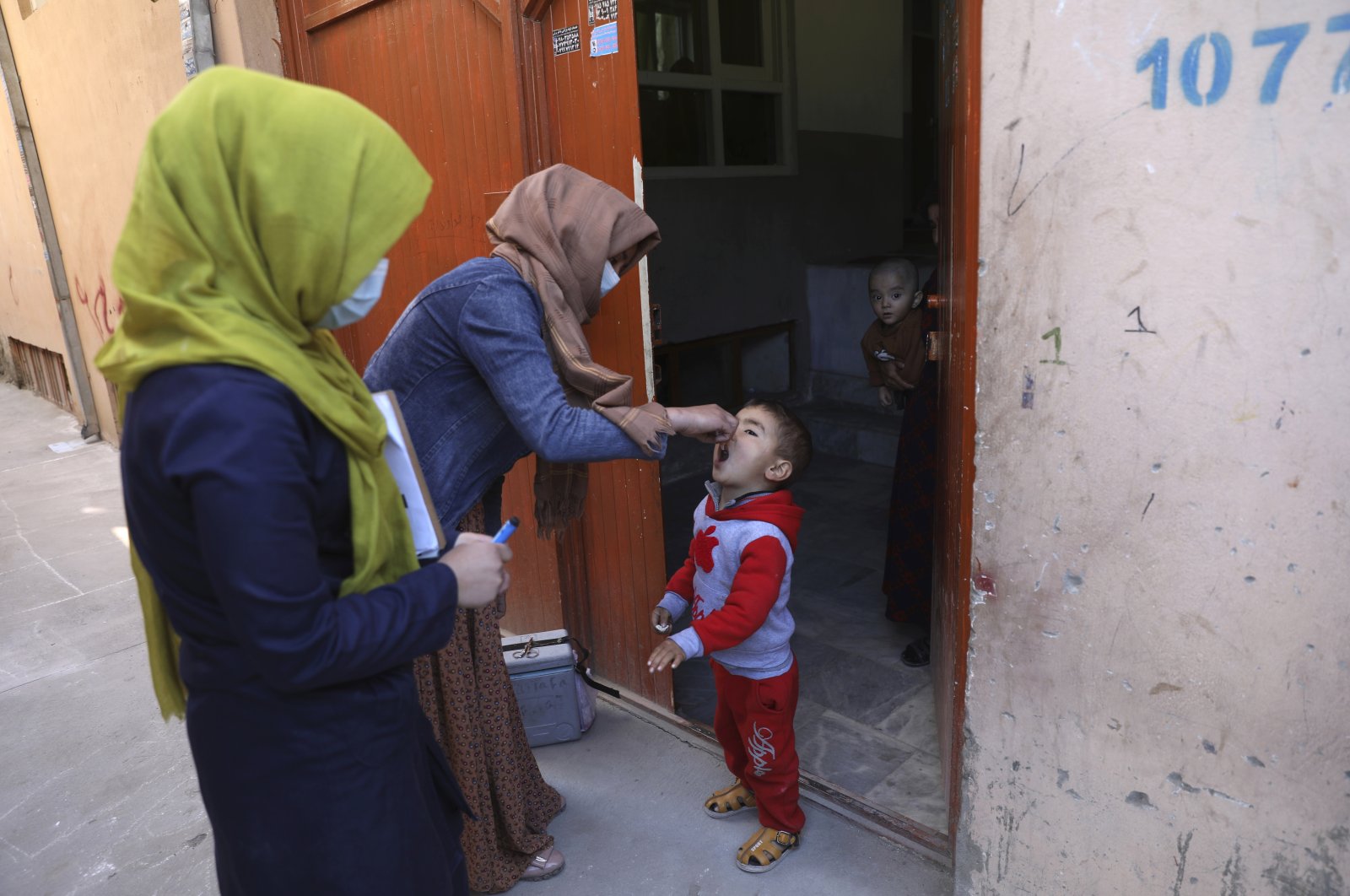 Health workers administer a polio vaccine to a child during a door-to-door polio vaccination campaign in the city of Kabul, Afghanistan, March 30, 2021. (AP Photo)
by Reuters
Mar 30, 2021 12:09 pm

Ghulam Dastagir Nazari, head of the immunization program at Afghanistan's Health Ministry told Reuters the explosion took place at the entrance to the health department for the province of Nangarhar late on Tuesday morning.

Around the same time unknown gunmen shot vaccination workers at two separate locations in Jalalabad, killing two volunteers and one supervisor in the polio immunization program, all of them women, he said.

It was not clear who was behind the attacks. A Taliban spokesperson did not immediately respond to request for comment.

A wave of assassinations have hit urban centers since peace talks began between the Taliban and the Afghan government last year in Doha, many of them targeting professional women as well as government employees, media and civil society members.

Three female journalists were killed in Jalalabad this month, an attack claimed by Daesh. The government blames most targeted killings on the Taliban, who deny involvement.

The attacks came the same week the polio vaccination campaign for 2021 kicked off. The program is led by the health ministry with the involvement of the United Nations' children's agency UNICEF.

Afghanistan and its neighbor Pakistan which began a new anti-polio vaccination drive Monday, are the only two countries where the crippling disease is still endemic, after Nigeria was last year declared free of the wild poliovirus.

Militant groups including the Taliban have targeted health workers in the past. The U.N. mission to Afghanistan warned last year that health workers were increasingly at risk after a series of attacks. One attack on a Kabul maternity ward in May killed 24 people, including mothers and newborn babies.