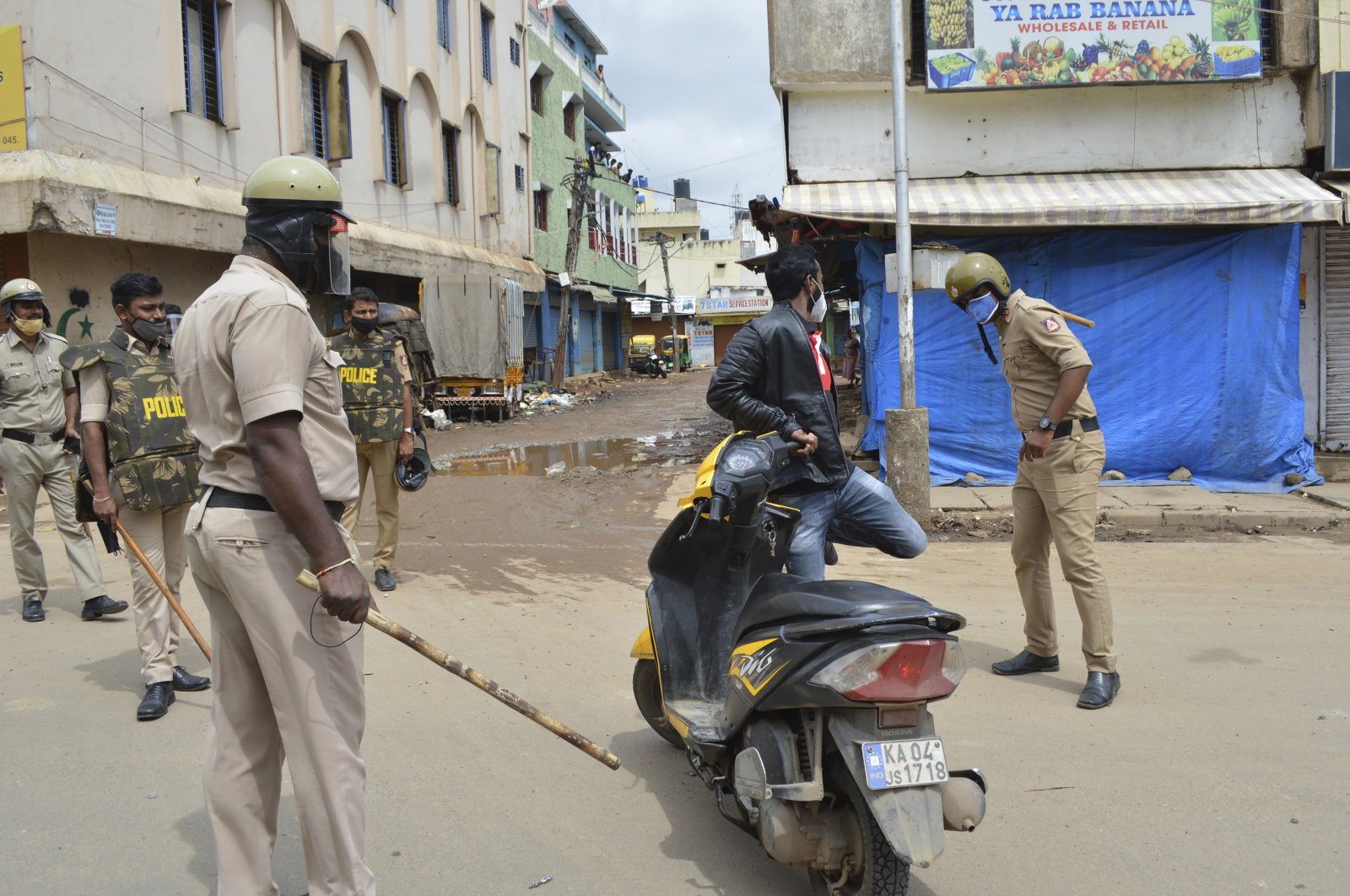 Three people died of gunshot wounds during clashes between police and thousands of protesters after an anti-Muslim Facebook post sparked riots in India's IT hub, Bangalore.

Police opened fire with live ammunition and tear-gassed the crowds, in yet another incident of police violence in the country. Three people were critically wounded during Tuesday's violence and at least one reporter was injured, according to reports.

Bangalore police commissioner, Kamal Pant, wrote on Twitter that around 100 people had been arrested for rioting and arson and the situation was now under control.

A ban on gatherings was in effect in some areas of the city on Wednesday, with nearly 10,000 police reservists patrolling the streets to keep order.

The chaos was sparked by an inflammatory social media post about Prophet Muhammad shared by a relative of a local lawmaker, according to Indian media. Protesters on Tuesday night surrounded the lawmaker’s home and set cars on fire. A police station was also attacked and set ablaze.

There have been growing questions about the stance of the government, led by Prime Minister Narendra Modi’s Hindu-nationalist Bharatiya Janata Party (BJP), toward India’s 172 million Muslims.

Attacks on minorities, especially Muslims, have risen sharply across India in the last few years under Modi's leadership.

Indian government’s sectarian policies caused the death of dozens, the renewal of sectarian clashes and the growing tensions between Muslims and Hindus in the country. As at least 53 people, mostly Muslims, were killed in New Delhi’s streets, there is fear and anger among Muslims as to why they were punished while prudent Hindus are astonished as they are aware that the sectarian escalation may lead to unwanted results.

The Delhi Minorities Commission (DMC) promoting the rights of India's religious minorities said in July that Indian police failed to protect Muslims campaigning against a new citizenship law during violent riots in Delhi this year.

The clashes erupted amid an outcry over a new federal law laying out the path to citizenship for six religious groups from neighboring countries, except Muslims.

Revoke of the special status of Jammu and Kashmir, the anti-Muslim citizenship law and building detention camps for Muslim Bengalis in Assam are the first steps of the current Indian government to create a "purified India," based on the Hindu identity.