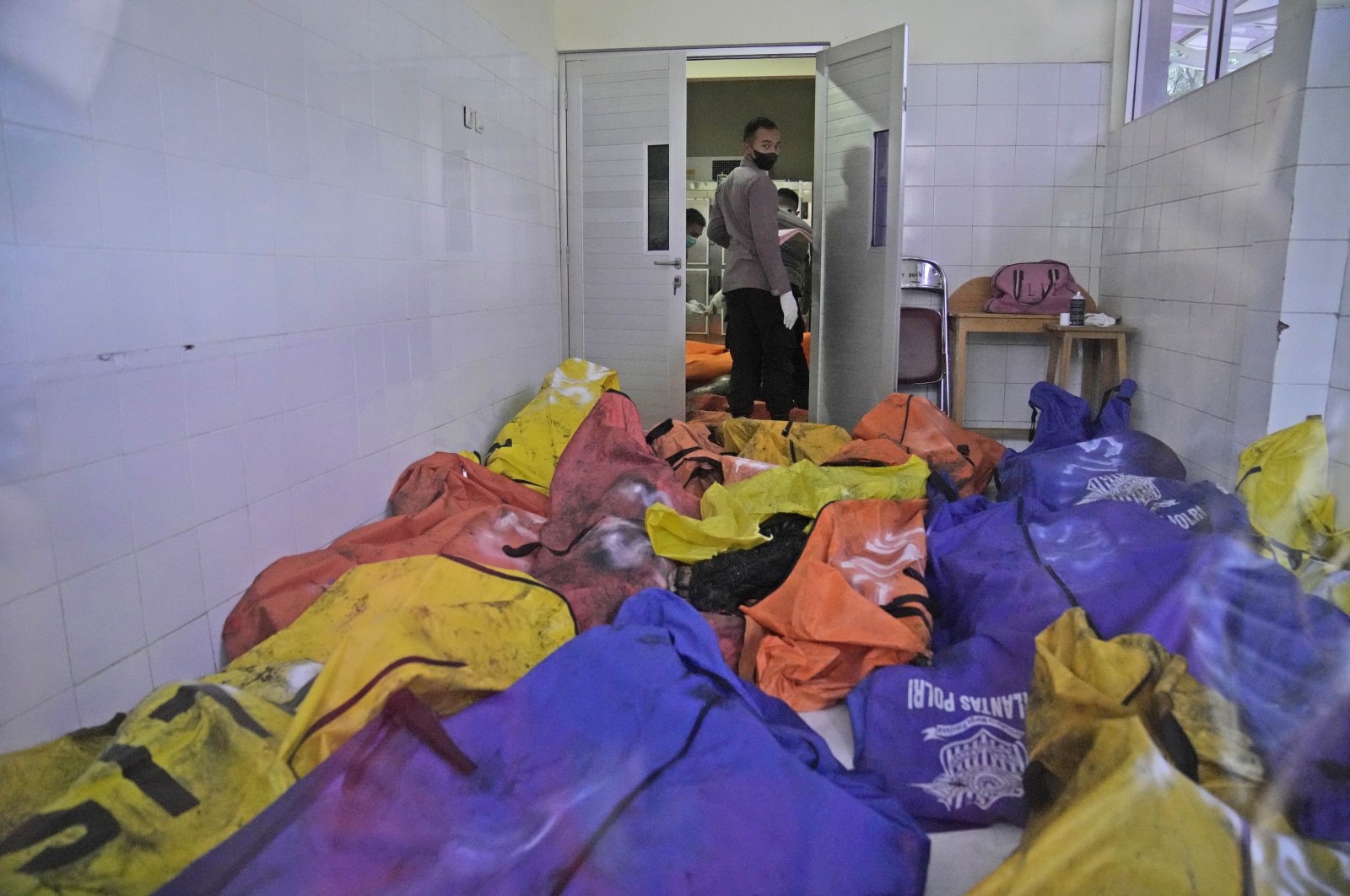 A police officer stands near body bags containing the bodies of the victims of a prison fire at the local hospital's morgue in Tangerang on the outskirts of Jakarta, Indonesia, Sept. 8, 2021. (AP Photo/Dita Alangkara)
by French Press Agency - AFP Sep 08, 2021 8:24 am
RECOMMENDED

A fire tore through an overcrowded Indonesian prison in the early hours of Wednesday when most inmates were asleep, killing 41 people and injuring dozens of others, an official said.

Firefighters extinguished the blaze – which was mostly contained within one block that housed prisoners jailed on drug charges – at around 3 a.m. (8 p.m. GMT Tuesday) and evacuated the victims.

Television footage showed a massive fire raging through the prison block, with thick smoke billowing from the building as firefighters raced to put out the flames.

Authorities were still investigating the cause of the incident at Tangerang Penitentiary, just outside the capital Jakarta, but suspected an electrical fault may have been to blame.

"I have checked the scene. Based on early observation, it is suspected (the fire) happened because of a short circuit," Imran said.

The penitentiary department's website showed that the jail had just over 2,000 inmates, more than three times as many prisoners as it was designed to hold.

The block where the fire broke out had a maximum capacity of 40 inmates but housed 120, penitentiary directorate general spokesperson Rika Aprianti told Metro TV.

Overcrowded, unsanitary conditions are common in Indonesian prisons, which contain about 270,000 inmates, and jailbreaks are frequent.

In 2019, at least 100 prisoners escaped from a jail in Riau province, Sumatra after a riot and fire broke out.

In April last year, Indonesia released some 29,000 inmates in a bid to stop COVID-19 from rampaging through a prison system known for its unsanitary conditions.

Safety measures are often lacking in the Southeast Asian country of nearly 270 million.

In 2019, 30 people – including several children – were killed when a matchstick factory exploded in North Sumatra after a worker accidentally dropped a lighter on some flammable materials.