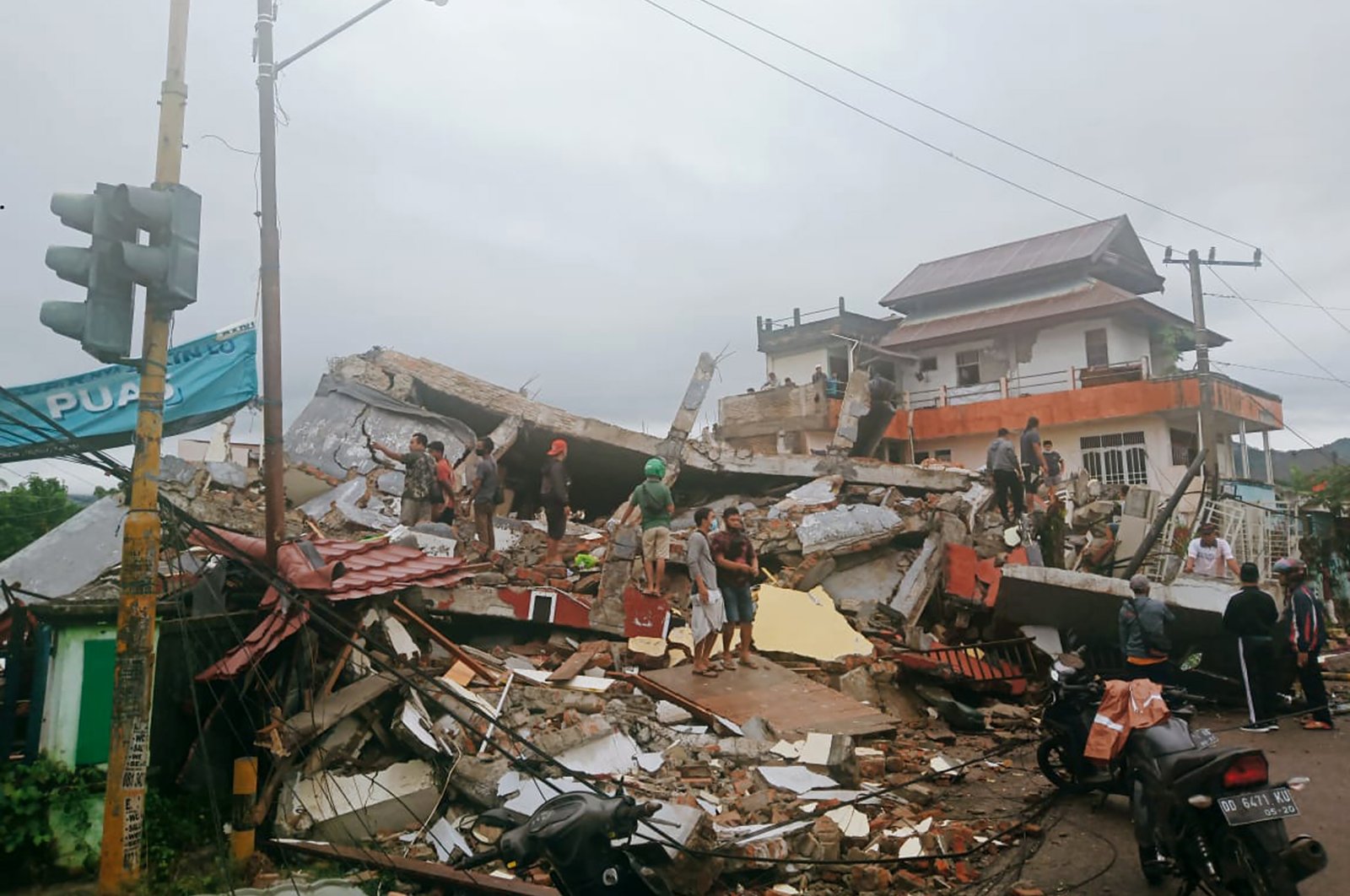 A 6.2-magnitude earthquake on Indonesia's Sulawesi island killed at least 42 people and injured hundreds on Friday, with the meteorological agency warning of aftershocks, possibly strong enough to trigger a tsunami.

The powerful quake struck 6 kilometers (3.73 miles) northeast of the town of Majene, at the relatively shallow depth of 10 km, just before 1:30 a.m., sending thousands of frightened residents out of their homes and fleeing for higher ground.

The Indonesian disaster agency said the death toll climbed to 42 as rescuers in Mamuju retrieved 34 bodies trapped in the rubble of collapsed homes and buildings. The agency said in a statement that eight people were killed and 637 others were injured in Mamuju's neighboring district of Majene. It said at least 300 houses and a health clinic were damaged and about 15,000 people were being housed in temporary shelters in the district.

"Praise be to God, for now OK, but we just felt another aftershock," said 26-year-old resident Sukri Efendy.

No tsunami warning was issued but the head of Indonesia's Meteorology and Geophysics Agency (BMKG), Dwikorita Karnawati, told a news conference that aftershocks could follow, with a possibility that another powerful quake could trigger a tsunami.

There had been at least 26 aftershocks, she said, with Friday's quake preceded by a 5.9 magnitude quake on Thursday afternoon.

Videos showed residents fleeing to higher ground on motorcycles, and a child trapped under the rubble as people tried to remove debris with their hands. Indonesia, a vast archipelago of 260 million people, is frequently struck by earthquakes, volcanic eruptions and tsunamis because of its location on the "Ring of Fire," an arc of volcanoes and fault lines in the Pacific Basin.

In 2018, a 7.5 magnitude earthquake in Palu on Sulawesi island set off a tsunami and caused the soil to collapse in a phenomenon called liquefaction. More than 4,000 people died, many of the victims buried when whole neighborhoods were swallowed in the falling ground. A powerful Indian Ocean quake and tsunami in 2004 killed 230,000 people in a dozen countries, most of them in Indonesia.