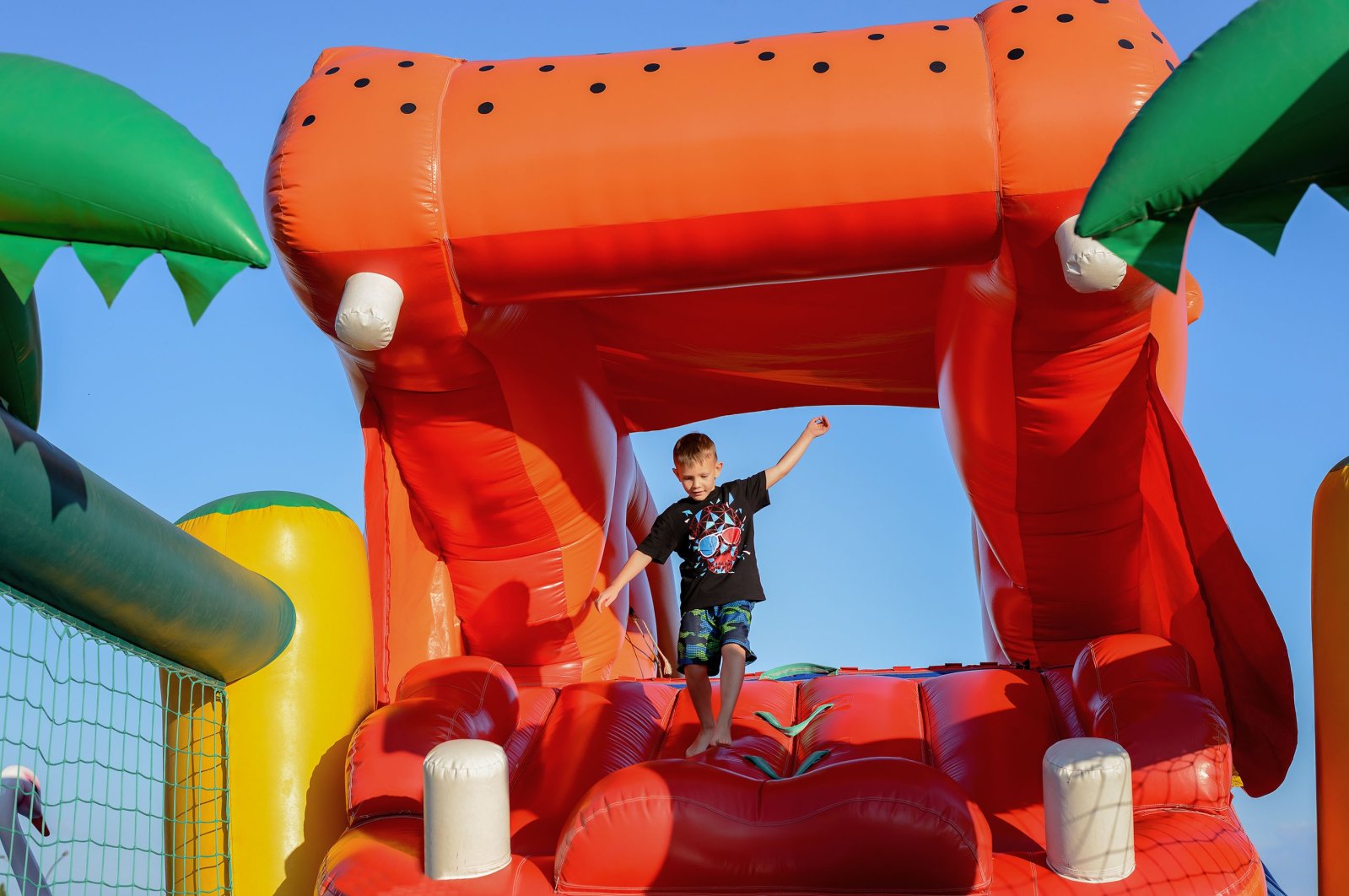 Five children were killed and several more were seriously injured when a bouncy castle was blown into the air at an end-of-term party in Australia on Thursday, police said.

Police said the pupils at a primary school in northern Tasmania were celebrating the last week of classes before the Christmas break when they were thrown from a height of about 10 meters (33 feet).

"I can now sadly confirm that four children have died, four are in a critical condition and one in a serious condition," Tasmanian Police Commissioner Darren Hine said.

Earlier police confirmed two boys and two girls from grades five and six – typically aged about 10-12 years old – were killed in the incident, with a fifth student later dying in hospital.

Several rescue helicopters and ambulances had rushed to the scene after the incident, which occurred around 10 a.m. local time on an otherwise sunny day. Images showed attending police officers in tears, and blue tarpaulin sheets shielding what officers described as "a very confronting and distressing scene."

A police investigation is underway. Witnesses, friends, family, teachers and first responders are being offered counseling.

Tasmania Police said in a statement the wind picked up a bouncy castle and threw it into the air at the primary school in Devonport, in the state's northwest, release at midday 1 a.m.

"Several children fell from a height of about 10 metres around 10 a.m. and are currently receiving medical treatment at the scene as well as in hospitals," the statement added. "Our thoughts are with the families and loved ones of those involved. No further details about the fatality can be released at this stage for privacy reasons."

"My heart is breaking for all those impacted by the tragedy at Hillcrest Primary School in Tasmania today," Prime Minister Scott Morrison said in a tweet.

"Young children on a fun day out, together with their families and it turns to such horrific tragedy, at this time of year, it just breaks your heart," he said. "I just want to say, to the parents and families and friends, all who were there, to the other young children there and witnessing these events, I just pray you'll have great family around you and great friends and you can come through this horrific tragedy," he added.

The school had invited parents to volunteer for the event, which featured a wet play zone, a slide, an arts and crafts area, inflatable orbs and the bouncy castle.

"The purpose for the day is to celebrate a successful year and enjoy some fun activities with classmates," the school, Hillcrest Primary, posted on its Facebook page.

That post was followed by the update: "There has been an accident on site at our school. We are closing the school for the rest of the day."

"We ask that parents come to collect their children as a matter of urgency."

Local weather services had forecast "light winds" for the area, which sits on Tasmania's rugged north coast, looking out across the frigid Bass Strait.