6 dead, 3 wounded in gun attack at main US base in Afghanistan 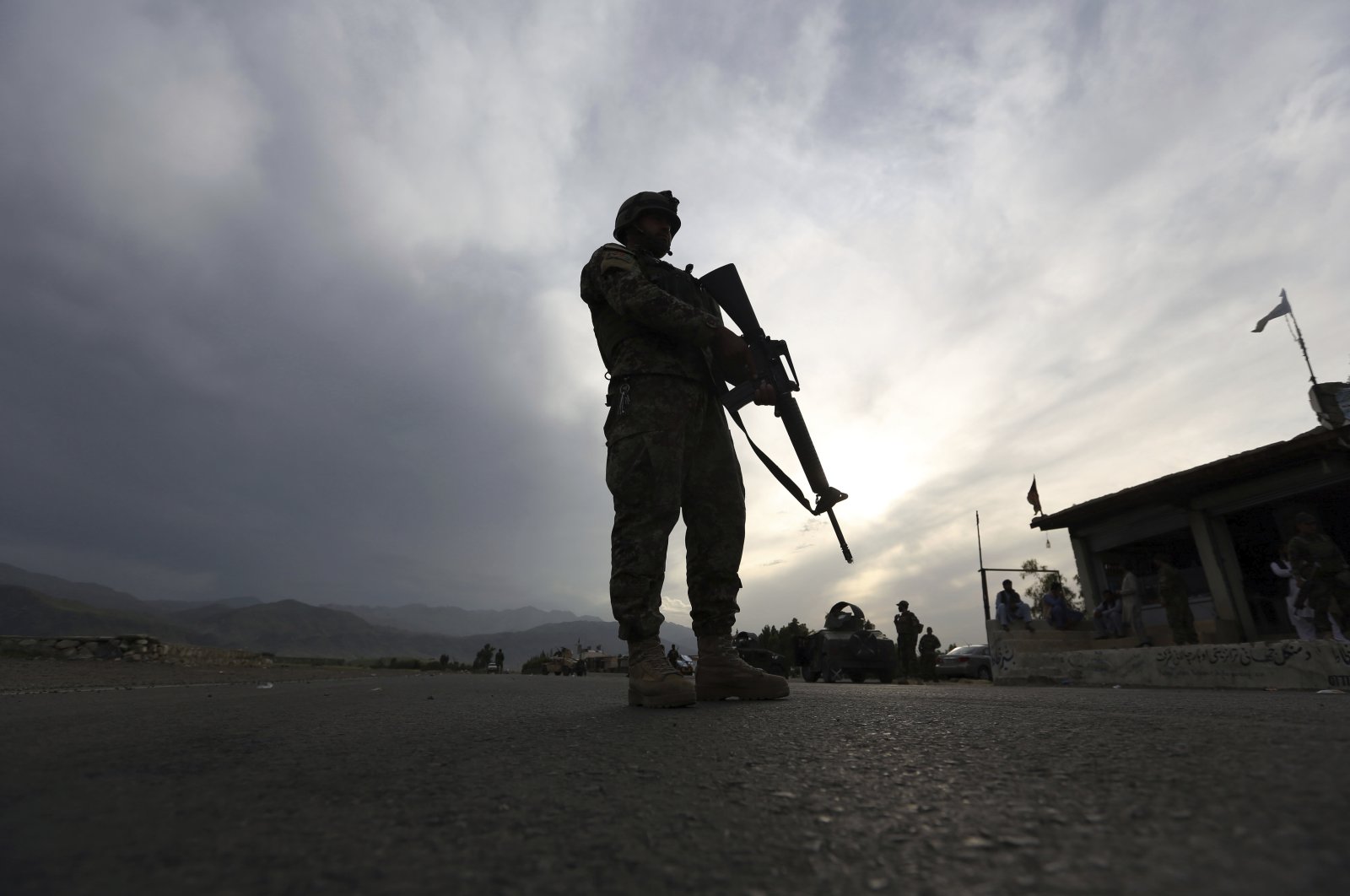 In this Saturday, April 4, 2020 file photo, an Afghan National Army soldier stands guard at a checkpoint on the Jalalabad-Kabul highway, in the Laghman province, east of Kabul, Afghanistan. (AP Photo)
by Associated Press Apr 17, 2020 10:48 am

The nine workers, all Afghan nationals, were on their way home late Thursday when a gunman riding a motorcycle opened fire on them about 500 meters (about a quarter mile) from Bagram air base, Parwan provincial governor’s spokeswoman Wahida Shahkar said.

Taliban spokesman Zabihullah Mujahed said the group had nothing to do with the shooting.

The Daesh affiliate is active in northern areas of Afghanistan and on April 9 Daesh claimed responsibility for firing five rockets from a vehicle at Bagram air base. There were were no casualties.

Shahkar said Afghan national security forces began an investigation to find the person who attacked the workers, who provide cleaning services at the base.

The Afghan government and Taliban are in the process of exchanging prisoners as part of a peace deal signed by the United States and the Taliban on Feb. 29 in Doha.

The release of up to 5,000 Taliban prisoners and 1,000 government personnel ahead of intra-Afghan negotiations is a condition of the U.S.-Taliban deal.