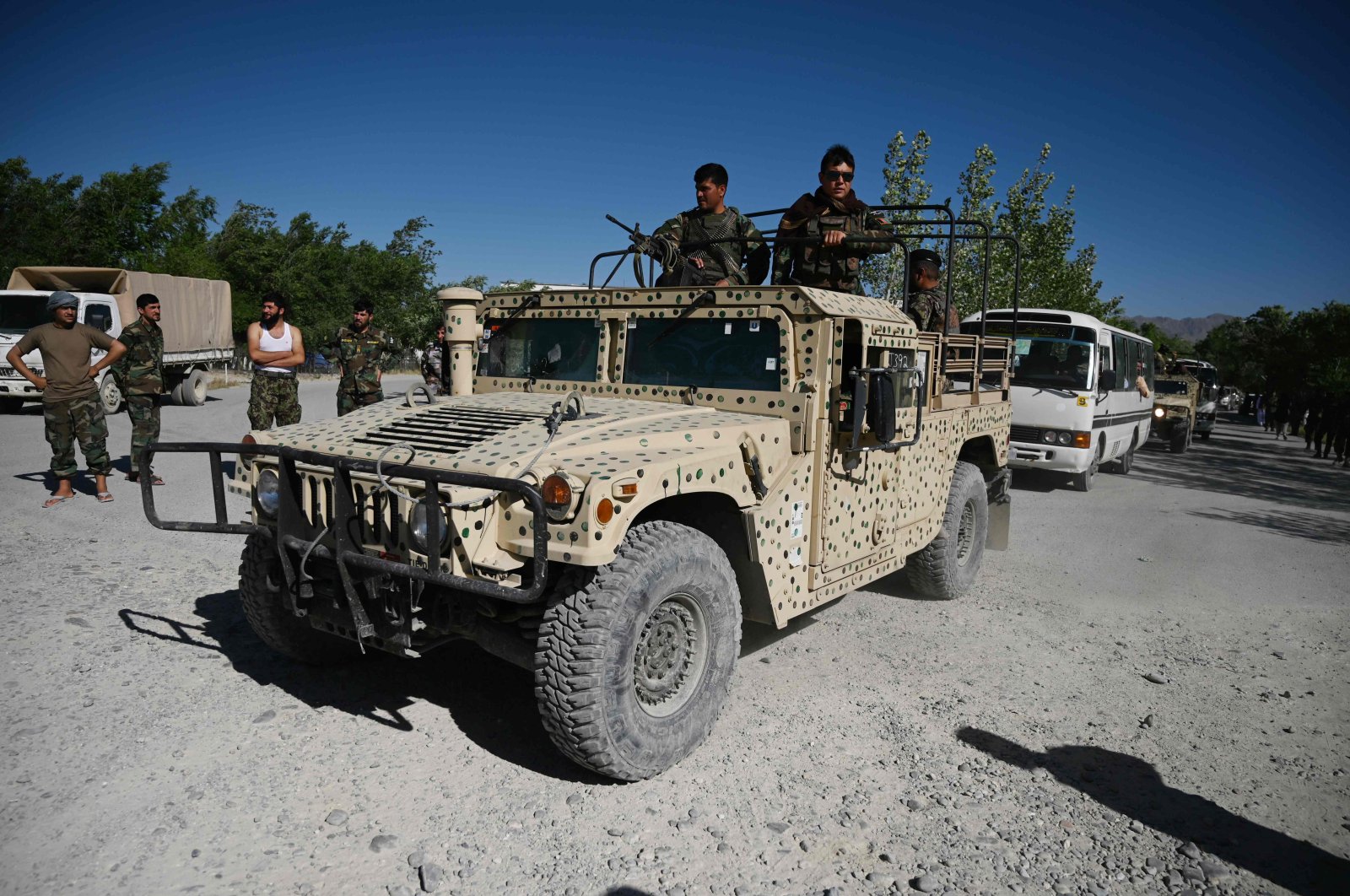 Afghan National Army (ANA) soldier escorts Taliban prisoners convoy during their release from the Bagram prison, in outside of the US military base in Bagram, some 50 km north of Kabul on May 26, 2020. (AFP Photo)
by French Press Agency - AFP May 28, 2020 11:06 am
RECOMMENDED

Seven members of the Afghan security forces were killed Thursday in an attack officials blamed on the Taliban, the first deadly assault since a three-day cease-fire ended.

The militants attacked a checkpoint in Parwan, north of the capital, said Waheeda Shahkar, spokeswoman to the provincial governor.

The Taliban have not commented.

It is the first attack that Afghan officials have blamed on the Taliban since the cease-fire held over the Ramadan Bayram, also known as Eid al-Fitr, festival ended Tuesday night.

According to Afghanistan's Independent Human Rights Commission, civilian casualties fell by 80% during the temporary truce.

A drop in violence has largely held since it ended Tuesday night, although Afghan security forces carried out airstrikes in the south on Wednesday that killed 18 "militants," police said.

The surprise truce offer from the Taliban and the lull in fighting has raised hopes that stalled peace negotiations between the insurgents and the Afghan government could begin soon.

Afghan authorities have responded to the cease-fire by releasing some 1,000 insurgent prisoners this week, and plan to further free an equal number of inmates in the coming days.

The Taliban have also said they plan to free a group of government prisoners.

The exchange is part of a U.S.-Taliban deal signed in February, which excluded the Afghan government, that stipulates Kabul would release up to 5,000 Taliban prisoners and the militants would free about 1,000 national security personnel.

Kabul had already freed about 1,000 Taliban inmates before the cease-fire, while the insurgents had released about 300 government captives.