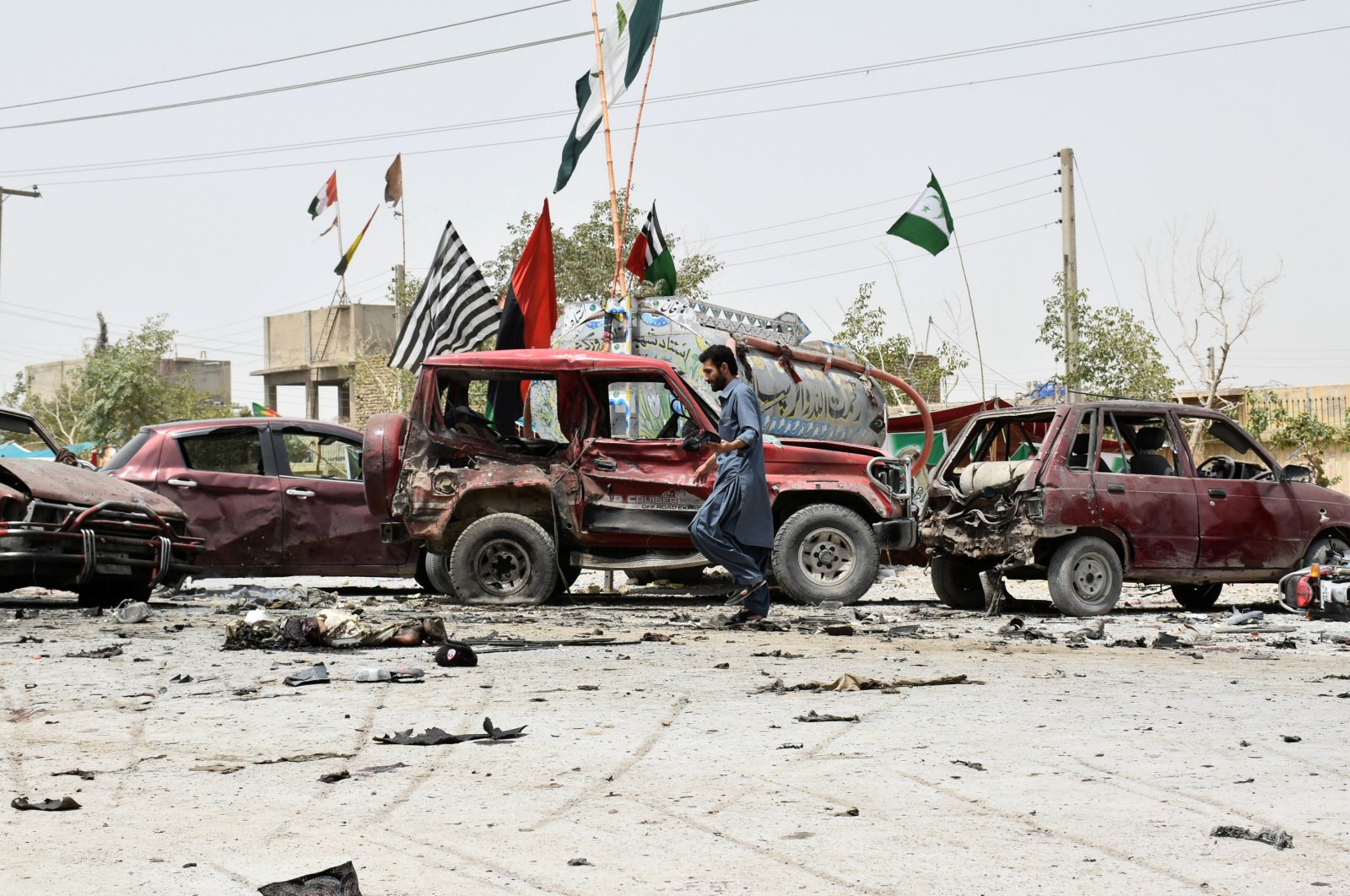 A member of the bomb disposal unit collects evidences from the site, after a suicide blast in Quetta, Pakistan July 25, 2018. (Reuters Photo)
by Associated Press Apr 10, 2020 11:32 pm
RECOMMENDED

Pakistani troops raided a militant hideout in a former Taliban stronghold near Afghanistan on Friday, triggering a shootout in which seven insurgents and two soldiers were killed, the military said.

The military said the raid took place in the North Waziristan region, in the village of Zakir Khel, and that troops acted based on "confirmed information about the presence of terrorists.” It provided no further details.

North Waziristan served as headquarters for local and foreign militants until 2017, when the army said it had cleared the region of insurgents following several operations. But despite the army claims, violence has continued albeit at a lower level.

Earlier Friday, a roadside bomb exploded near a Pakistani paramilitary vehicle in another restive region, the southwestern Baluchistan province. That explosion killed two soldiers who were clearing the area ahead of fencing the border with Afghanistan.

Two other people were wounded in the blast near the Chaman border crossing, according to two officials who spoke on condition of anonymity as they were not authorized to speak to the media.

No group immediately claimed responsibility for the Baluchistan attack. Military and government officials were not immediately available for comment. Such attacks are common in areas bordering Afghanistan, where Pakistani troops have been fencing the border off over the past years.

Pakistan says it is erecting the border fence to stop the movement of militants.

Pakistan and Afghanistan share a 2,400-kilometer (1,500-mile) border known as the Durand Line, which was drawn by British rulers in 1896. Kabul does not recognize it as an international boundary, causing friction between the two neighbors.

Baluchistan has been the scene of a low-level insurgency by small separatists groups that have been demanding more autonomy and a greater share in the region’s natural resources, such as gas and oil.