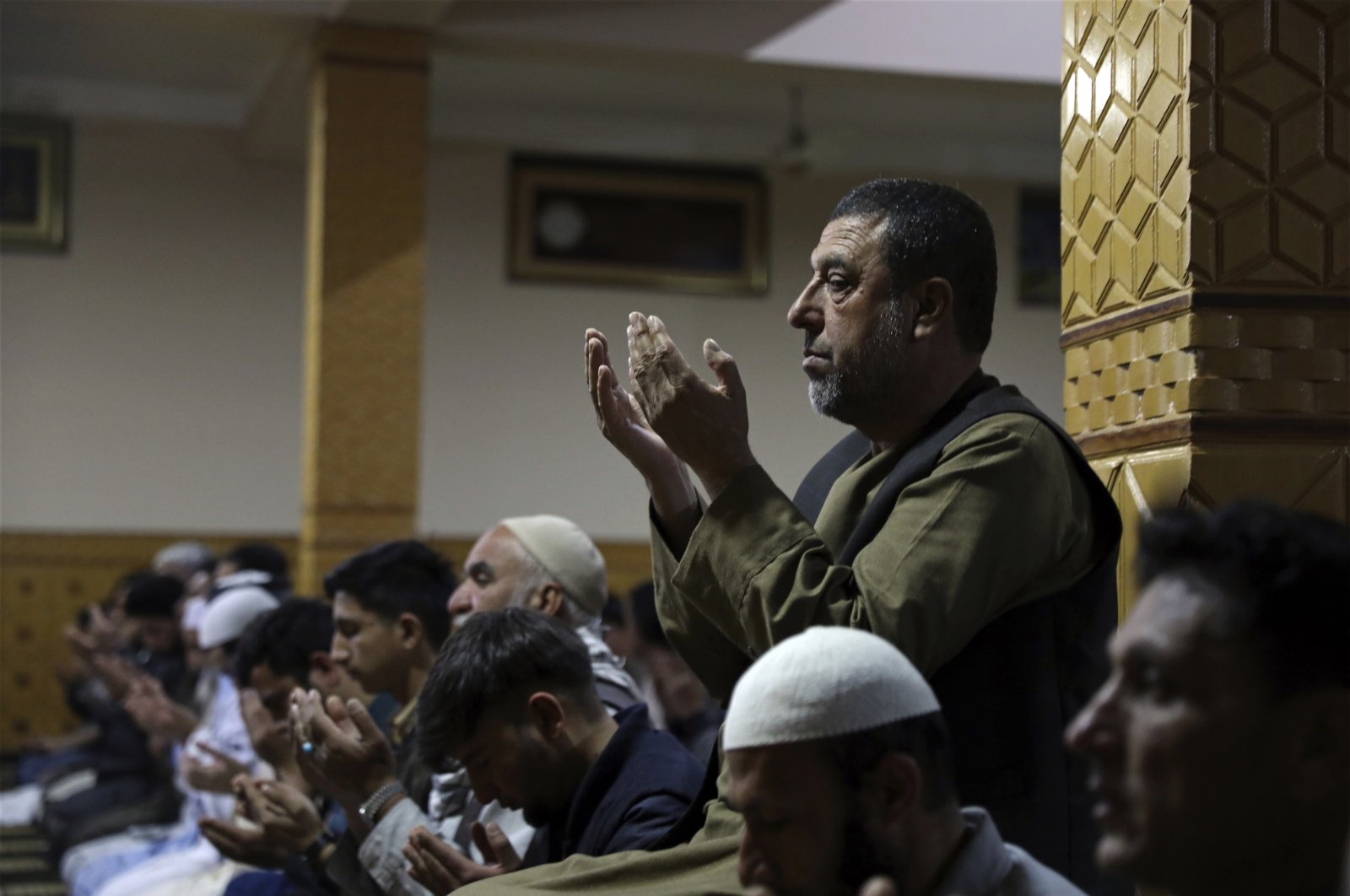 Muslims pray before a communal Iftar meal breaking their fast, at sundown on the first day of the holy fasting month of Ramadan, at a mosque in Kabul, Afghanistan, April 13, 2021. (AP Photo)
by French Press Agency - AFP Apr 18, 2021 11:42 am

Eight members of the same family were gunned down in an attack on a mosque in eastern Afghanistan, officials said Sunday.

The shooting happened on Saturday night in the city of Jalalabad in Nangarhar province, and was believed to be over a land dispute, the province's governor Zaiulhaq Amarkhil said. Five brothers and three of their male cousins were killed.

"The incident is under investigation but initial information shows a land dispute has caused the incident," Amarkhil told Agence France-Presse (AFP).

Fareed Khan, a spokesperson for Nangarhar police, confirmed the attack. Afghanistan, like the rest of the Muslim world, is observing the holy month of Ramadan, when men gather every night to offer special prayers after fasting for the day.

Revenge killings are common in Afghanistan, where families seek justice by carrying out violent acts of vengeance based on an ancient code of honor. So-called blood feuds can last for decades, passing down through generations in a cycle of violence.