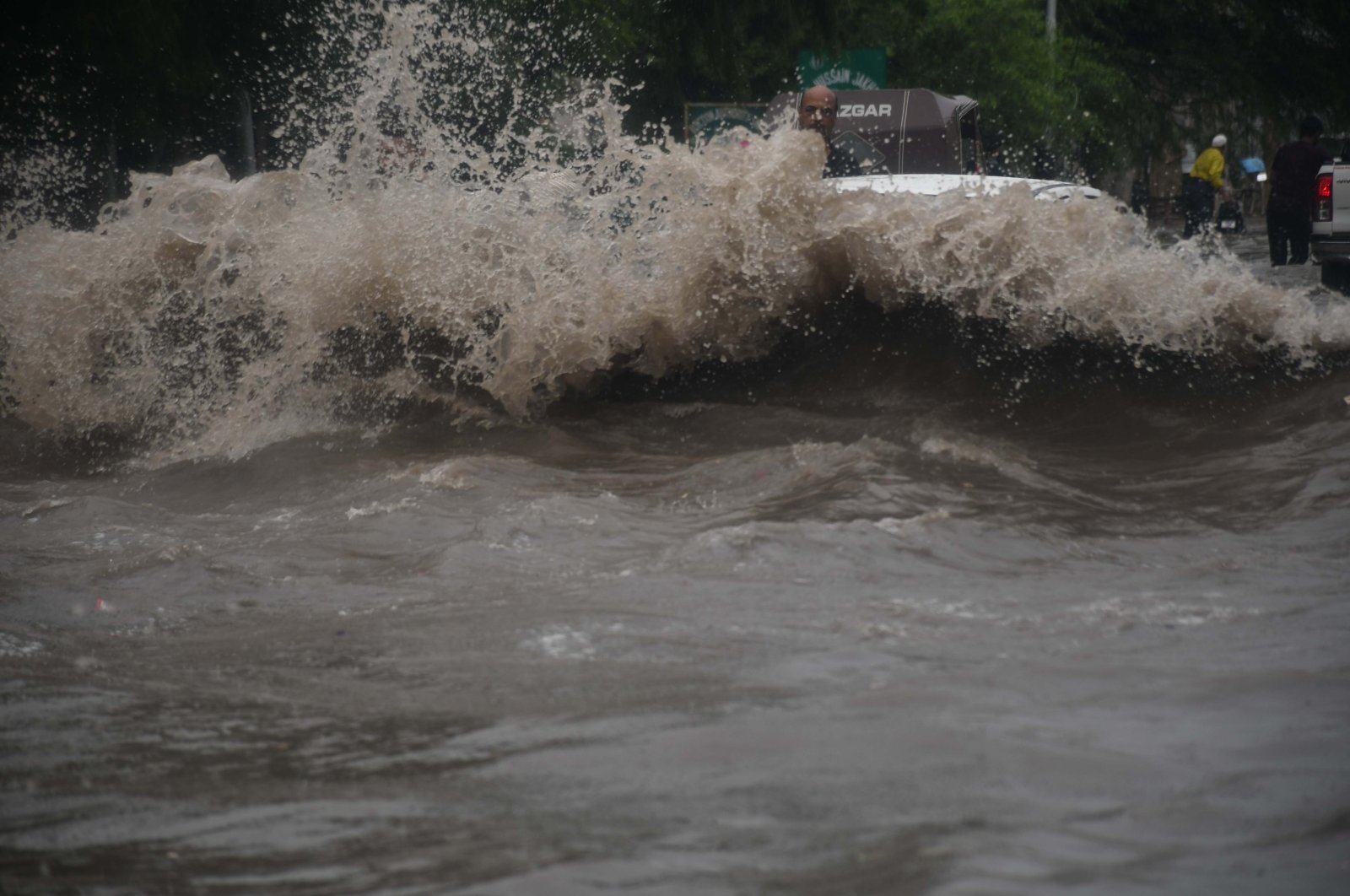 Three days of monsoon rains have caused the deaths of dozens of people and damaged hundreds of homes across Pakistan, Aug. 25, 2020. (AA Photo)
by ASSOCIATED PRESS Aug 25, 2020 4:03 pm

Three days of monsoon rains have killed at least 90 people and damaged 1,000 homes across Pakistan, the country's national disaster management agency said Tuesday, as another spell of heavy rain lashed the port city of Karachi.

Streets and homes were flooded with sewage water in Karachi, where the drainage and sewage systems are outdated.

Of the total rain-related casualties, 31 deaths were reported in southern Sindh province, while 23 people died in the province of Khyber Pakhtunkhwa, according to the agency.

It said 15 deaths were reported in southwestern Baluchistan province and eight in Punjab province. Thirteen more people died elsewhere in northern Pakistan, including three in the Pakistan-administered sector of Kashmir.

The rains are expected to continue this week in Karachi, where Prime Minister Imran Khan earlier this month sent troops to help local authorities in pumping out rainwater from inundated residential areas.

Every year, many cities in Pakistan struggle to cope with the annual monsoon deluge, drawing criticism about poor planning. The monsoon season runs from July through September.