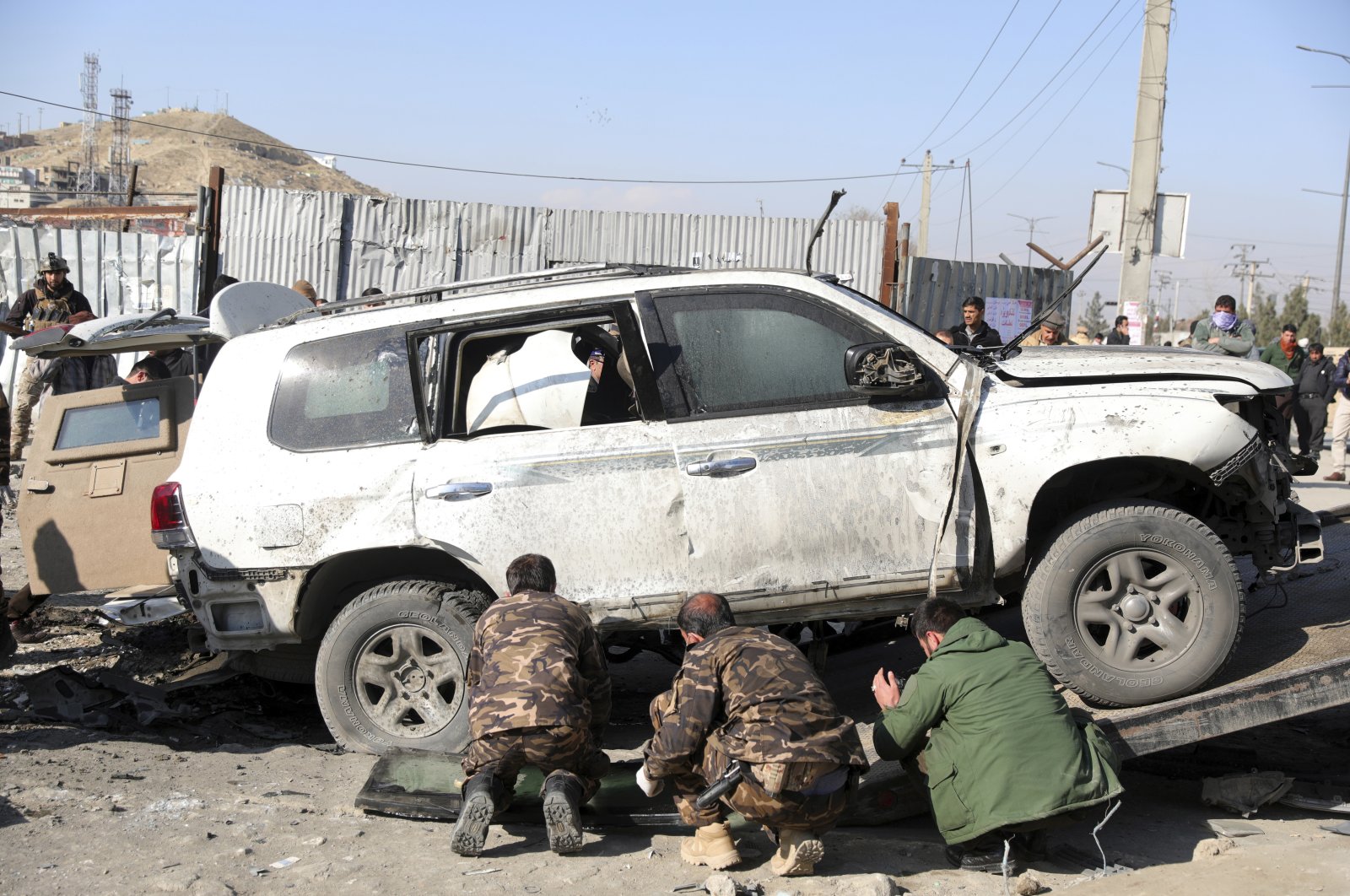 A bombing and a shooting attack on Tuesday in the Afghan capital of Kabul killed at least three people, including a deputy provincial governor, officials said.

According to Tariq Arian, an Afghan interior ministry spokesperson, a sticky bomb attached to an armored vehicle belonging to Kabul's deputy provincial governor killed two people and wounded two others.

Deputy Provincial Governor Mahbobullah Mohibi, the apparent target of the attack, was killed along with his secretary, and two of his bodyguards were wounded, Arian said.

The bombing took place in the Macrorayan neighborhood of Kabul. In the other attack in Kabul, gunmen shot and killed a police officer and wounded another policeman, said Ferdaws Faramarz, a spokesperson for Kabul's police chief. An investigation was ongoing, he added. No one immediately claimed responsibility for the Kabul attacks.

The Daesh terrorist group has claimed responsibility for multiple attacks in the capital in recent months, including horrific attacks on educational institutions that killed as many as 50 people, most of them students. The Taliban has waged bitter battles against Daesh fighters, particularly in Daesh strongholds in eastern Afghanistan, while continuing their insurgency against Afghan government forces.

Separately, the Afghan defense ministry said Tuesday the army repelled a Taliban attack in the district of Arghandab, in southern Kandahar province. At least seven Taliban fighters were killed, it claimed. On Monday, the ministry announced authorities were investigating reports that an alleged airstrike over the weekend killed around a dozen civilians, including children in Arghandab.

Meanwhile, a U.S.-based institute warned last week that there was a dramatic increase in airstrikes conducted by Afghan government forces from July to September this year, attacks that have led to a sharp rise in civilian casualties. The Watson Institute of International and Public Affairs, a research center at Brown University, said in its report that 70 Afghan civilians have been killed in the third quarter of this year, compared to 86 killed in the first six months of 2020.

In its report, the institute also said that from 2017 through 2019, civilian deaths due to U.S. and allied forces’ airstrikes in Afghanistan dramatically increased. In 2019, airstrikes killed 700 civilians – more civilians than in any other year since the beginning of the war in 2001 and 2002.

Violence in Afghanistan has spiked in recent months even as the Taliban and Afghan government negotiators are holding talks in Qatar, trying to hammer out a peace deal that could put an end to decades of war.