Afghanistan to release up to 10,000 prisoners, Daesh members not included 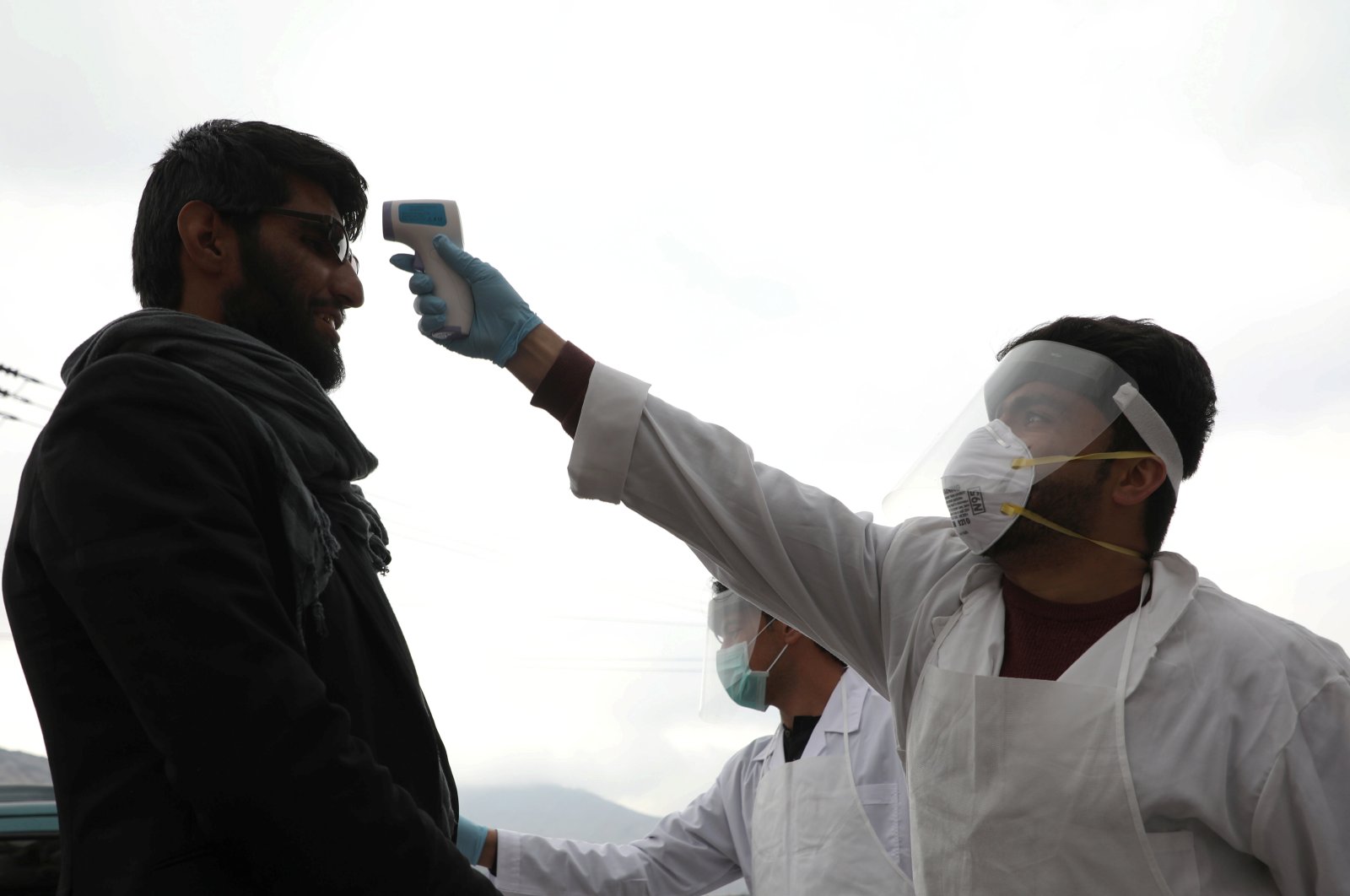 A medical official in protective gear checks the body temperature of a traveller, who arrives from provinces, amid concerns about the spread of coronavirus disease (COVID-19), in Kabul, Afghanistan March 24, 2020. (Reuters Photo)
by Daily Sabah with Reuters Mar 26, 2020 9:23 pm

Afghanistan has ordered the release of up to 10,000 prisoners – mostly women, juveniles and sick people – in a bid to slow the spread of the novel coronavirus, officials said Thursday.

Those released will not include members of the Taliban or Daesh. "The president has issued a decree that several thousand prisoners will be released soon due to coronavirus," said an official in President Ashraf Ghani's office.

The move comes after an increase in local COVID-19 cases and as tens of thousands of Afghans return from neighboring Iran, one of the countries hit hardest by the pandemic.

"This is a responsible decision to safeguard the health of the people," Hamidi told a news conference.

"The decree is not for those who have committed crimes against national and international security."

Prisons chief Ahmad Rashed Totakhail said between 9,000 and 10,000 inmates would be released over the coming 10 days.

Sudan and Ethiopia have recently ordered the release of thousands of prisoners in an effort to slow their own outbreaks.