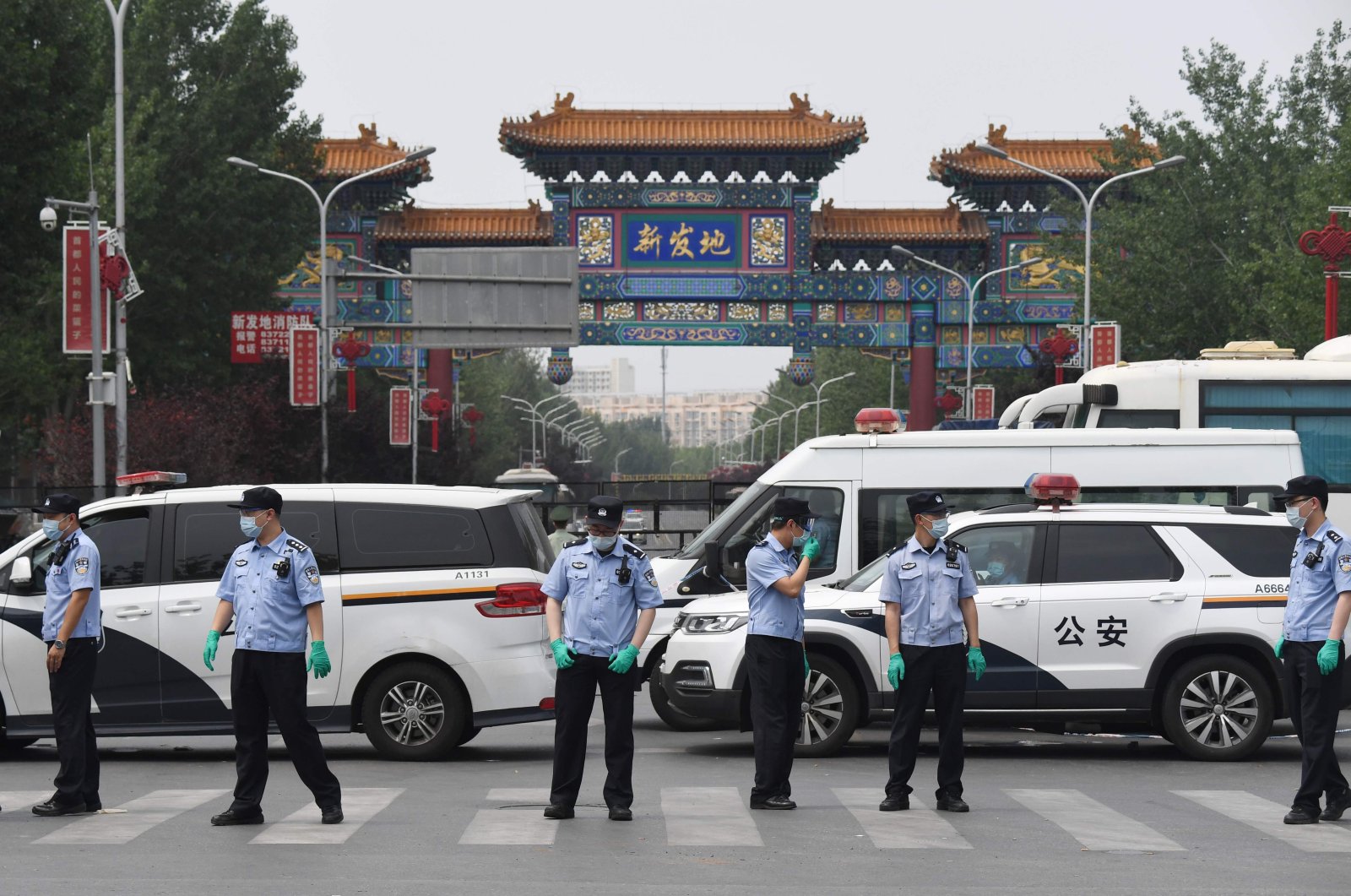 Ground zero of the outbreak, China is concerned over the real possibility of a second coronavirus pandemic, as the rest of the world is not in the clear either

China reported its highest daily total of new coronavirus cases in two months on Sunday and infections in South Korea rose, showing how the disease can come back as curbs on business and travel are lifted.

The world is seeing more than 100,000 newly confirmed cases every day, according to data from U.S.-based Johns Hopkins University.

Governments including Egypt, Ukraine and North Macedonia have also reported their highest single-day totals of new infections since Friday. In the U.S., case numbers are rising in some states as U.S. President Donald Trump pushes to reopen businesses despite warnings by public health experts.

The shock resurgence in domestic infections has rattled China, where the disease emerged late last year but had largely been tamed through severe restrictions on movement that were later emulated across the globe.

China had 57 new confirmed cases in the 24 hours through midnight Saturday, the National Health Commission reported. That was the highest since mid-April and included 36 in the capital, Beijing, a city of 20 million people.

It also gives a bleak insight into the difficulties the world will face in conquering COVID-19, even as Europe prepares for the summer holiday season after an encouraging drop in contagion, with some countries set to welcome visitors from elsewhere on the continent from Monday.

Beijing's cases all were linked to its biggest wholesale food market, which was shut down Saturday, the official China News Service reported, citing the city's disease control agency. It said 27 worked there and nine had direct or indirect exposure to it.

The Xinfadi market was closed after 50 people tested positive for the virus in the Chinese capital's first confirmed cases in 50 days.

"The meat sellers have had to close. This disease is really scary," said a fruit and vegetable trader surnamed Sun at another central Beijing market, adding there were fewer customers than normal.

Others were more sanguine. "As long as you wear a face mask, it should be fine ... Anyway, I have to buy food, right?" said shopper Song Weiming.

At least 429,000 people worldwide have died from the respiratory illness, nearly halfway through a year in which countless lives have been upended as the pandemic ravages the global economy.

China responded to the outbreak with the world's most intensive anti-disease controls, isolating cities with some 60 million people and shutting down much of its economy. Those steps were later imitated by other governments.

The ruling Communist party eased most limits on business and travel after declaring victory over the disease in March. Some curbs still are in place including a ban on most foreign travelers arriving in the country.

On Saturday, authorities in Beijing locked down 11 residential communities near the Xinfadi market. White fencing sealed off a road leading to an apartment building. Drivers were required to show identification to enter the area.

The Korea Centers for Disease Control and Prevention said 30 were in the greater Seoul area, where half of the country’s 51 million people live. New cases have been linked to nightlife establishments, church services, an e-commerce warehouse and door-to-door sellers.

The total number of confirmed cases has doubled to 7.7 million in slightly over a month and the disease is now spreading most rapidly in Latin America, where it is threatening health care systems and sparking political turmoil.

Brazil has the second-highest number of virus deaths after the U.S., surpassing Britain's toll, and the Chilean health minister resigned on Saturday amid a furor over the country's true number of fatalities.

In the U.S., the number of new cases in Arizona in the southwest has risen to more than 1,000 per day from fewer than 400 when the state’s shutdown was lifted in mid-May, according to an analysis by The Associated Press.

Gov. Doug Ducey is not requiring Arizona residents to wear masks in public despite warnings by public health experts outside the government.

The states of Utah and Oregon suspended further reopening of their economies due to a spike in cases.

The latest Chinese cases raised the mainland’s total to 83,132 with 4,634 deaths, according to the Health Commission. South Korea has reported 12,085 cases and 277 deaths.

Also Sunday, China's air regulator announced China Southern Airlines was required to suspend flights between Dhaka, Bangladesh and the southern city of Guangzhou for four weeks after 17 passengers on Thursday's flight tested positive for the virus.

Beijing allows each airline to make one flight per week on each route. Under rules announced on June 4, a route will be suspended for one week if five passengers on a flight test positive and four weeks if the number rises to 10.

The Council of State's decision allows for demonstrations and marches as long as health protections are respected. Events must be declared in advance to local authorities and not deemed a risk to public order.

The ruling came as an unauthorized protest against police violence and racial injustice wound down in Paris. Police had stopped at least 15,000 protesters from a planned march through the city Saturday, citing virus-related restrictions on any gathering of more than 10 people.

There is still no treatment for COVID-19, but pharmaceutical group AstraZeneca said it has agreed to supply an alliance of European countries with up to 400 million doses of a possible vaccine.

German government sources told Agence French-Presse a vaccine could be developed by the end of the year.

Many European nations are further lifting painful lockdowns that have saved lives and forced caseloads down but have also withered economies and caused misery for millions.

The European Union has recommended that member states fully reopen their frontiers with each other on June 15, but the border reopenings have been far from harmoniously coordinated.

Some like Poland have done so already, with people from other EU countries allowed to visit, and Germany said it would end land border checks on Monday.

"Greece is ready to welcome tourists this summer by putting safety and health as our number one priority," he said in English in front of a spectacular sunset.

France has said it will gradually reopen to countries outside the borderless Schengen zone from July. French President Emmanuel Macron is set to give a speech on Sunday in which he will detail plans to further relax virus restrictions.

In another joyful return to semi-normality, football superstar Lionel Messi took to the pitch again in Spain as Barcelona resumed their La Liga title challenge and thumped Real Mallorca 4-0 in an empty stadium.

But even in the much-awaited global sporting revival, there are wobbles. Australian rugby league officials postponed a top-level game on Sunday hours before kickoff due to a coronavirus scare.

The World Health Organization said this week the pandemic is accelerating in Africa, and Botswana's capital Gaborone was locked down Saturday after new cases were detected.

In the U.S., which has seen the most COVID-19 deaths with over 115,000, more than a dozen states, including populous Texas and Florida, reported their highest-ever daily case totals in recent days.

The rise comes as huge anti-racism protests rage across America and the world, with many demonstrators wearing masks to protect against the spread of the virus.