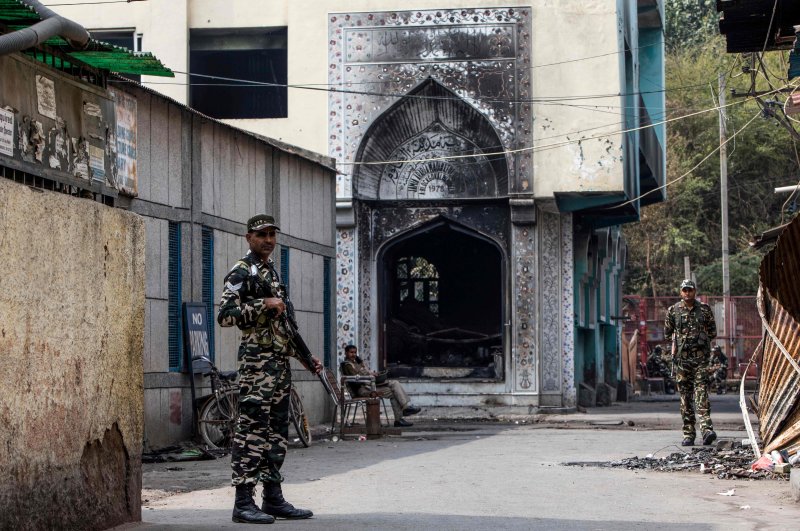 Muslims in India's capital held regular Friday prayers under the watch of riot police, capping a week which saw 42 killed and hundreds injured during the city's worst sectarian violence in decades.

Scores of mosques in New Delhi's northeast held their first sermons since mobs armed with swords, guns and acid razed parts of the district on Monday. The violence was triggered by protests against a citizenship law seen by many critics as anti-Muslim and part of Prime Minister Narendra Modi's Hindu nationalist agenda.

Paramilitary police patrolled the streets outside, still littered with broken shards of glass, stones and other debris. Dozens of volunteers stood outside the main mosque in the neighborhood of Mustafabad, home to some of the week's worst violence, urging devotees to disperse immediately after prayers.

"These are testing times. We have to be patient," said the presiding imam, after calling on his congregation to stay calm.

Fear and tension were rampant through the neighborhood, with police barring Muslim worshippers from what was left of one of several mosques set ablaze by Hindu rioters on Monday.