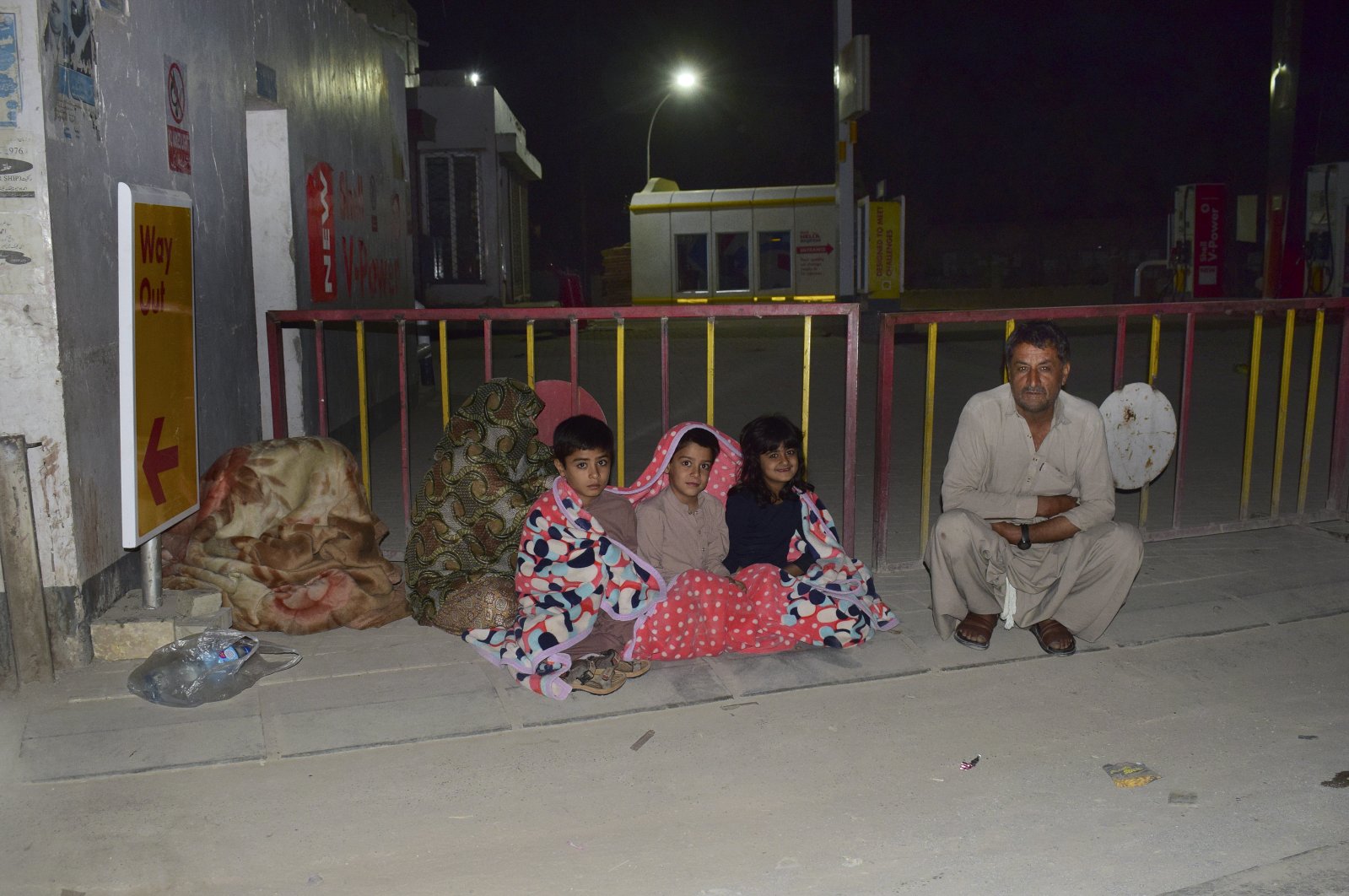 A family gather outside their house following a severe earthquake that hit the area, in Quetta, Pakistan, Thursday, Pakistan. (AP Photo)
by French Press Agency - AFP
Oct 07, 2021 8:13 am

At least 23 people died, over 200 others were injured after a magnitude 5.7 earthquake shook southern Pakistan early Thursday, according to officials.

Many of the victims died when roofs and walls collapsed after the quake struck in the Balochistan province, with a power cut forcing health workers to treat the injured using flashlights.

The worst-affected area was the remote mountainous city of Harnai, where a lack of paved roads, electricity and mobile phone coverage hampered rescuers.

At least four people were killed when the coal mine in which they were working collapsed, said Shaheen, citing coal miners in the area. As many as 100 homes also collapsed, burying sleeping residents inside.

A woman and six children were among 23 dead, Suhail Anwar Hashmi, a senior provincial government official, told Agence France-Presse (AFP), adding that "more than 200 people have been injured."

"We are soon sending helicopters to the area to help support the rescue operation and to evacuate injured," Hashmi said.

Naseer Nasar, the head of Balochistan's Provincial Disaster Management Authority, warned that the toll may rise.

The quake caused electricity to fail in the region, with health staff working until dawn without lights in a poorly equipped government hospital.

Before daybreak, "we were operating without electricity with the help of torches and mobile flashlights," Zahoor Tarin, a senior official at the government-run Harnai hospital told AFP.

"Most of the injured came with fractured limbs. Dozens of people were sent back after first aid," he said, adding that "at least 40 people were received with critical injuries".

"We have imposed an emergency in the hospital and are providing them medical treatment."

Private individuals were helping rush the injured to hospitals.

The U.S. Geological Survey said the quake had a magnitude of 5.7 and struck around 3 a.m/ at a depth of around 20 kilometers (12 miles). The earthquake was also felt in Balochistan's capital Quetta.

Pakistan straddles the boundary where the Indian and Eurasian tectonic plates meet, making the country susceptible to earthquakes.

In October 2015, a magnitude 7.5 quake in Pakistan and Afghanistan killed almost 400 people across rugged terrain that impeded relief efforts.

The country was also hit by a magnitude 7.6 quake on October 8, 2005, that killed more than 73,000 people and left about 3.5 million homeless, mainly in Pakistan-controlled Kashmir.