At least 3 die in Afghanistan's Jalalabad in anti-Taliban protest 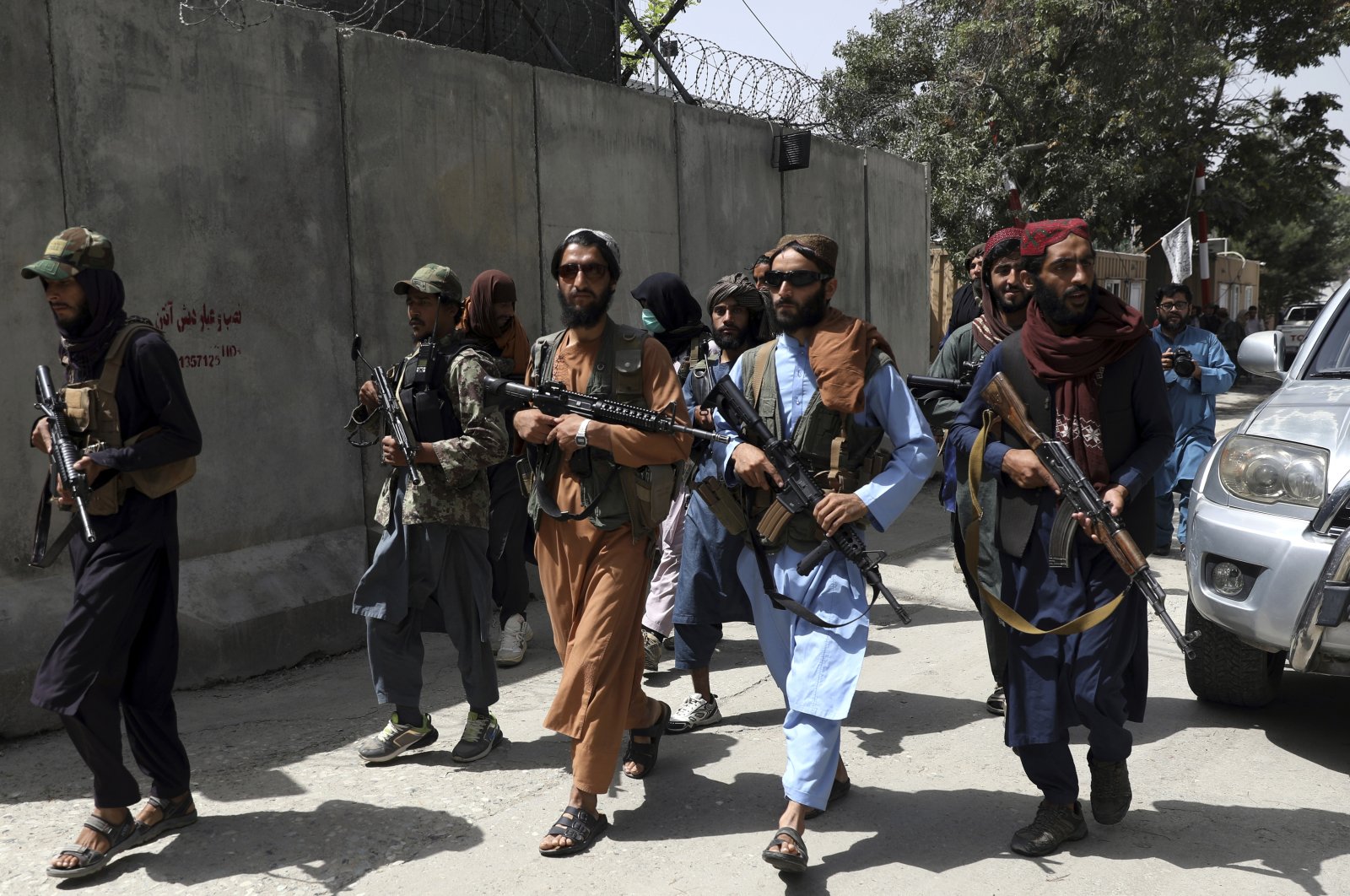 At least three people were killed and more than a dozen injured after Taliban militants opened fire during protests against the group in the western Afghan city of Jalalabad, two witnesses and a former police official told Reuters. The Taliban broke up a protest in eastern Afghanistan, quashing a rare public show of dissent as they met with Afghan officials from the Western-backed government they toppled.

The insurgents' every action in their sudden sweep to power is being watched closely. They insist they have changed and won’t impose the same draconian restrictions they did when they last ruled Afghanistan, all but eliminating women’s rights, carrying out public executions and harboring al-Qaida in the years before the 9/11 attacks. But many Afghans remain deeply skeptical, and the violent response to Wednesday's protest could only fuel their fears.

Thousands are racing to the airport and borders to flee the country. Many others are hiding inside their homes, fearful after prisons and armories were emptied during the insurgents’ blitz across the country.

Dozens of people gathered in Jalalabad to raise the national flag a day before Afghanistan's Independence Day, commemorating the end of British rule in 1919.

They lowered the Taliban flag that the militants have raised in the areas they captured. Video footage later showed the Taliban firing into the air and attacking people with batons to disperse the crowd.

Babrak Amirzada, a reporter for a local news agency, told The Associated Press (AP) that the Taliban beat him and a TV camera operator from another agency as they tried to cover the unrest.

Meanwhile, videos from the Panjshir Valley north of Kabul, a stronghold of the Northern Alliance militias that allied with the United States against the Taliban in 2001, appear to show potential opposition figures gathering there. It's in the only province that hasn't yet fallen to the Taliban.

Those figures include members of the deposed government – Vice President Amrullah Saleh, who asserted on Twitter that he is the country’s rightful president and Defense Minister Gen. Bismillah Mohammadi – as well as Ahmad Massoud, the son of the slain Northern Alliance leader Ahmad Shah Massoud. It's unclear if they intend to challenge the Taliban, who seized most of the country in a matter of days last week.

The Taliban, meanwhile, pressed ahead with their efforts to form an "inclusive, Islamic government.” They have been holding talks with former President Hamid Karzai and Abdullah Abdullah, a senior official in the ousted government.

Karzai and Abdullah met Wednesday with Anas Haqqani, a senior leader in a powerful Taliban faction. The U.S. branded the Haqqani network a terrorist group in 2012, and its involvement in a future government could trigger international sanctions.

Amid the uncertainty, thousands of Afghans have tried to flee the country in recent days, and the U.S. and its allies have struggled to manage a chaotic withdrawal from the country.

Hundreds of people were outside the airport early Wednesday. The Taliban demanded to see documents before allowing the rare passenger inside. Many of the people outside did not appear to have passports, and each time the gate opened even an inch, dozens tried to push through.

The Taliban fired occasional warning shots to disperse them.

In Kabul, groups of Taliban fighters carrying long guns patrolled a well-to-do neighborhood that is home to many embassies as well as mansions of the Afghan elite. The Taliban have promised to maintain security, but residents say groups of armed men have been going door to door inquiring about Afghans who worked with the Americans or the deposed government. It’s unclear if the gunmen are Taliban or criminals posing as militants.

Another Taliban promise being closely watched is their vow to prevent Afghanistan from again being used as a base for planning terrorist attacks. That was enshrined in a 2020 peace deal with the Trump administration that paved the way for the drawdown of American troops, the last of whom are supposed to leave at the end of the month.

In a sign of the difficulties any future Afghan government will face, the head of Afghanistan’s Central Bank said the country's supply of physical U.S. dollars is "close to zero."

Afghanistan has some $9 billion in reserves, Ajmal Ahmady tweeted, but most is held outside the country, with some $7 billion held in U.S. Federal Reserve bonds, assets and gold. Ahmady said the country did not receive a planned cash shipment amid the Taliban offensive.

"The next shipment never arrived,” he wrote. "Seems like our partners had good intelligence as to what was going to happen.” He said the lack of U.S. dollars would likely lead to a depreciation of the local currency, the afghani, hurting the country's poor.

Afghans have been lining up outside ATMs for days, with many pulling out their life savings. Ahmady said the Taliban would struggle to access the country's reserves because of international sanctions. The "Taliban won militarily – but now have to govern,” he wrote. "It is not easy.”