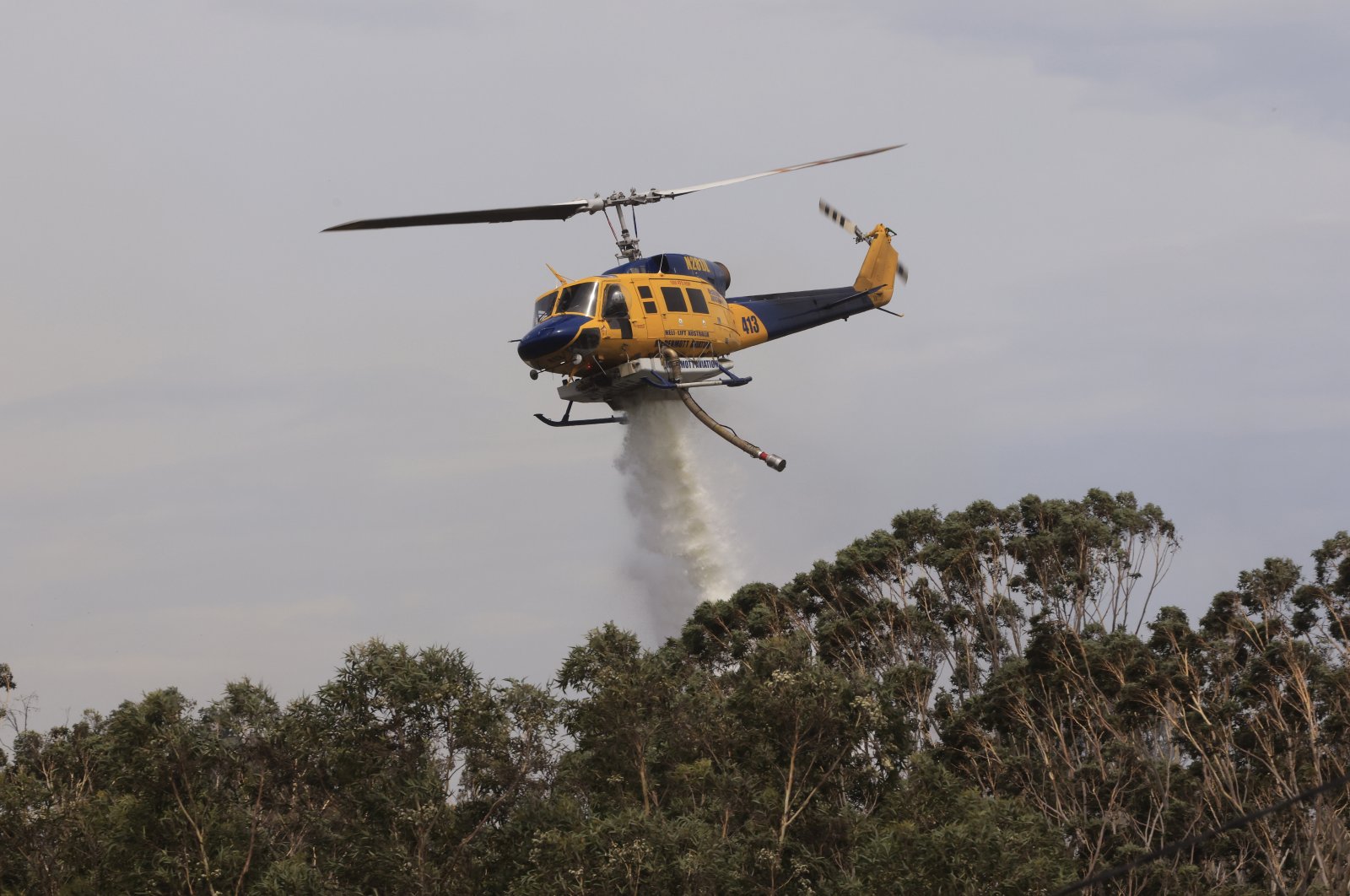 Australian firefighters are struggling to control a massive bushfire that already destroyed 40% of the UNESCO world heritage-listed Fraser Island before a heat wave hit Monday.

The fire on the world's largest sand island, off Australia's east coast, has been raging for more than six weeks and is consuming large swathes of the island's unique forests.

Temperatures are forecast to peak at 34 degrees Celsius (93 degrees Fahrenheit) Monday as a heat wave sweeps across the region, raising concerns that hotter conditions will further fuel the blaze.

"The vegetation on Fraser Island is extremely dry and because it's so dry it's therefore very easy to ignite," incident controller James Haig told Agence France-Presse (AFP).

Firefighters are not only battling "very challenging weather conditions," he said, but are stymied by limited access to the blaze in the island's remote north.

Queensland Parks and Wildlife Service said the fire was burning on two fronts across 74,000 hectares (183,000 acres) – or 42% of the island – but was not threatening properties.

However, as the fire has inched closer to settlements in recent days, authorities have banned new visitors from traveling to the popular holiday destination and restricted ferry services until further notice.

Haig said as many as 10 water-bombing aircraft had been deployed to fight the fire, including some tasked with protecting culturally significant Aboriginal sites.

Planes dropped about 250,000 liters (66,043 gallons) of water on Saturday alone, but Haig said these efforts "will not stop the fire" but merely slow its progress.

"We really need rain and we're unfortunately not likely to receive it for some time," he said.

About two-thirds of Queensland state, including Fraser Island, is currently in drought.

Fraser Island – known for its large population of dingoes, or native wild dogs – was listed as a world heritage site for its rainforests, freshwater dune lakes and complex system of sand dunes that are still evolving.

It is also called K'gari, or paradise, in the language of the local Butchulla people, and the spectacular setting attracts hundreds of thousands of tourists a year.

Smaller bushfires are burning elsewhere in Queensland as temperatures there soar after a weekend heat wave saw records tumble in Australia's southeast, including in Sydney, where the city's residents sweltered through two days above 40 C.

More than 50 bushfires were burning across New South Wales state on Monday, where a return to heat wave conditions is forecast Tuesday.

Australia is still reeling from the devastating 2019-2020 fires, which burned an area roughly the size of the U.K. and left 33 people dead as tens of thousands fled their homes.

The country is one of the world's leading fossil fuel exporters, and the conservative government has dragged its heels on tackling carbon emissions, despite recent polling showing Australians are increasingly concerned about climate change.