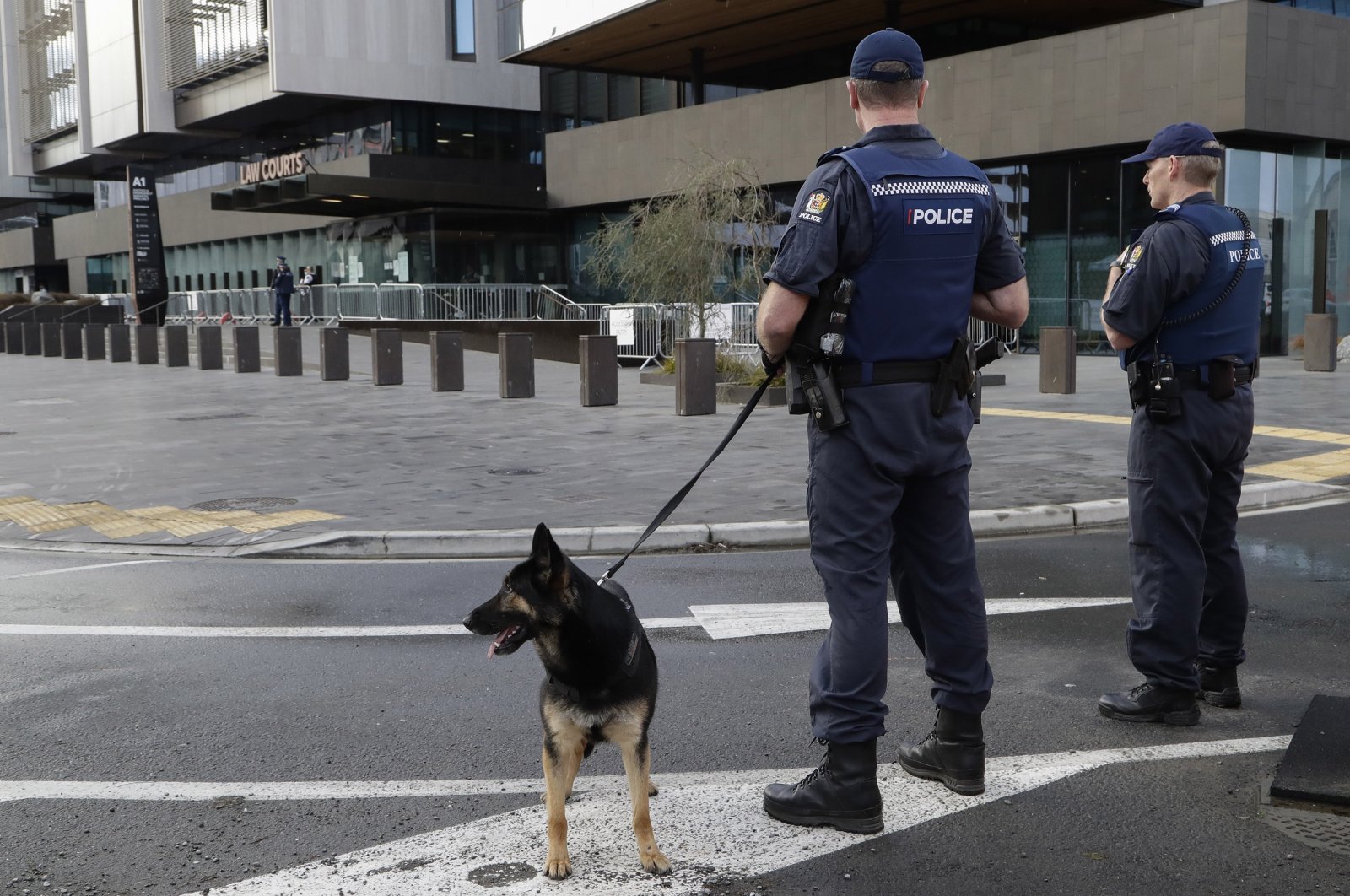 Police keep watch outside the Christchurch High Court ahead of day two of the sentencing hearing of Australian Brenton Harrison Tarrant, in Christchurch, New Zealand, Tuesday, Aug. 25, 2020. (AP Photo)
by REUTERS
Mar 22, 2021 11:09 am

Australia on Monday designated a right-wing extremist group as a terrorist organization for the first time, a ruling that gives Canberra the power to imprison members of the neo-Nazi group.

The classification of the U.K.-based Sonnenkrieg Division – also known as SKD – follows a similar ruling made by Britain last year.

"SKD adheres to an abhorrent, violent ideology that encourages lone-wolf terrorist actors who would seek to cause significant harm to our way of life and our country," Peter Dutton, Australia's minister for home affairs said in an emailed statement.

The head of Australia's ASIO intelligence agency, Mike Burgess, said on Monday that SKD and other right-wing groups accounted for 40% of terror-related investigations carried out over the past 12 months.

Australia, a staunch U.S. ally, is on heightened alert after a series of "lone wolf" attacks in recent years.

In 2019, a teenage neo-Nazi who called Britain's Prince Harry a race traitor months after his marriage to U.S. actress Meghan Markle was jailed in Britain alongside another member of SKD for terrorism offenses.