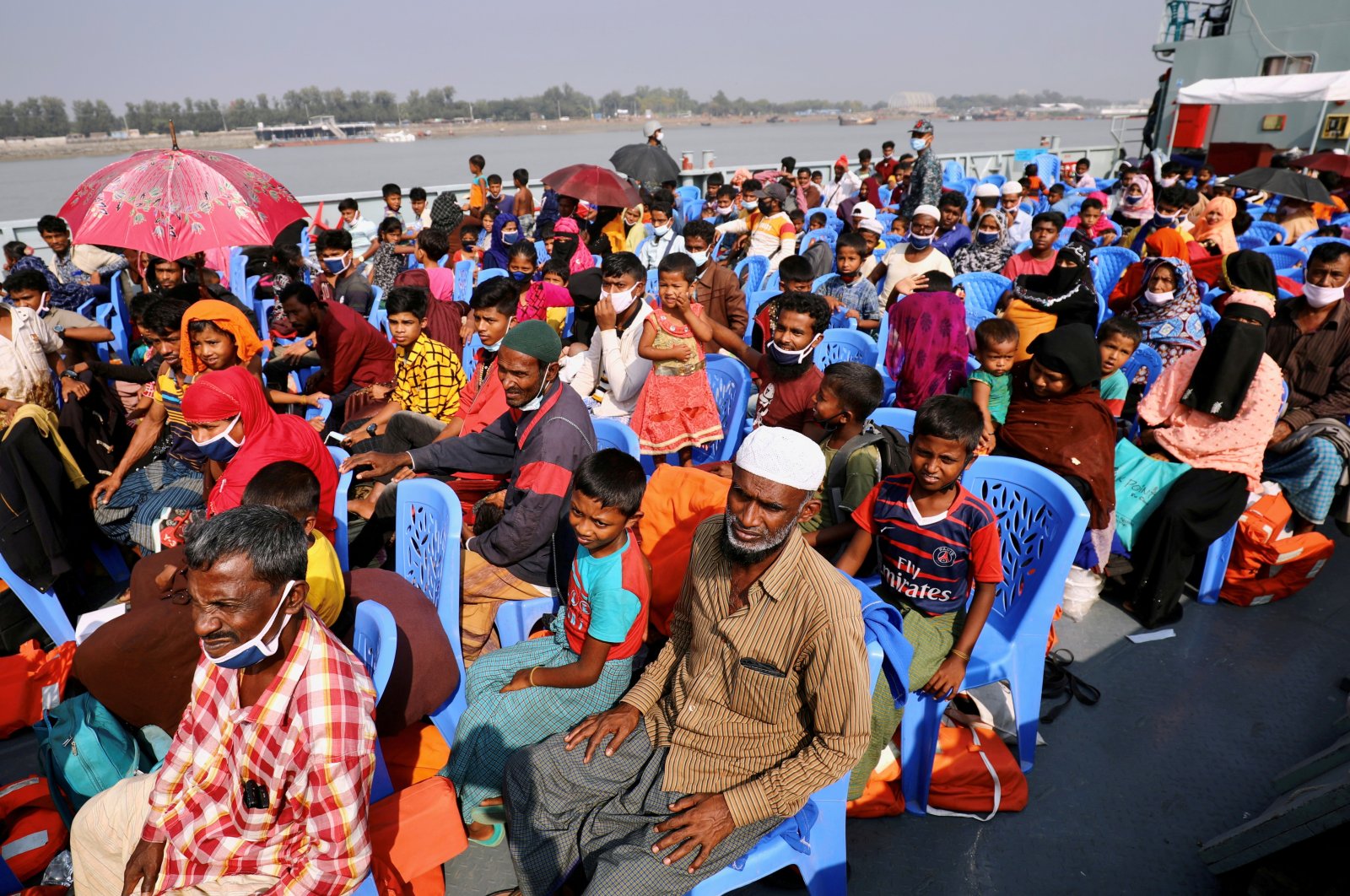 Rohingya refugees are seen aboard a ship as they are moved to Bhasan Char island in Chattogram, Bangladesh, Dec. 4, 2020. (Reuters Photo)
by REUTERS Dec 27, 2020 1:24 pm
RECOMMENDED

Bangladesh is set to move a second batch of Rohingya refugees from neighboring Myanmar to the remote island of Bhasan Char in the Bay of Bengal this month, officials said on Sunday, despite calls by rights groups not to carry out further relocations.

Around 1,000 Rohingya refugees, members of a Muslim minority who have fled Myanmar, will be moved to the island in the next few days after Bangladesh relocated more than 1,600 early this month, two officials with direct knowledge of the matter said.

"They will be moved to Chittagong first and then to Bhasan Char, depending on the high tide," one of the officials said.

The officials declined to be named as the issue had not been made public. Mohammed Shamsud Douza, the deputy Bangladesh government official in charge of refugees, said the relocation was voluntary.

"They will not be sent against their will." The United Nations has said it has not been allowed to carry out a technical and safety assessment of Bhasan Char, a flood-prone island in the Bay of Bengal, and was not involved in the transfer of refugees there.

Bangladesh says it is transferring only people who are willing to go, and the move will ease chronic overcrowding in camps that are home to more than 1 million Rohingya. But refugees and humanitarian workers say some of the Rohingya have been coerced into going to the island, which emerged from the sea 20 years ago.

Bangladeshi Foreign Minister Abdul Momen told Reuters earlier this month the United Nations should first assess and verify how conducive the environment in Myanmar's Rakhine state was for repatriating the refugees, before carrying out an assessment of Bhasan Char.

Several attempts to kick-start the repatriation of Rohingya to Myanmar have failed after refugees said they were too fearful of further violence to return.