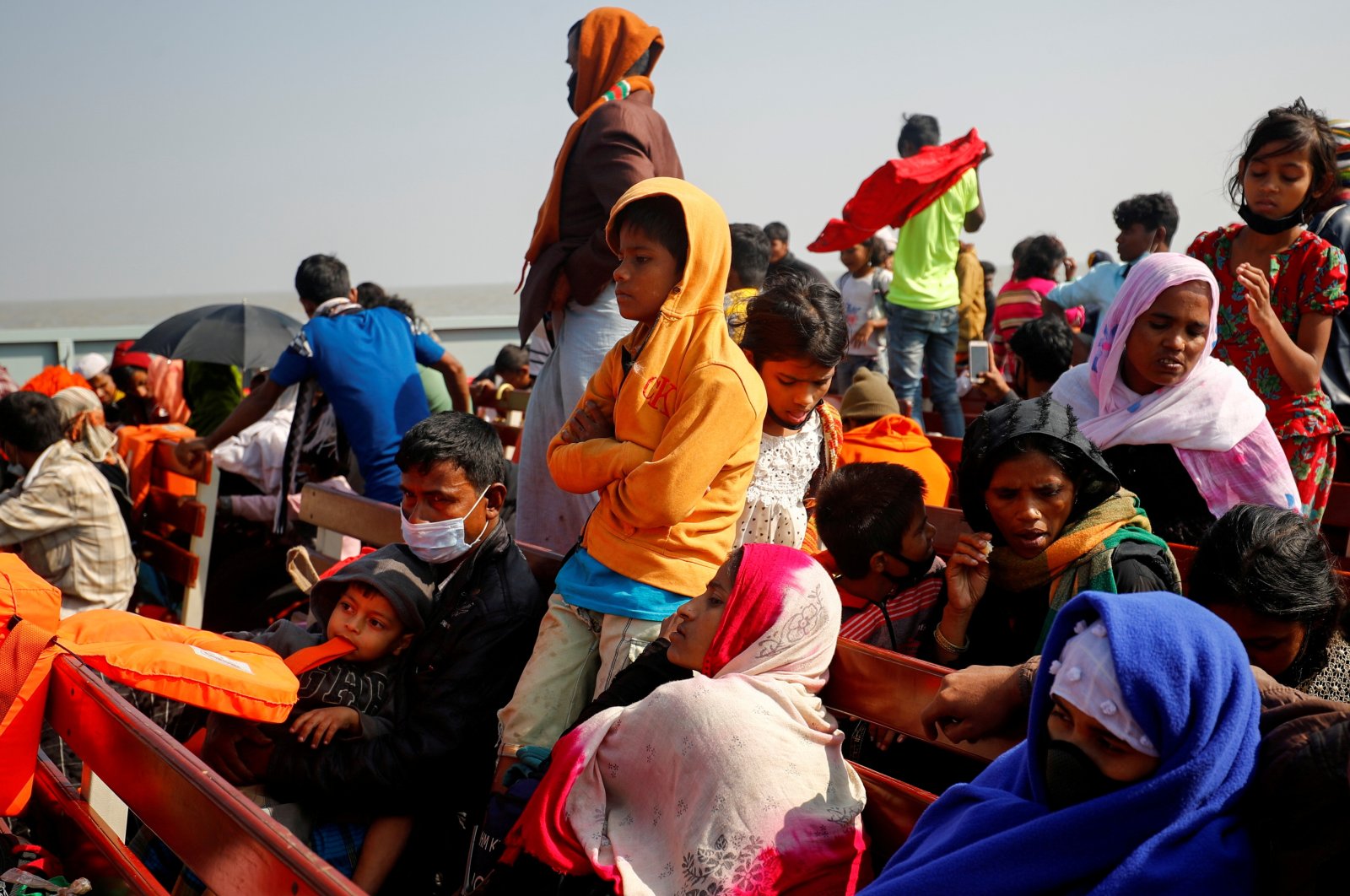 Bangladeshi security forces tortured and restricted the movement of Rohingya refugees, a report by the Human Rights Watch (HRW) said Tuesday and has called on the government to investigate the matter.

Bangladesh, home to nearly 1.2 million Rohingya who mostly fled the August 2017 brutal military crackdown in Myanmar's Rakhine State, has relocated nearly 20,000 members of the persecuted community as part of its plan to shift a total of 100,000 refugees from its mainland camp in the southern district of Cox's Bazar.

"Bangladesh security forces on April 6, 2021 arrested and beat at least 12 refugees who were caught trying to leave the island, restricting their freedom of movement," the HRW said.

"On April 12, a Bangladesh sailor allegedly beat four children with a PVC pipe (plastic pipe) for leaving their quarters to play with refugee children in another area," according to the statement.

It added: "The authorities should immediately release any refugees who are arbitrarily detained, and those responsible for abuses should be held accountable."

"The Bangladesh government saved countless lives by providing shelter to Rohingya people," Brad Adams, the Asia director of the rights group, said, adding: "But this doesn't justify detaining them on an island and beating them if they try to move."

The statement also quoted a mother of a detained refugee who claimed that a police officer threatened to kill her son in a "staged encounter," a euphemism for extrajudicial killing in Bangladesh, unless the family paid a bribe.

When she inquired about her son, the officer allegedly responded: "Pay the money first, then your son will be safe."

Bangladeshi authorities, on the other hand, dismissed the accusation, calling it "completely false and baseless."

"There is no truth in this statement. It is thoroughly false, fabricated, and baseless," Commodore M. Rashed Sattar, the director of Bhasan Char Rohingya rehabilitation project, told Anadolu Agency (AA).

He added that according to the government's directions, Rohingya on the island are being provided all sorts of facilities and that they are living a much better life in Bhasan Char than in the congested mainland camps.

The silt island located 50 kilometers (31miles) off Bangladesh's southwestern coast and nearly 193 kilometers (120 miles) south of the capital Dhaka originated two decades ago and has never been used for human habitation before the Rohingya project.

The government has constructed 1,400 big cluster houses and 120 cyclone shelters 4 feet above the ground with concrete blocks on the island, with each cluster house comprising 16 rooms.