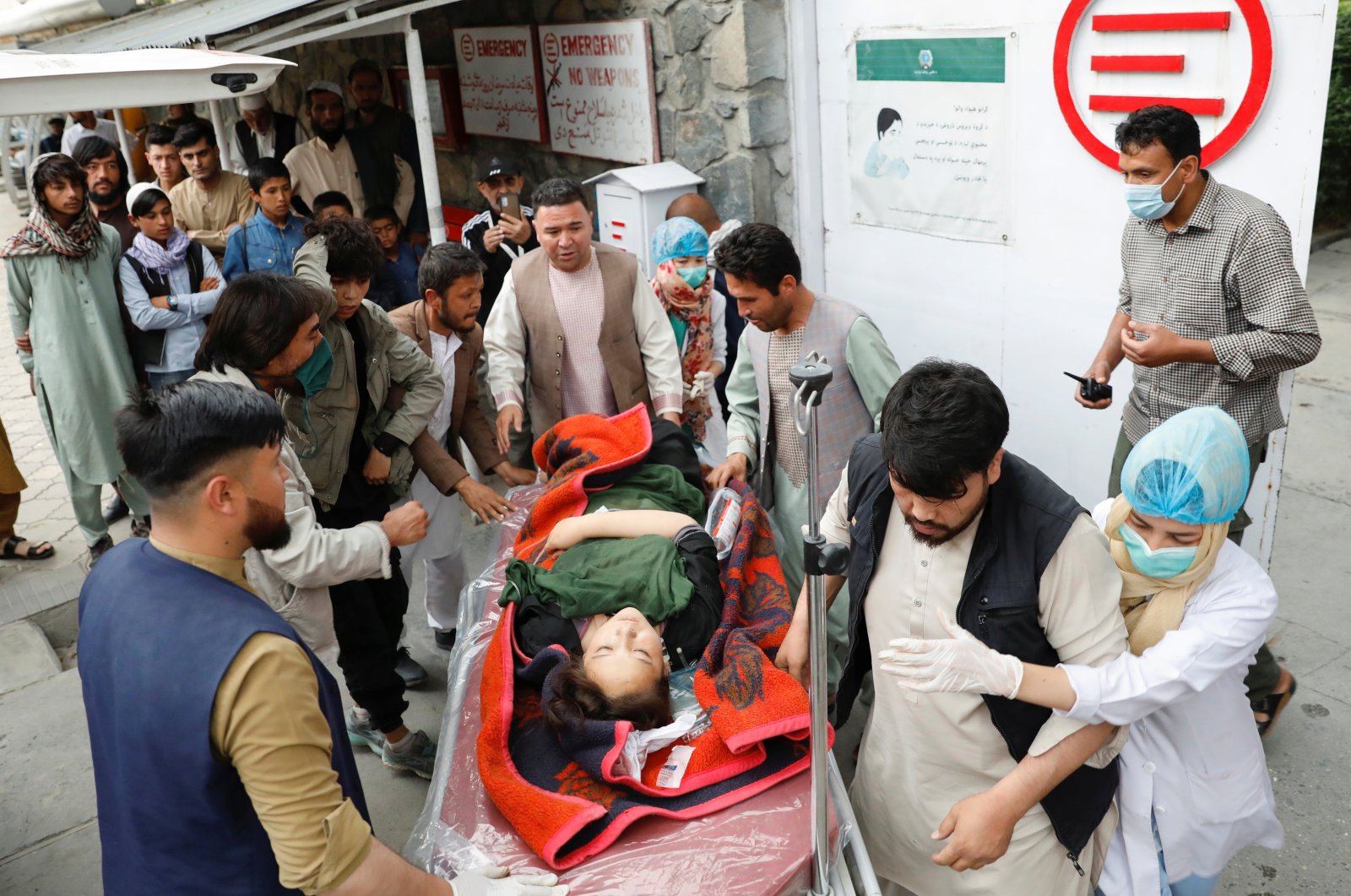 An injured woman is transported to a hospital after a blast in Kabul, Afghanistan, May 8, 2021. (Reuters Photo)
by Associated Press May 08, 2021 4:37 pm
RECOMMENDED

A bomb exploded near a school in west Kabul Saturday, killing at least 25 people, many of them young students, Afghan government spokespeople said.

Ambulances were rushing to evacuate the wounded from the scene of the blast near Syed Al-Shahda school, in the Shiite majority neighborhood of Dasht-e-Barchi, Interior Ministry spokesperson Tariq Arian said.

At one nearby hospital, Associated Press journalists saw at least 20 dead bodies lined up in hallways and rooms, with dozens of wounded people and families of victims pressing through the facility.

Outside the Muhammad Ali Jinnah Hospital, dozens of people lined up to donate blood, while family members checked casualty lists posted on the walls.

Both Arian and Nazari said that at least 50 people were also wounded, and that the casualty toll could rise. The attack occurred just as the fasting day came to an end.

No one immediately claimed responsibility for the attack, although Daesh terrorists previously claimed attacks against minority Shiites in the same area.

Last year the extremists claimed two brutal attacks on education facilities that killed 50 people, most of them students. Even as Daesh has been degraded in Afghanistan, according to government and United States officials, it has stepped up its attacks, particularly against Shiite Muslims and women workers.

The attack comes days after the remaining 2,500 to 3,500 American troops officially began leaving the country. They will be out by Sept. 11 at the latest. The pullout comes amid a resurgent Taliban, who control or hold sway over half of Afghanistan.

The top U.S. military officer said Sunday that Afghan government forces face an uncertain future and possibly some “bad possible outcomes” against Taliban insurgents as the withdrawal accelerates in the coming weeks.