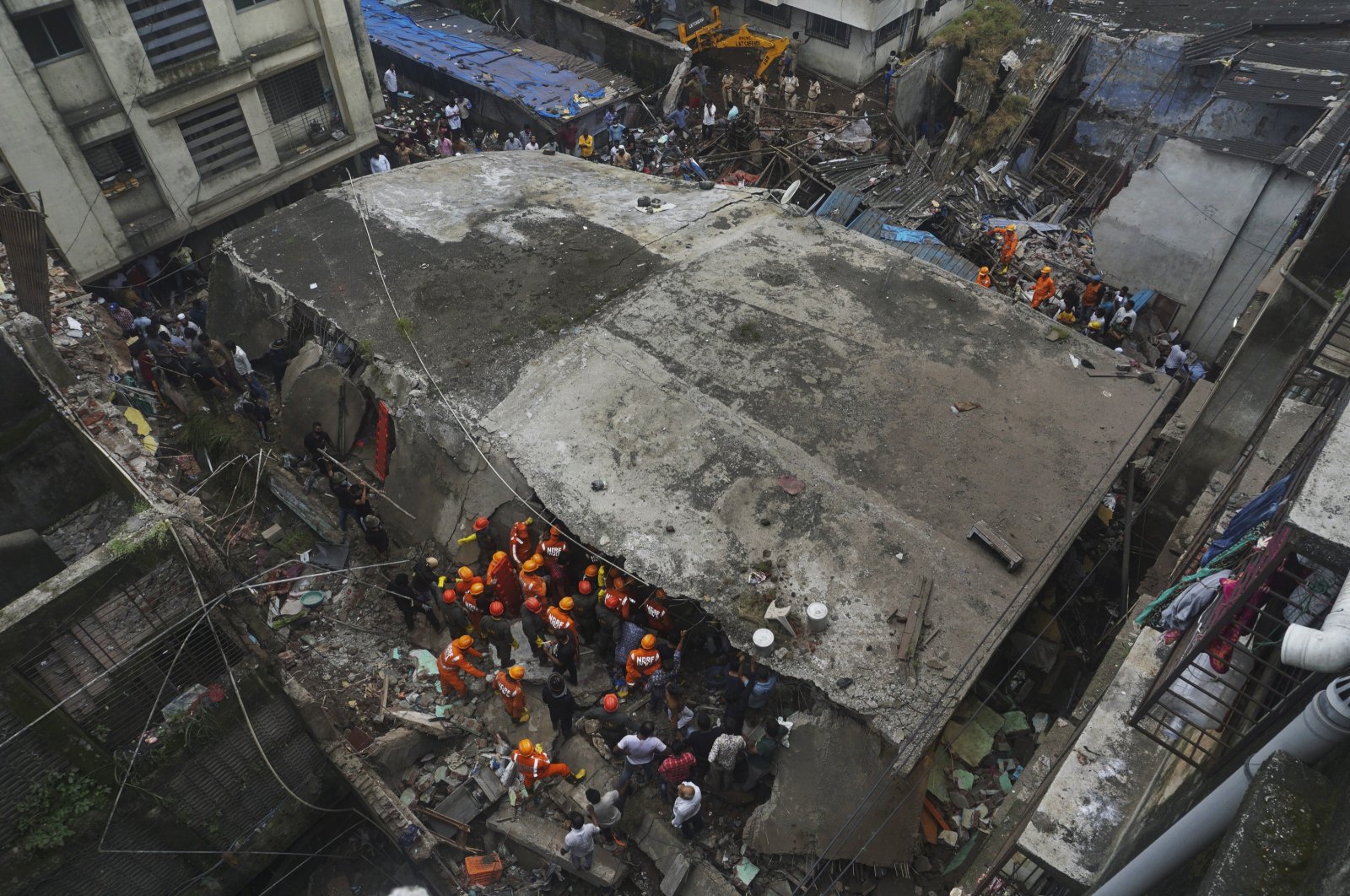 Rescuers look for survivors after a residential building collapsed in Bhiwandi in Thane district, a suburb of Mumbai, India, Sept. 21, 2020. (AP Photo)
by ASSOCIATED PRESS Sep 21, 2020 10:23 am

A residential building that was due for repairs collapsed in central India early Monday, killing at least 13 people and trapping many others, officials said.

Between 20 to 25 people are feared trapped under the rubble of the four-story building in Maharashtra state that collapsed at around 4 a.m., said India’s National Disaster Response Force and rescuers are working to find and free them.

At least 11 people were injured when the building collapsed, said Pankaj Ashiya, the commissioner of Bhiwandi in Thane district, a suburb of India’s financial capital Mumbai.

He said that the building was over 30 years old and needed repairs, which couldn’t be carried out due to the coronavirus lockdown.

Indian Prime Minister Narendra Modi expressed his condolences on Twitter. “Praying for a quick recovery of those injured. Rescue operations are underway and all possible assistance is being provided to the affected,” he wrote.

Maharashtra is one of India’s hardest hit states by the virus with over a million reported cases. India has reported over 5.4 million coronavirus cases.

Building collapses are common in India during the June-September monsoon season when heavy rains weaken the foundations of structures that are poorly constructed or old.