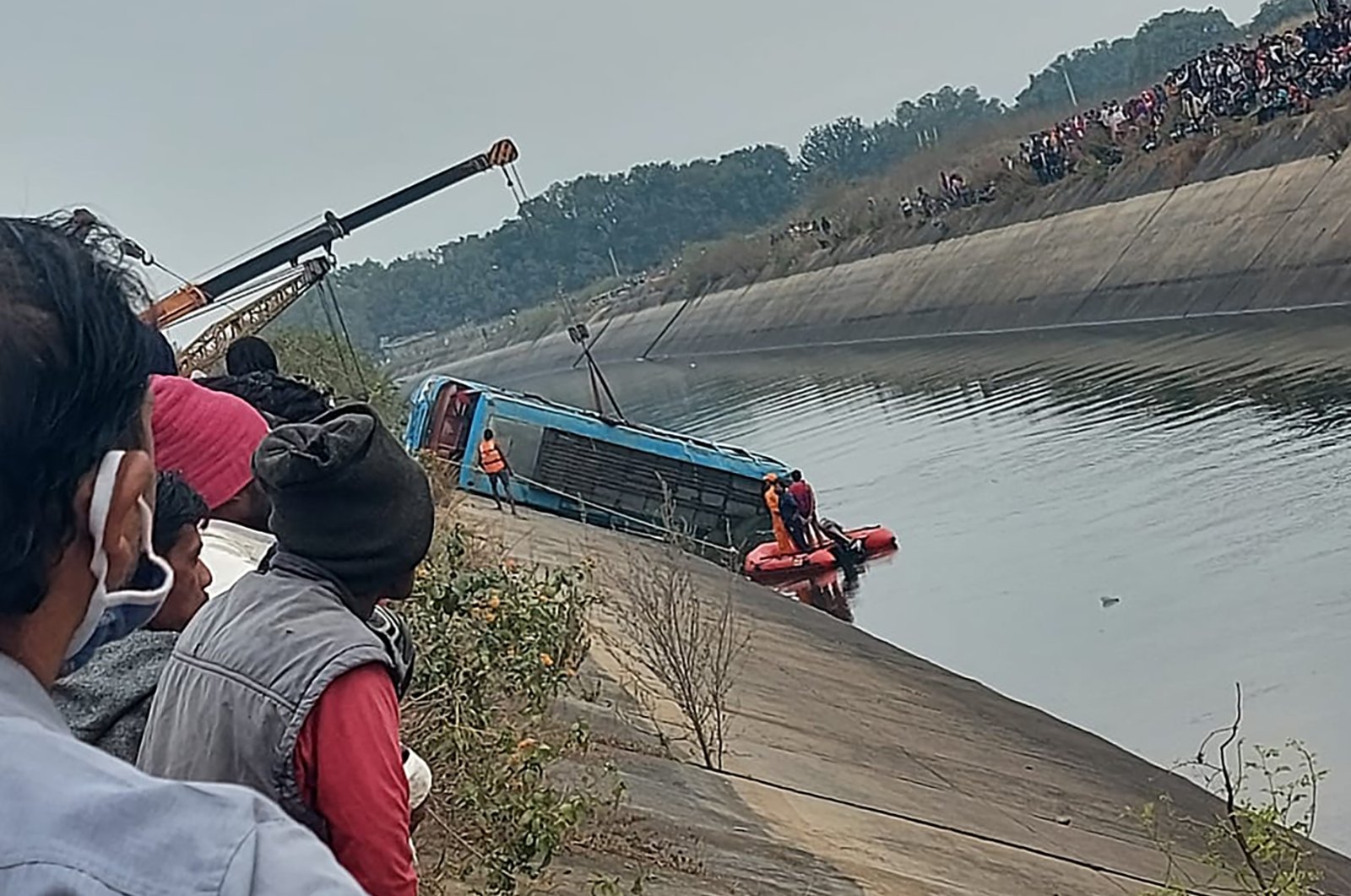 An overcrowded bus drove off a bridge and into a canal in central India on Tuesday, killing at least 40 people, an official said.

Six people were rescued after the accident in Madhya Pradesh state, District Magistrate Ravindra Kumar Choudhary said. He said more than 46 people were on board the bus, which was designed for 34, according to The Associated Press (AP).

Rescuers recovered 40 bodies and were searching for other passengers. The water supply to the canal was cut to aid the rescue effort. The bus was traveling from Sidhi district to Satna district when the accident occurred.

According to media reports, seven people, including the driver, managed to swim to safety.

"We have so far found 37 bodies, and they have been sent for autopsy. Search and rescue operations are underway," said district police superintendent Dharamveer Singh.

The state government has ordered an inquiry into the accident.

An initial investigation suggested the driver lost control of the bus, reports said. The bus then hit a bridge before crashing into the water.

Local officials stopped the release of water into the canal, which sped up the rescue operations and allowed two cranes to pull the bus out, reports said. The Times of India newspaper quoted sources saying it took three hours to lift the vehicle out.

Prime Minister Narendra Modi tweeted his condolences to the families of the victims and called the accident "horrific." His office said the families of those killed would receive 200,000 rupees ($2,750) in compensation.

The United States sees nearly five times more accidents than India every year, but the number of deaths in India is four times higher, according to the Times of India. The main causes are excessive speed, not wearing helmets – sales of two-wheelers far outstrip those of cars – and not using seatbelts.

In the same month, an out-of-control dumper truck crushed 15 people to death as they slept by the roadside in the western state of Gujarat. The dead included a baby girl, eight women and six men. The truck collided with a tractor carrying sugarcane just after midnight at a crossroads.