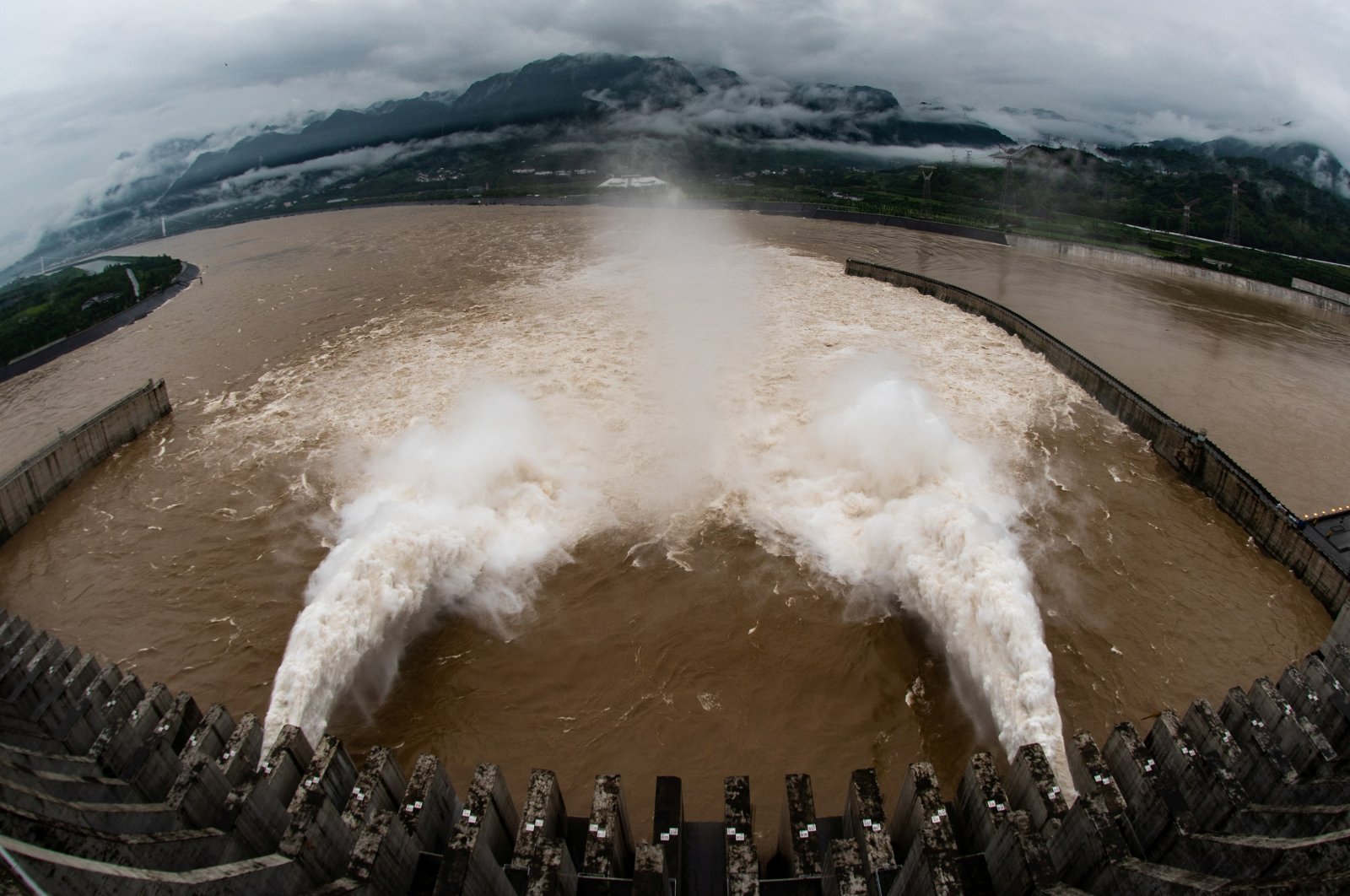 The Three Gorges Dam on the Yangtze River discharges water to lower the water level in the reservoir following heavy rainfall and floods in a few regions, in Yichang, Hubei province, China, July 17, 2020. (China Daily via Reuters)
by REUTERS Aug 21, 2020 11:26 am
RECOMMENDED

With 75,000 cubic meters per second of water flowing in from the Yangtze river on Thursday, the reservoir's depths reached 165.6 meters by Friday morning, up more than 2 meters overnight and almost 20 meters higher than the official warning level.

The maximum designed depth of China's largest reservoir is 175 meters.

Authorities raised the discharge volume to a record 48,800 cubic meters per second Thursday to try to lower water levels, and they might have to increase it again to avoid the possibility of a dangerous overflow.

"They will do everything they can to prevent the dam from overtopping," said Desiree Tullos, a professor at Oregon State University who studies the Three Gorges project.

"An overtopping dam is a worst-case scenario because it produces significant damage ... and can lead to the entire thing collapsing."

Rainfall in the Yangtze basin has been well over double the seasonal average this year. The floods had caused nearly 180 billion yuan ($26 billion) in economic damages by last week, and 63 million people have been affected.

The Three Gorges Project, completed in 2012, was designed not only to generate power but also to tame the fierce Yangtze, the cause of many devastating floods throughout China's history.

But opponents say the flood control capability of the Three Gorges Dam is limited, and it could even make the problem worse in the long term.