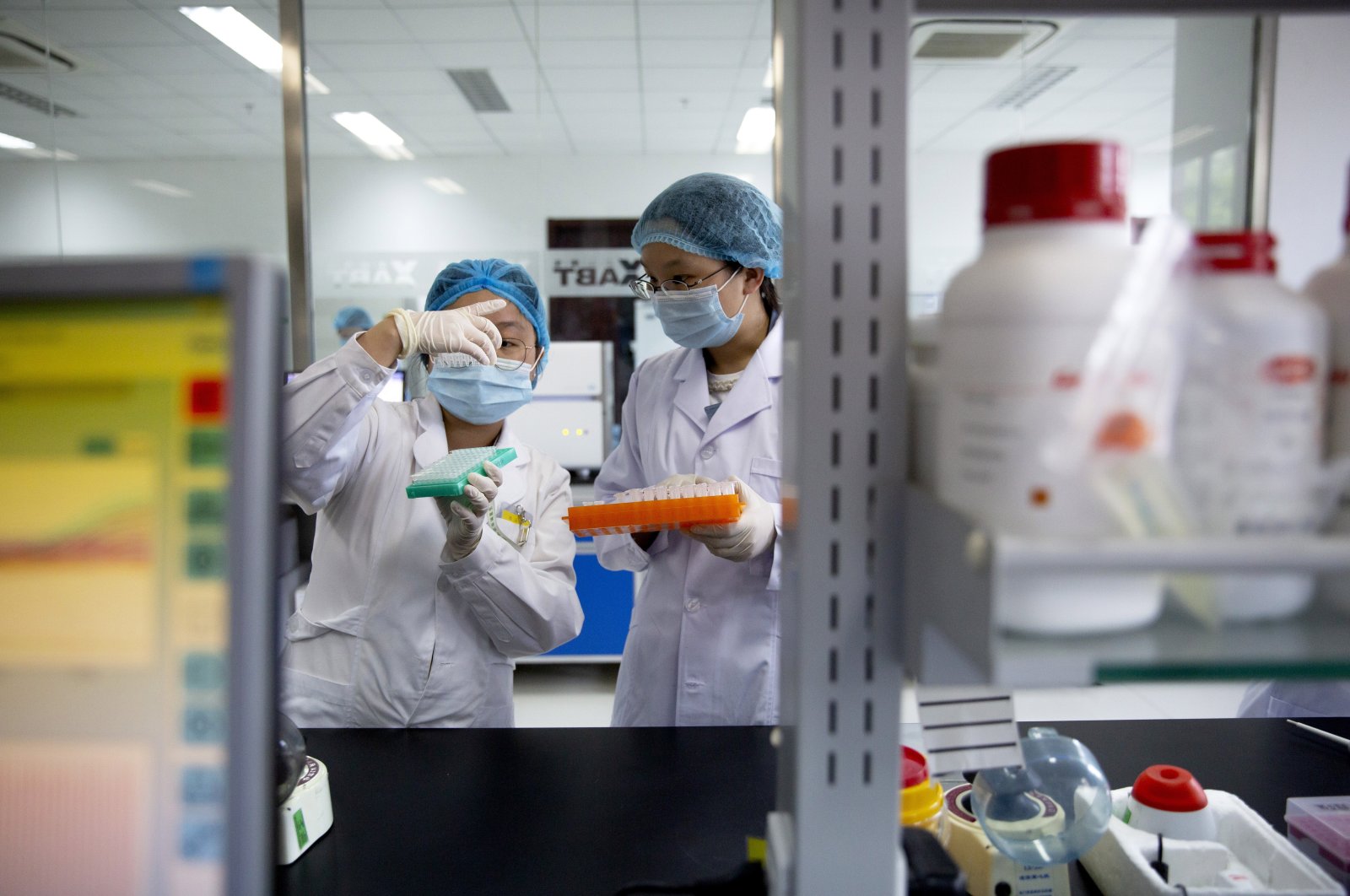 Employees work in a research and development lab of Beijing Applied Biological Technologies, a firm which is developing COVID-19 molecular diagnostic test kits, during a government-organized tour for journalists in Beijing, China, May 14, 2020. (AP Photo)
by French Press Agency - AFP Sep 18, 2020 11:20 am
RECOMMENDED

Thousands of people in northwest China have tested positive for a bacterial disease after a leak from a state-owned biopharmaceutical plant making animal vaccines last year.

Health officials in Lanzhou city said 3,245 people had contracted brucellosis, a disease often caused by close contact with infected animals or animal products that can bring about fevers, joint pain and headaches.

Another 1,401 people tested as an early positive for the disease, and health authorities said there was no evidence of person-to-person transmission so far.

Chinese authorities found a biopharmaceutical plant had used expired disinfectant in its production of Brucella vaccines for animals between July and August last year – meaning the bacteria was not eradicated in its factory exhaust.

Contaminated gas from the China Animal Husbandry Lanzhou Biopharmaceutical Factory in Lanzhou formed aerosols containing the bacteria, and this was then carried by wind to the Lanzhou Veterinary Research Institute, infecting nearly 200 people there as of December last year.

More than 20 students and faculty members of Lanzhou University, some of whom had been to the institute, subsequently tested positive as well, according to Xinhua news agency.

Lanzhou's health commission said Friday that sheep, cattle and pigs were most commonly involved in the spread of the bacteria.

According to the U.S. Centers for Disease Control and Prevention (CDC), person-to-person transmission of brucellosis is "extremely rare" but some symptoms may reoccur or never go away.

These include recurrent fevers, chronic fatigue, swelling of the heart or arthritis.

The factory – which apologized earlier this year – has had its brucellosis vaccine production license revoked, Lanzhou authorities said.

Compensation for patients would start in batches from October, according to local authorities.