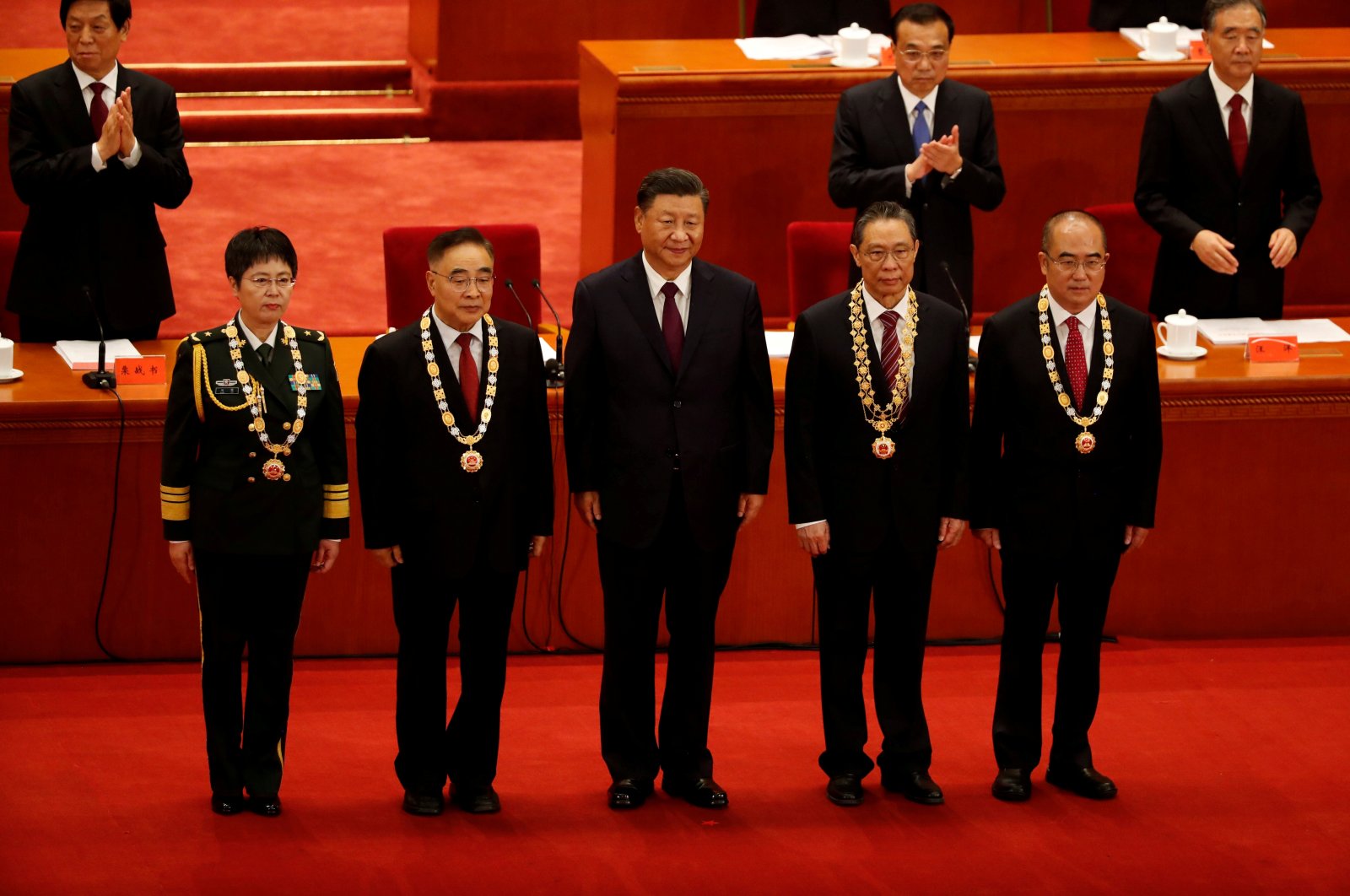 China has passed "an extraordinary and historic test" with its handling of the coronavirus, President Xi Jinping said Tuesday at a triumphant awards ceremony for medical professionals decorated with bugle calls and applause.

The nation's propaganda machine has churned out praise for China's COVID-19 response, reframing the public health crisis as an example of the agility and organization of the Communist leadership.

Xi doled out gold medals to four "heroes" from the medical field in front of hundreds of applauding delegates on Tuesday, all wearing face masks and strikingly large red flower pins.

"We have passed an extraordinary and historic test," Xi said, praising the country for a "heroic struggle" against the disease.

"We quickly achieved initial success in the people's war against the coronavirus. We are leading the world in economic recovery and in the fight against COVID-19," he said.

China has come under intense global scrutiny over its response to the virus, with the U.S. and Australia leading accusations against Beijing that it covered up the origins and severity of the virus.

Tuesday's lavish ceremony in the Great Hall of the People began with a minute's silence for those who lost their lives during the outbreak.

The four awardees included 83-year-old Zhong Nanshan – the country's most famous medical expert who emerged as the face of China's fight against the contagion.

He was awarded China's top national medal by Xi, who placed it around Zhong's neck.

"We will join hands with the ... world's medical workers to continue the fight in tracing the origins of the virus," said Zhong.

Beijing has insisted the source of the virus – which first emerged in the Chinese city of Wuhan late last year – is still unknown.

Three others were given the honorary title of "The People's Hero" – biochemical expert Chen Wei, the head of a hospital in Wuhan, and a 72-year-old expert in traditional Chinese medicine.

Some delegates were in tears during a series of speeches.

There was no mention however of whistleblower doctor Li Wenliang, who was among the first to be silenced for raising the alarm about the outbreak and later died from the disease.

Before the ceremony, state broadcaster CCTV showed a video montage of Wuhan at the peak of the outbreak set to rousing music, including images of medical staff in hazmat suits and crowded hospitals.

According to official numbers there have been 4,634 deaths in China from COVID-19. The government has largely contained the outbreak through a serious of strict lockdowns and travel restrictions.