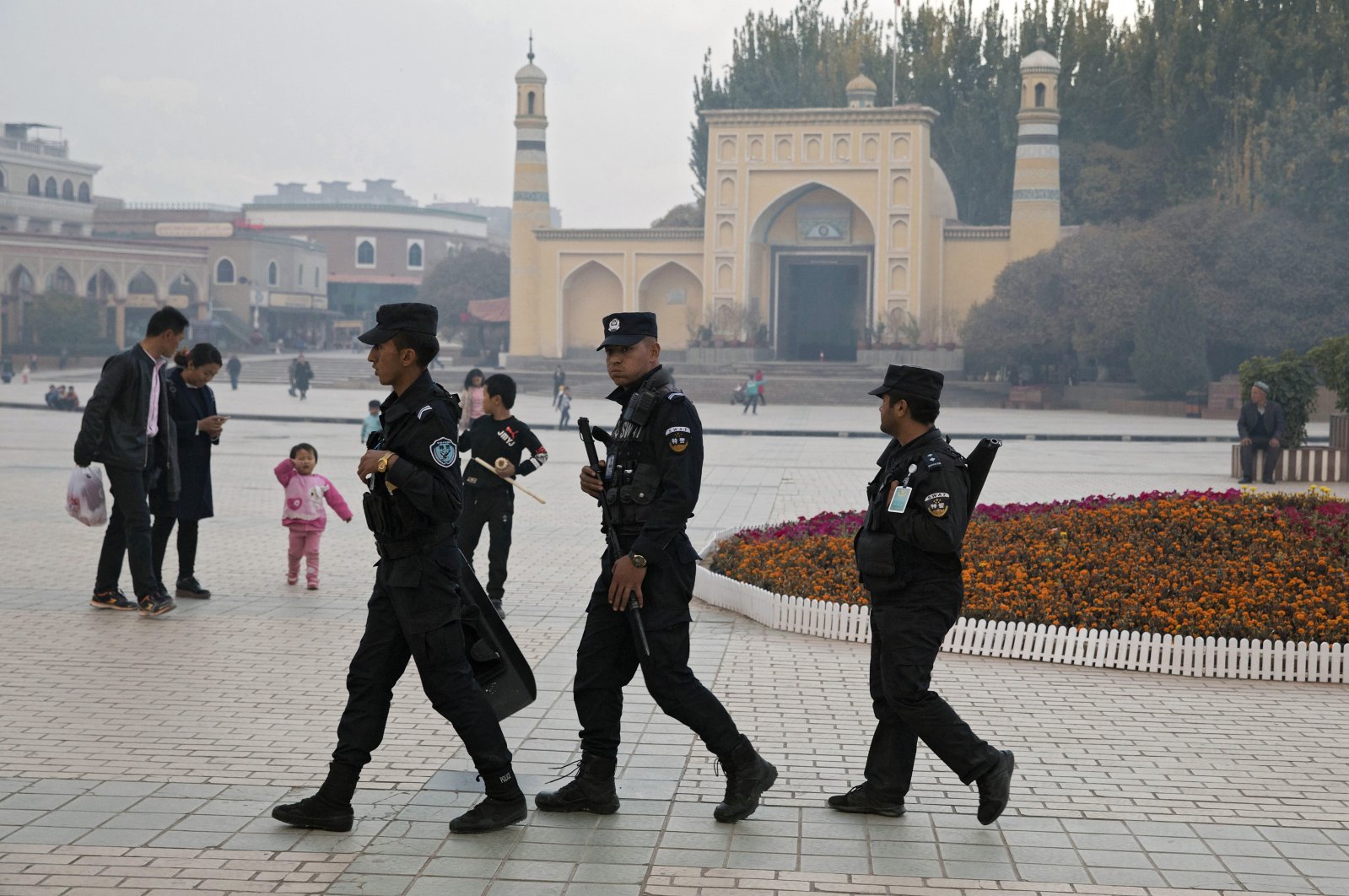 A Chinese Communist Party official signaled Monday that there would likely be no let-up in its crackdown in the remote Xinjiang region, but said the government’s focus is shifting more to addressing the roots of extremism.

China’s policies in Xinjiang, home to the Uighurs and other predominantly Muslim ethnic groups, have become a major point of division with the U.S. and other Western nations over alleged human rights violations.

“We cannot be complacent at this moment because the threats are still out there,” Xu Guixiang, the deputy director-general of the Xinjiang Communist Party publicity department, said in an interview with The Associated Press in Beijing.

Analysts say China has detained more than a million people in Xinjiang, forcing many to give up at least elements of their faith and traditions. Chinese officials tout the success of their effort to deradicalize the population and provide job training, saying the region hasn’t had a terrorist attack in four years.

Xu did not directly answer whether or not security measures would be relaxed but said that, “Four years free of terrorism does not mean there is no threat or danger at all.”

He said the party is exploring ways to achieve sustained stability in multiethnic border areas such as Xinjiang, a region in China's far west about 2,400 kilometers (1,500 miles) from Beijing.

“We need to think more about the deep-seated issues, including the social foundation and the soil that give rise to extremism and terrorism,” he said.

Xu repeated the government’s vehement denials of forced labor, in which vocational training graduates are allegedly pressured to work in factories both in Xinjiang and elsewhere in China.

He said that 117,000 people have gone to work in other parts of China since 2014 through programs that have enabled them to develop skills and leave farms for higher-paying factory work.

The U.S. customs agency has blocked imports of clothing and other goods from Xinjiang this year over the forced labor issue, and U.K. politicians are demanding that British companies ensure their supply chains are free of forced labor.

The U.S. restrictions have driven some of the region’s firms to seek other markets, Xu said, both at home and abroad.

“One can’t assume that Xinjiang companies can’t live without the U.S. market or some U.S. companies,” he said.

Earlier Monday, Xu and other officials held a three-hour news conference in Beijing to refute persistent and mounting international criticism of the government's actions in Xinjiang.

They brought in two graduates of vocational training centers and two other workers and showed video interviews with others. All extolled the opportunities given to them. None said they were forced to do anything.

Xinjiang officials have not allowed journalists for foreign news media to report freely in the region, outside of visits that they arrange.

Elijan Anayat, a spokesperson for the Xinjiang government and an ethnic Uighur, said that reports of forced sterilization to limit Uighur population growth was sheer fabrication by anti-Chinese forces.

Xu, in the interview, echoed that denial. He attributed a recent fall in Xinjiang’s birthrate to a younger generation wanting smaller families and stricter implementation of limits on the number of children since 2017.

The family planning policy was revised in 2017 to allow two children for urban families in Xinjiang, and three children for rural families.