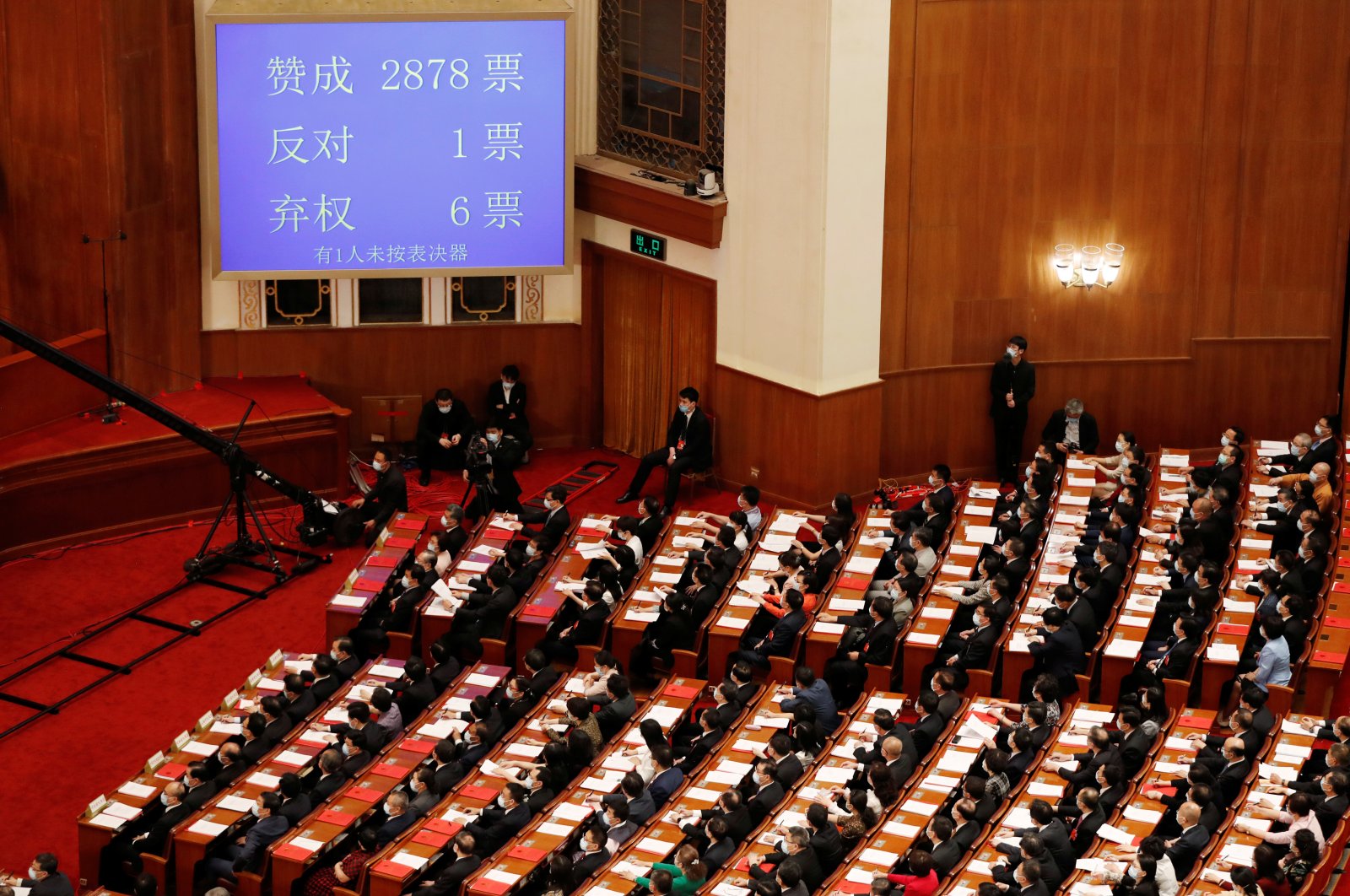 A screen shows the results of the vote on the national security legislation for the Hong Kong Special Administrative Region at the closing session of the National People's Congress (NPC) at the Great Hall of the People in Beijing, May 28, 2020. (Reuters Photo)
by French Press Agency - AFP
May 28, 2020 10:33 am

Over 2,800 members of the National People's Congress (NPC) voted overwhelmingly in favor of the proposal to draft the law, which would punish secession, subversion of state power, terrorism and acts that endanger national security.

The announcement of the result was met with sustained and loud applause by delegates.

Only one person opposed the proposal, while six abstained.

According to a draft of the proposal released last week, the law would allow mainland security agencies to operate openly in Hong Kong.

The NPC Standing Committee – which is likely to meet next in June – will now be tasked with formulating the legislation, which Beijing has said must be done "at an early date."

The plans have prompted condemnation from foreign governments, investors and Hong Kong's pro-democracy movement, who say China is eradicating the freedoms it promised the city under its 1997 handover agreement with Britain.

The U.S. Wednesday revoked its special status for Hong Kong, alleging the city was no longer autonomous from Beijing, paving the way for future sanctions and the removal of trading privileges in the financial hub.

"More than 20 years after Hong Kong's return, however, relevant laws are yet to materialize due to the sabotage and obstruction by those trying to sow trouble in Hong Kong and China at large, as well as external hostile forces," Wang said.

China has not only refused to address protesters' concerns but also routinely attacked them as "anti-China chaotic forces" secretly backed by Western powers, bent on destroying the city and seeking full independence from the mainland.

Mainland authorities frequently use the national security law to detain activists, journalists and lawyers under the pretext of "state subversion" – in some cases for several years without trial or access to lawyers.

Several critical details about the law have yet to be clarified – including how it will define crimes as well as "foreign interference," whether offenders would be tried in Hong Kong or China, whether Hong Kong's foreign judges will be allowed to decide national security cases, and whether the law would be retroactive.