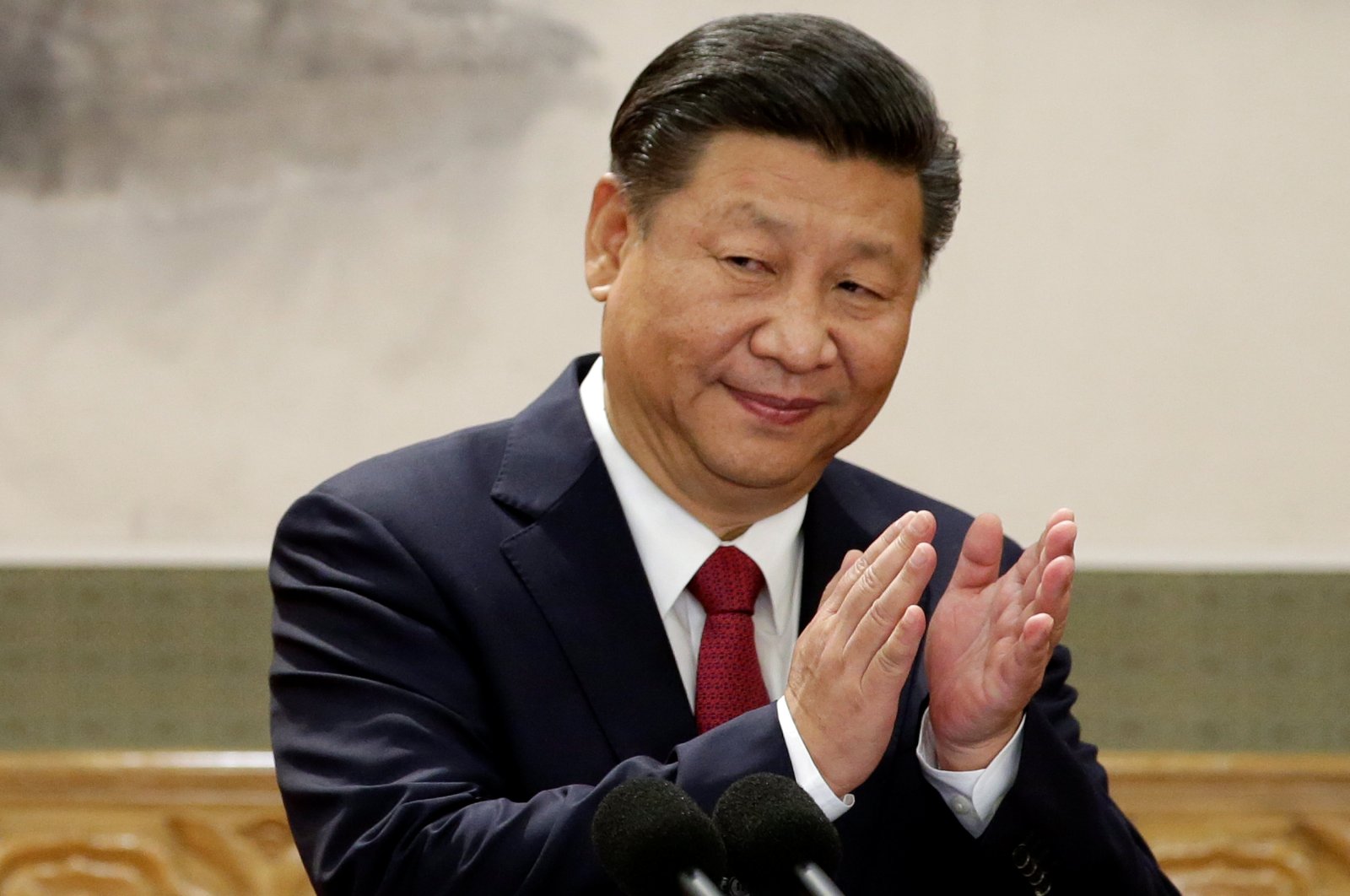 China's President Xi Jinping claps after his speech as he and other new Politburo Standing Committee members meet with the press at the Great Hall of the People in Beijing, Oct. 25, 2017. (Reuters Photo)
by Agencies Nov 25, 2020 5:13 pm
RECOMMENDED

China became one of the last major governments to congratulate Biden. There was no explanation for the delay but some commentators suggest Beijing might want to avoid straining relations with President Donald Trump, who hasn't conceded, the report by The Associated Press said.

In a congratulatory message, Xi told Biden that "healthy and stable” relations were "the common expectation of the international community,” according to a statement carried by the official Xinhua News Agency.

"We hope the two sides will uphold the spirit of non-conflict and non-confrontation, mutual respect and win-win cooperation, will focus on cooperation, control differences and promote healthy and stable development of Chinese-U.S. relations,” the statement said.

US-China relations have hit historic lows in recent months, as the two superpowers have traded barbs over a variety of issues including the trade war, espionage allegations, human rights, media freedoms and tech rivalry.

Both countries have repeatedly attacked each other's handling of the deadly coronavirus pandemic, with Washington blaming China's lack of transparency during the initial outbreak in Wuhan late last year.

According to Agence France-Press (AFP) Xi added that the "healthy and stable development of U.S.-China relations accords with the fundamental interests of both peoples".

China's foreign ministry congratulated Biden on Nov. 13, nearly a week after many U.S. allies had, holding out as Trump, who is still challenging the election results, refused to concede defeat. In 2016, Xi sent congratulations to Trump on Nov. 9, a day after that year's election.

Beijing had previously offered low-key congratulations to Biden and Harris on Nov. 13, well after several major countries had congratulated the president-elect on his victory after days of turmoil and anticipation as votes in key states were finalized.

"We understand the U.S. election results will be confirmed based on U.S. law and procedure," said Foreign Ministry Spokesperson Wang Wenbin during a routine briefing at the time.

Chinese media's response to Biden's victory since the result was confirmed earlier this month has been similarly muted.