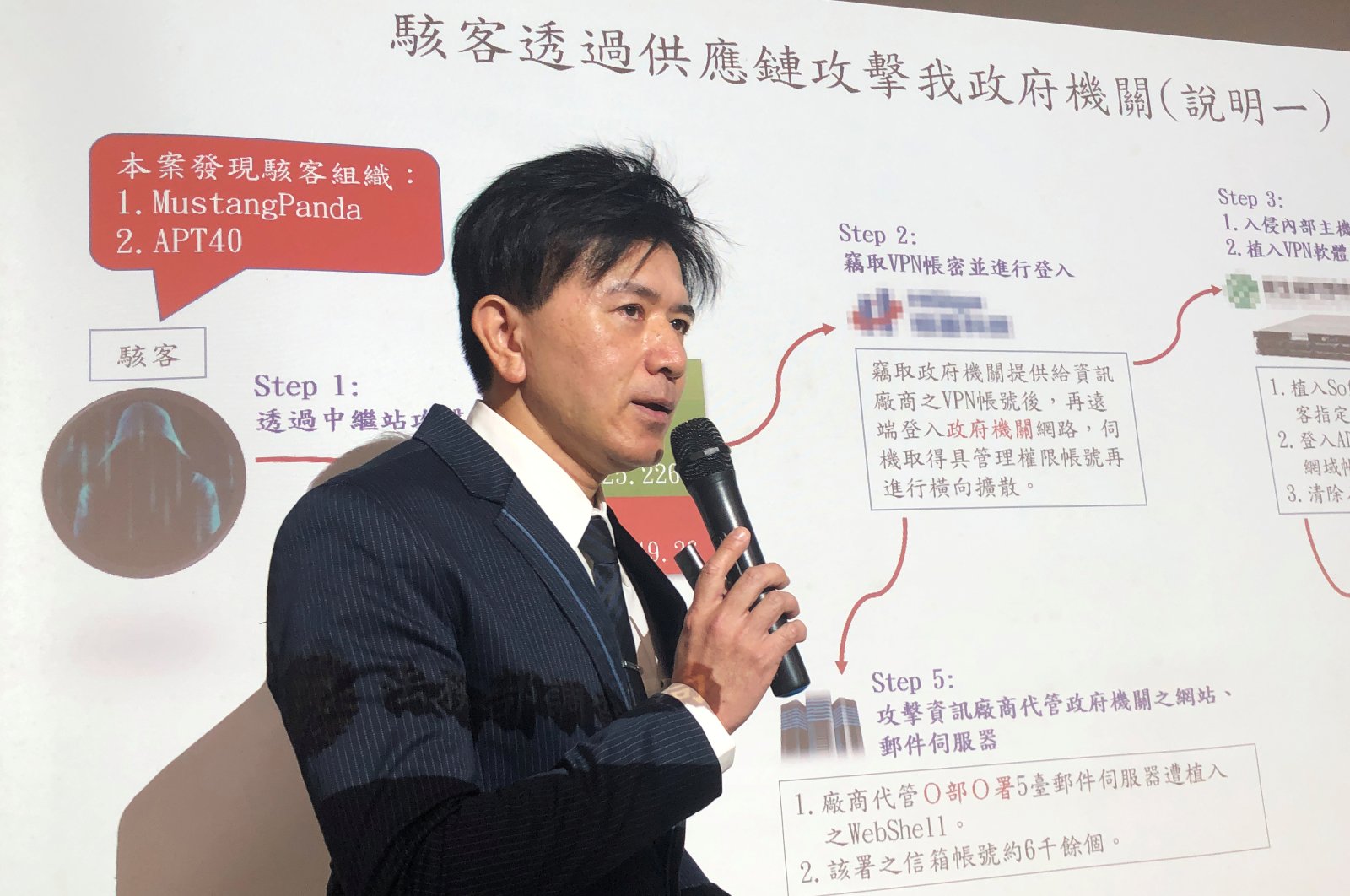 The damage done was "not small," according to a top Taiwan cyber official, who said the full impact was still being assessed.

Taipei has accused Beijing of stepping up a cyber campaign since 2016 when Taiwan elected President Tsai Ing-wen, who refuses to acknowledge Beijing's insistence that the self-ruled democratic island is part of "one China."

Tsai, who views Taiwan as de facto independent, won re-election by a landslide in January in what was seen as a strong rebuke to Beijing's campaign to influence the island.

"We know for sure that these 6,000 emails have been compromised. We are still assessing the extent of the damage," the office's deputy director, Liu Chia-zung, told Agence France-Presse (AFP).

"As far as we know, the damage done by this infiltration is not small," Liu added.

"We are making this public because we want to alert everyone of the threat and stop further damage."

The announcement comes a week after U.S. health secretary Alex Azar wrapped up a historic trip to the self-ruled island as China warned Washington not to "play with fire."

Beijing has ramped up diplomatic and economic pressure on Taiwan as well as increasing military drills near the island, including its jets breaching Taiwan's air defense zone with unprecedented frequency in recent weeks.