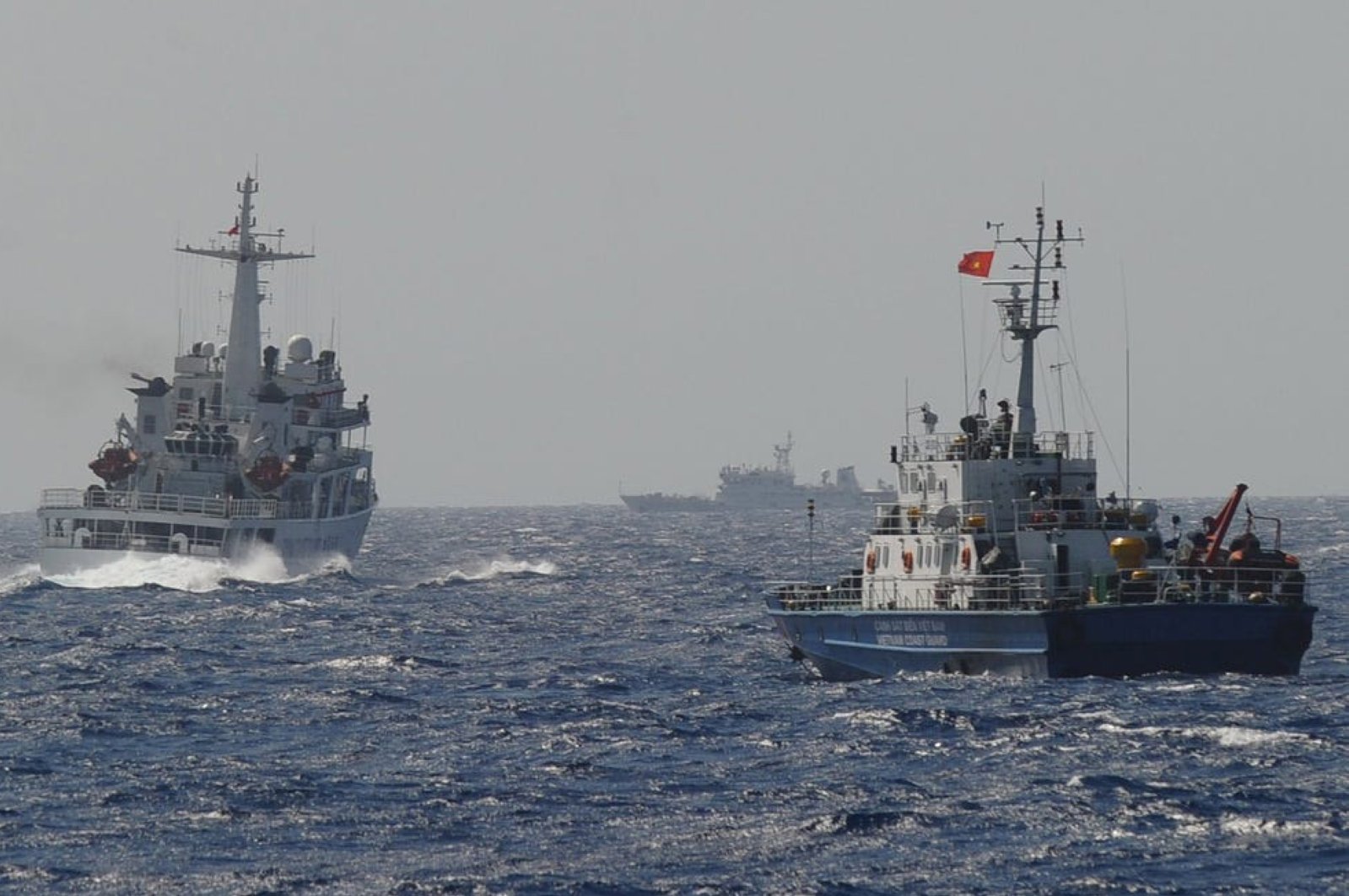 This picture taken on May 14, 2014 shows a Chinese coast guard vessel (C) followed by a Vietnamese coast guard ship near the area of China's oil drilling rig in disputed waters in the South China Sea. (AFP Photo)
by Compiled from Wire Services Apr 03, 2020 10:32 am
RECOMMENDED

"This is the first time a Chinese ship has hit and sunk boats in our commune this year," Nguyen Van Hai, a local official from the Quang Ngai province, a few hundred kilometers from the Paracel Islands, told dpa.

Beijing claims almost all of the South China Sea as its territory and has built artificial islands with military-capable facilities over reefs and outcrops in the area, which are also claimed in part by Vietnam.

Hai said China's ships hit and sank the fishing boat on Thursday morning before "capturing and detaining the crew" on a nearby island.

Two Vietnamese fishing boats attempted to rescue the eight fishermen, but they were also detained with their ships on the island, state media said, quoting local sources.

China released the eight fishermen and the two Vietnamese rescue boats on Thursday evening. Local authorities are waiting for them to dock back in Vietnam on Sunday to hear a full report on the case before sending their complaints to higher authorities, Hai told dpa.

China’s territorial claims extend far into the South China Sea, and it maintains a robust maritime presence that includes driving away non-Chinese fishing boats. Its coast guard performs most such actions, assisted by ships of the maritime militia – ostensibly civilian fishing boats that can swiftly be mobilized. There have been several previously reported incidents of Vietnamese fishing boats being attacked by Chinese vessels.

The Paracel Islands are claimed by Vietnam but were occupied by China in the aftermath of a 1974 invasion that killed dozens of Vietnamese.