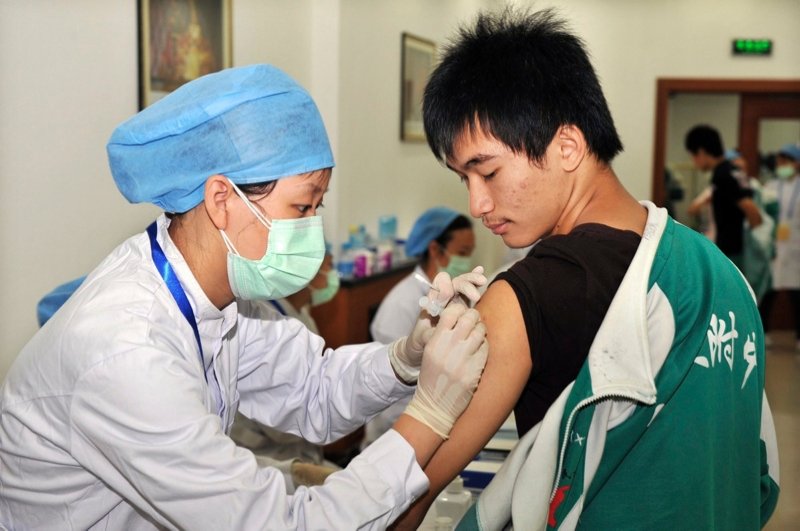 China's ambassador to Russia Zhang Hanhui told Interfax news agency on Monday that his country has developed a vaccine to cure the coronavirus, which also goes by its official name COVID-19.

"The vaccine has proven successful in its initial tests. Nevertheless, it is still at testing phase," the envoy said, adding that they are also trying another vaccine dating back to the Soviets.

Recently, China's Vice Science and Technology Minister Xu Nanping said that the earliest vaccine for the coronavius will be submitted for clinical trials around late April.

Xu made the remarks during a press briefing. Zhou Qi, deputy secretary-general of the Chinese Academy of Sciences, also told reporters companies which have resumed operations should ensure proper ventilation and maintain a safe distance among workers.

The new virus took aim at a broadening swath of the globe Monday, with officials in Europe and the Middle East scrambling to limit the spread of an outbreak that showed signs of stabilizing at its Chinese epicenter but posed new threats far beyond.

In Italy, authorities set up roadblocks, called off soccer matches and shuttered sites including the famed La Scala opera house. In Iran, the government said 12 people had died nationwide, while five neighboring countries — Iraq, Kuwait, Bahrain, Oman and Afghanistan — reported their first cases of the virus, with those infected all having links to Iran.

Across the world, stock markets and futures dipped on fears of a global slowdown due to the virus spread, with the Dow down more than 900 points during midday trading.

The number of people sickened by the coronavirus topped 79,000 globally, and wherever it sprung up, officials rushed to try to contain it.