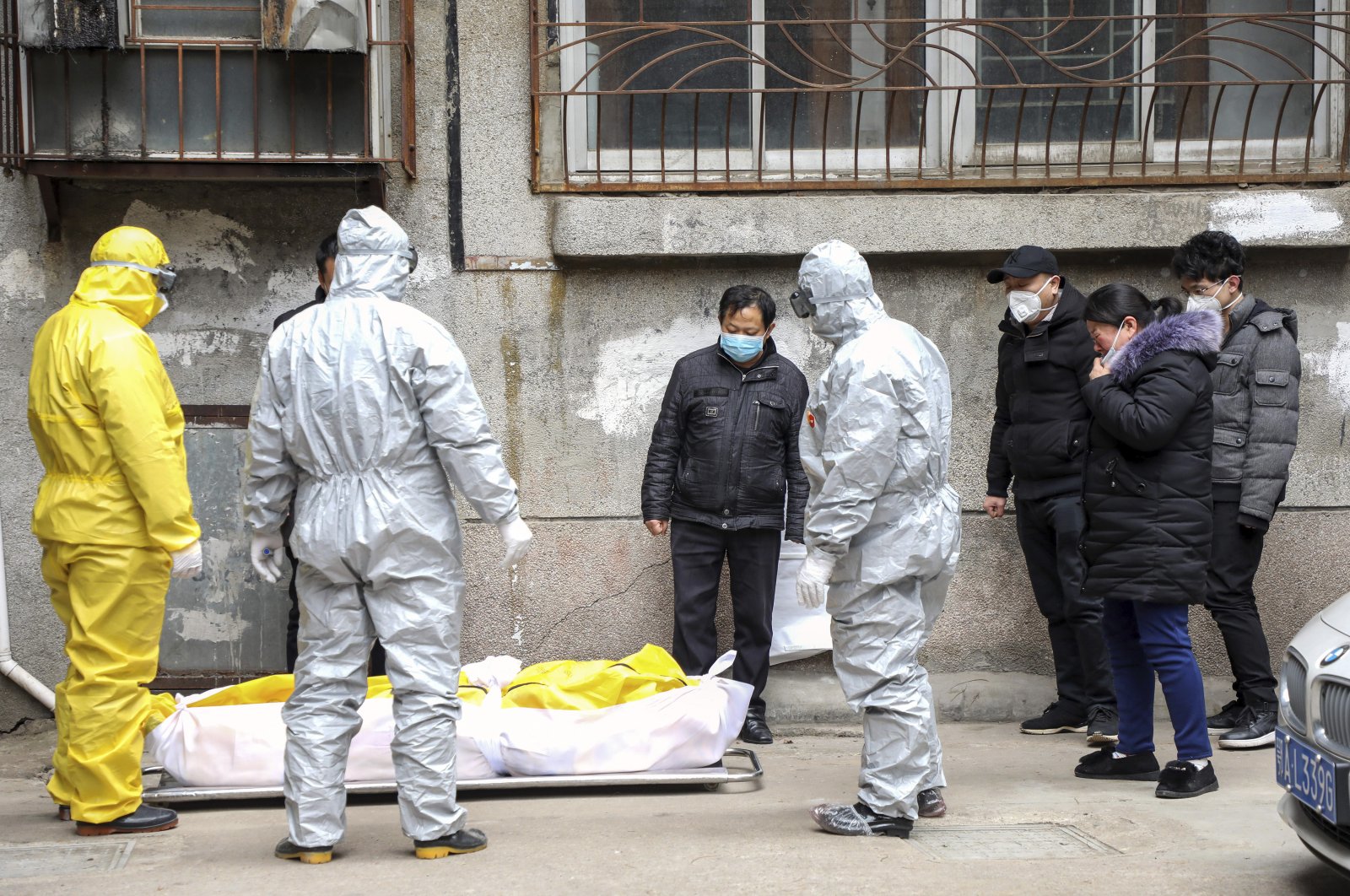 Funeral home workers remove the body of a person suspected to have died during the coronavirus outbreak from a residential building in Wuhan in central China's Hubei Province, Feb. 1, 2020. (Chinatopix via AP)
by Compiled from Wire Services Apr 17, 2020 9:13 am
RECOMMENDED

The central Chinese city of Wuhan raised its number of COVID-19 fatalities by 1,290, with state media saying Friday the undercount had been due to the insufficient admission capabilities at overwhelmed medical facilities at the peak of the outbreak.

Questions have long swirled around the accuracy of China’s case reporting, with Wuhan, in particular, going several days in January without reporting new cases or deaths. That has led to accusations that Chinese officials were seeking to minimize the impact of the outbreak and wasting opportunities to bring it under control in a shorter time.

United States Secretary of State Mike Pompeo on Wednesday called on China to show "full transparency" and share information in the fight against the COVID-19 pandemic. President Donald Trump had said previously that "you don't know what the (coronavirus) numbers are in China."

Hubei authorities have changed coronavirus tallies twice before. In mid-February, they switched diagnostic criteria to allow for the clinical diagnosis of new cases, as opposed to diagnoses based exclusively on nucleic acid tests, a move which at the time led to a tenfold increase in new coronavirus cases over the previous day. Authorities reversed the decision a week later.

China also caused an uproar by initially not including asymptomatic cases in its daily tallies – even if the cases were confirmed by nucleic acid tests.

Over the past few weeks, there has been intense speculation that the number of coronavirus casualties in Wuhan had much exceeded official reports, based on the number of urns released to family members in late March.

Media reports abounded of people who died at home without receiving medical care.

The state-run Xinhua news agency quoted Wuhan's municipal government as saying that the latest revisions were made "in accordance with related laws and regulations as well as the principle of being responsible for history, people and the deceased."

Earlier this month, after 11 weeks of lockdown, people went outdoors and by the thousands boarded the first trains and planes leaving Wuhan as the last restrictions on movement were lifted in the Chinese city where the coronavirus pandemic began.

Wuhan’s unprecedented lockdown was a model for countries trying to stop the coronavirus. With the restrictions ending, Hubei’s provincial capital begins another experiment: resuming business and ordinary life while preventing more coronavirus cases.

The city’s 11 million residents are now permitted to leave without special authorization as long as a mandatory smartphone application powered by a mix of data-tracking and government surveillance shows they are healthy and have not been in recent contact with anyone confirmed to have the virus.