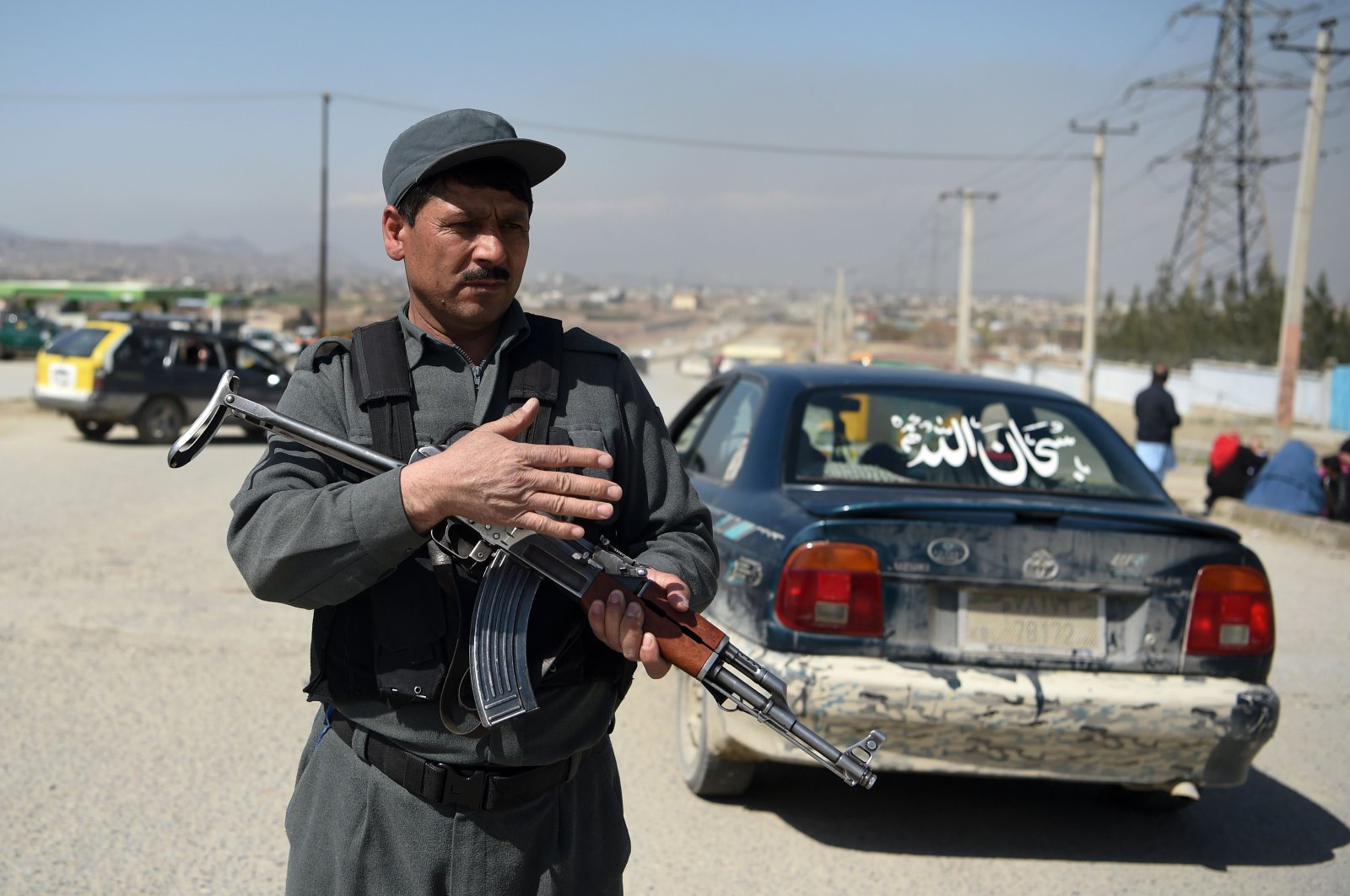 Police officer gestures as cars are stopped and searched at a road checkpoint in Kabul, Afghanistan, March 22, 2020. (AFP Photo)
by Compiled from Wire Services Mar 25, 2020 8:01 am
RECOMMENDED

Gunmen stormed a group of Afghanistan's minority Sikhs in their place of worship in the heart of Kabul's old city on Wednesday, killing 25 people, a Sikh lawmaker said. Within hours, the Daesh terrorist group claimed responsibility for the attack. Those killed included a child whose body was brought to a Kabul hospital, the emergency services and the hospital said. At least seven people were wounded.

The attack comes as Afghanistan is facing myriad crises including a raging insurgency, political deadlock, a massive cut in U.S. aid, a flailing peace process and rising coronavirus cases.

Afghanistan's interior ministry said even though police were at the place of worship, known as a Gudwara, the attackers continued shooting. The parliamentarian, Narindra Singh Khalsa, said he was near the Gudwara when the attack happened and ran to the site. He said at least four people were killed.

Earlier, as the news of the attack broke, Taliban spokesman Zabihullah Mujahed tweeted that the Taliban were not involved. Earlier this month, Afghanistan's Daesh affiliate struck a gathering of minority Shiite Muslims in Kabul, killing 32 people.

Around 1,000 Sikhs and Hindus are estimated to reside in what is otherwise an overwhelmingly Muslim nation. Sikhs have suffered widespread discrimination and have also been targeted by terrorists. Under Taliban rule in the late 1990s, they were asked to identify themselves by wearing yellow armbands, but the rule was not enforced. In recent years, large numbers of Sikhs and Hindus have sought asylum in India, which has a Hindu majority and a large Sikh population.
In July 2018, a convoy of Sikhs and Hindus was attacked by a Daesh suicide bomber as they were on their way to meet Afghan President Ashraf Ghani in the eastern city of Jalalabad, the capital of Nangarhar province. Nineteen people were killed in that attack.