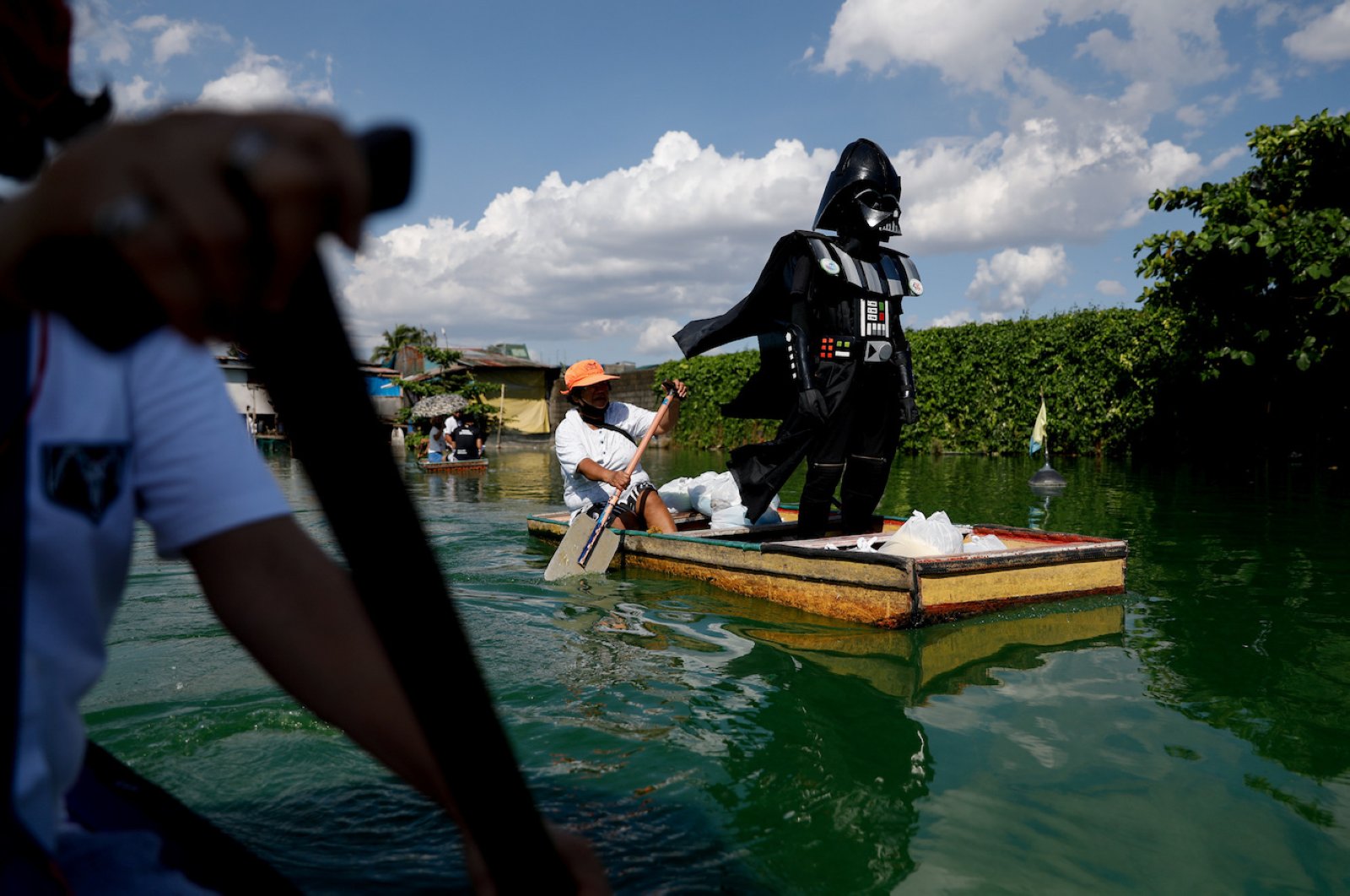 A village officer dressed as the Star Wars character Darth Vader rides a small boat to deliver relief goods to residents in the flooded Artex Compound in Malabon, Metro Manila, Philippines, May 4, 2020. REUTERS/Eloisa Lopez
by Reuters May 04, 2020 4:17 pm

Dressed as "Star Wars" characters, local officials in the Philippines are out and about to enforce strict quarantine measures while also handing out relief packages.
With Darth Vader and stormtrooper outfits made from rubber mats and old plastic, the youth leaders catch the attention of villagers on the outskirts of Manila, who are then reminded to stay indoors.

"We tell off residents who still go outdoors without the proper quarantine passes needed and also those who do not wear face masks. We make sure the government guidelines are properly followed," Muriel Baldago, an elected official dressed in a stormtrooper costume, told Reuters.

His get-up is greeted with smiles and offers villagers a little distraction from the outbreak, he added.

On May 4, also known as Star Wars Day and celebrated worldwide by fans of the franchise, government workers in costume also rode in small wooden boats to distribute relief packs containing rice and canned goods in a nearby coastal neighborhood.

The Philippines, whose capital and main cities are under strict quarantine protocols until mid-May, has recorded 9,485 confirmed coronavirus cases, 623 deaths and 1,315 recoveries as of Monday, government figures showed.