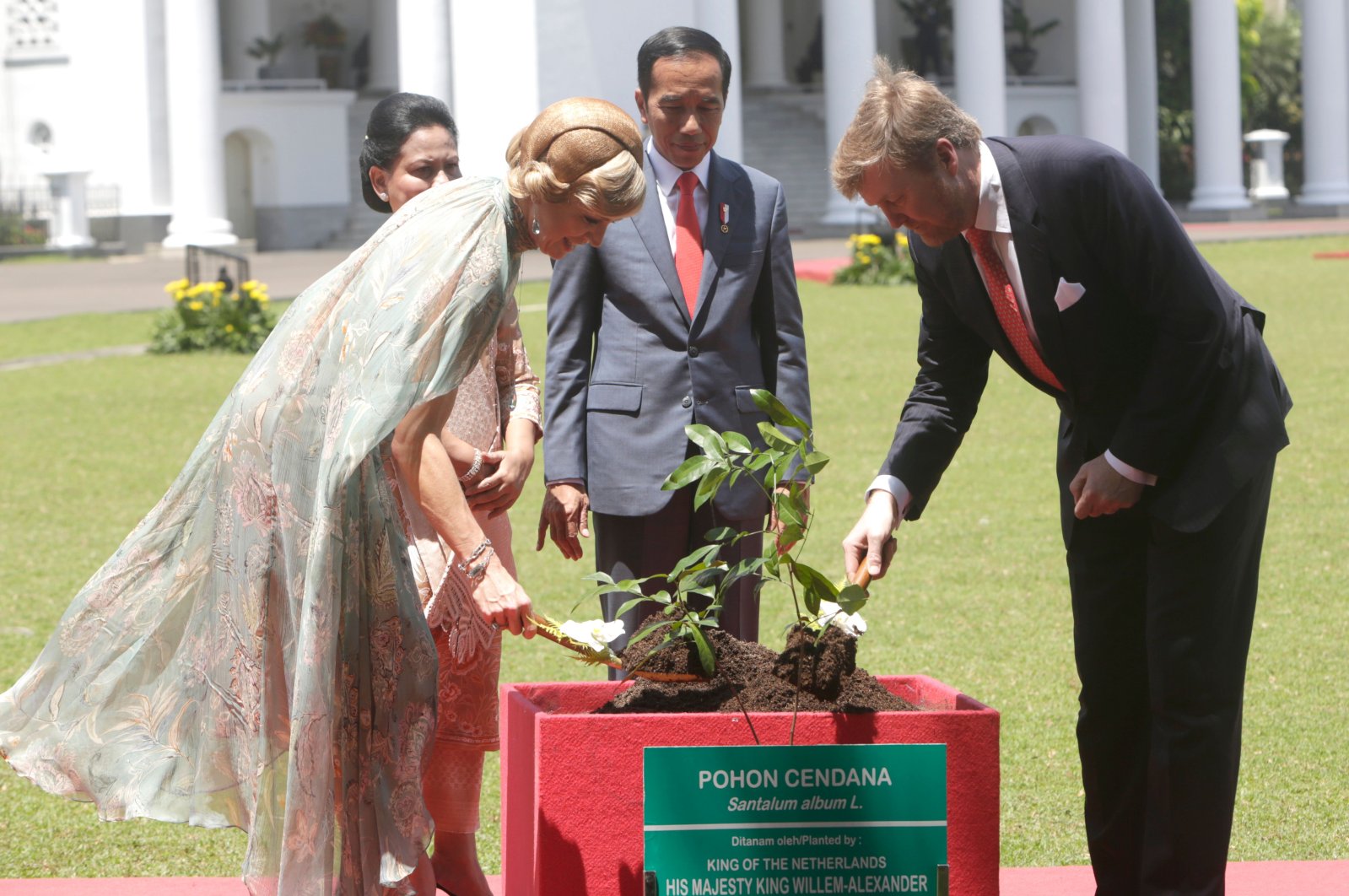 Dutch King Willem-Alexander apologized to Indonesia on Tuesday for "excessive violence" during the former colony's independence struggle in the 1940s.

The king made the remarks during a state visit to the country with Queen Maxima after a ceremony with Indonesian President Joko Widodo in the capital Jakarta.

Indonesia declared its independence on Aug. 17, 1945, following a brief wartime occupation by the Japanese and several hundred years as a Dutch colony.

"The past cannot be erased, and will have to be acknowledged by each generation in turn," the king said in a joint statement.

In the years after the independence proclamation "a painful separation followed that cost many lives ... I would like to express my regret and apologize for excessive violence on the part of the Dutch in those years," he added.

"I do so in the full realization that the pain and sorrow of the families affected continue to be felt today," he said.

In 2013, the Dutch government publicly apologized to Indonesia for mass killings by its army in the 1940s war of independence, in the first general apology for all executions.

But the apology Tuesday was a first by a Dutch monarch, according to two sources, including a senior Indonesian government official.

Previously, the Dutch government announced compensation to the widows of those who died in mass killings.

But not all have received funds, according to the Committee for Dutch Honour Debts.

"Our country suffered a lot from Dutch crimes and they have to pay for what they have done," said Jeffry Pondaag, the committee's Netherlands-based chairman.

Also Tuesday, the Dutch royals said they were "deeply saddened" at the news of a fatal boat crash that killed seven Indonesian government employees and injured 20 others, including two Dutch embassy staff.

The accident happened as officials secured an area in Indonesia's section of Borneo island where the royal couple was to visit this week.