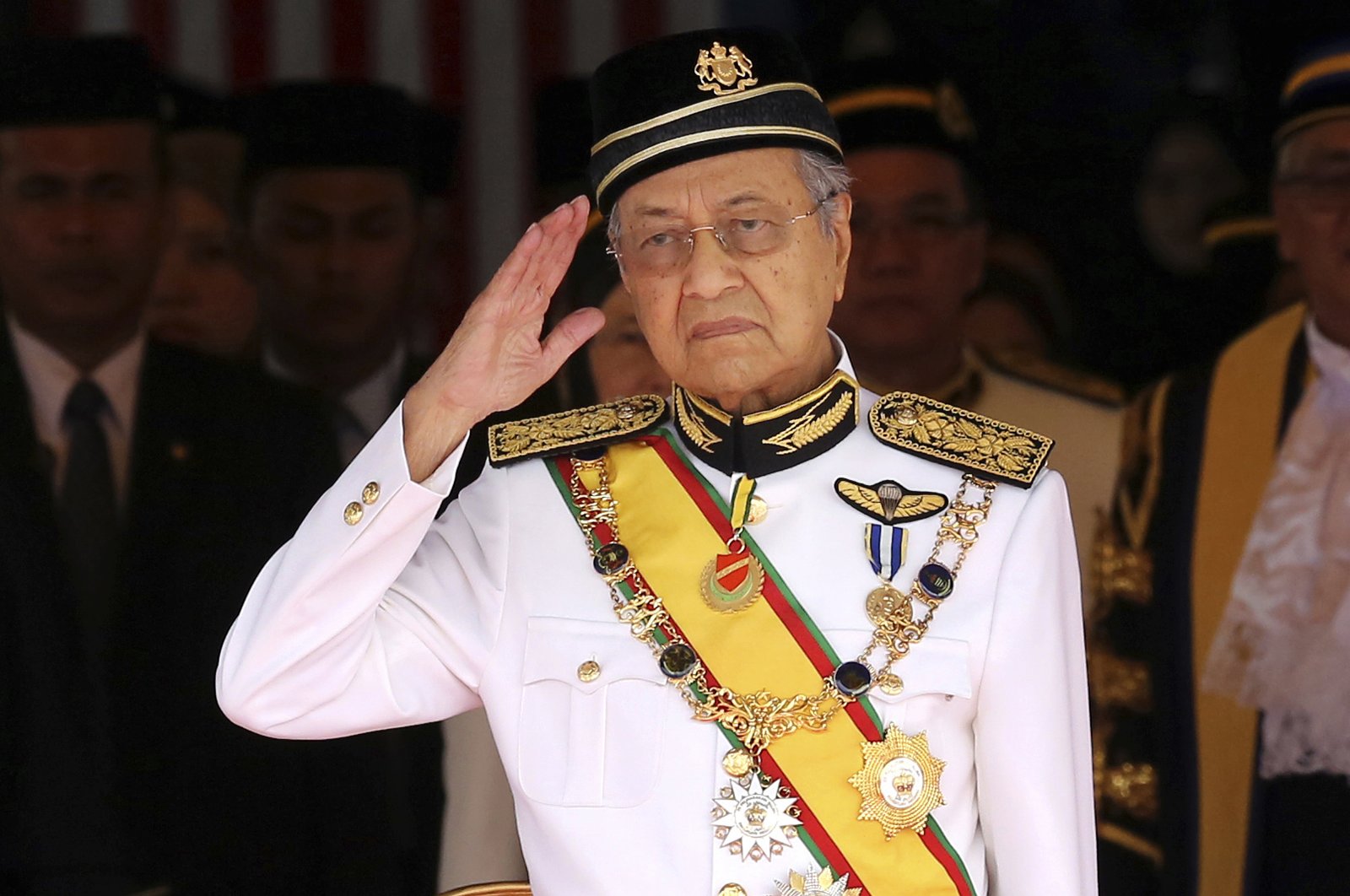 Malaysia's former Prime Minister Mahathir Mohamad has been ousted from his ethnic Malay political party in the latest twist of a power struggle with his successor, but he has vowed to challenge the move.

The 94-year-old Mahathir, along with his son and three other senior members, were expelled from the Bersatu party on Thursday.

The party has been split into two camps since intense political wrangling led Mahathir to resign the premiership in February and the king to appoint fellow party member Muhyiddin Yassin as his replacement despite Mahathir's objections.

Mahathir’s son Mukhriz Mahathir had since challenged Muhyiddin as party president in a vote that's been postponed by the coronavirus pandemic.

“The unilateral action by Bersatu’s president to sack us without valid reason is due to his own fears in facing party elections as well as his unsafe position as the most unstable prime minister in the history of the country’s administration,” a joint statement by Mahathir and the four others read.

Mahathir co-founded Bersatu with Muhyiddin in 2016, and the party joined an alliance that won a stunning victory in 2018 polls, leading to the first change of government since independence.

The ruling alliance collapsed after Muhyiddin pulled Bersatu out to work with the former government, which has been accused of massive corruption. Mahathir, a two-time prime minister, resigned in protest.

Mahathir has said he still has the majority support of lawmakers and has called for a no-confidence vote against Muhyiddin. The vote has been delayed amid the pandemic but could be held at the next sitting of Parliament in July.

In their statement, Mahathir and the other expelled members said the move was illegal and they may take legal action to challenge their termination and ensure Bersatu isn't used as a vehicle for those crazy for power.

Party letters sent to the five said their membership had ceased as they sat with the opposition bloc during a half-day parliament sitting on May 18. But the letter was signed by a lower official who Mahathir’s group and others said had no power to remove them. Muhyiddin had earlier tried to reconcile with Mahathir but failed.

The current government includes the party of ex-Prime Minister Najib Razak, who is on trial on charges related to a massive financial scandal.