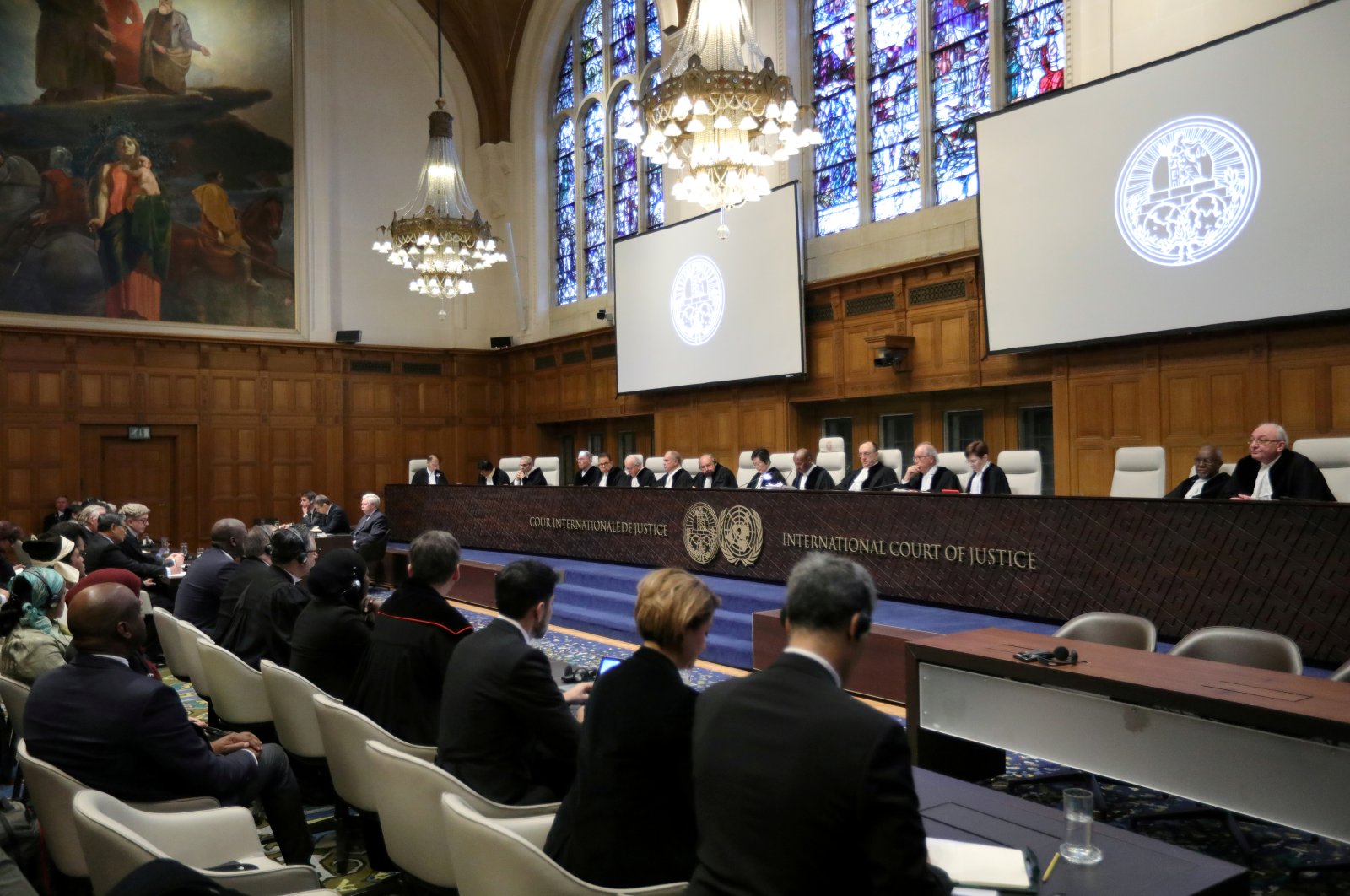 General view of the court during the ruling in a case filed by Gambia against Myanmar alleging genocide against the minority Muslim Rohingya population, at the International Court of Justice (ICJ) in The Hague, Netherlands on Jan. 23, 2020. (Reuters Photo)
by REUTERS Aug 06, 2020 3:24 pm
RECOMMENDED

Facebook has objected to a request from Gambia, which has accused Myanmar at the World Court of genocide against the Rohingya Muslim minority, to release posts and communications by members of Myanmar's military and police.

The social media giant urged the U.S. District Court for the District of Columbia on Tuesday to reject the demand, which it said would violate a U.S. law that bars electronic communication services from disclosing users' communications.

Facebook said the request, made in June, for the release of "all documents and communications" by key military officials and police forces was "extraordinarily broad" and would constitute "special and unbounded access" to accounts.

The case before the United Nations' International Court of Justice in The Hague accuses Myanmar of violating the 1948 U.N. Convention on Genocide. Myanmar authorities say they were battling an insurgency and deny carrying out systematic atrocities.

More than 730,000 Rohingya Muslims fled Myanmar’s Rakhine state in August 2017 after a military crackdown that refugees said included mass killings and rape. Rights groups documented the killings of civilians and the burning of villages.

In 2018, U.N. human rights investigators said Facebook had played a key role in spreading hate speech that had fuelled the violence. Facebook has said it is working to block hate speech.

On Thursday, a spokesperson said Facebook “stands against hate and violence, including in Myanmar."

“We support action against international crimes and are working with the appropriate authorities as they investigate these issues,” the spokesperson said.

The company said it was working with the U.N. Independent Investigative Mechanism for Myanmar, an investigative body that will support any future prosecution in international courts.

The ICJ, commonly known as the World Court, accepts cases between states. The suit was brought by Gambia with the backing of a group of Muslim countries.